Ever since we moved into our current home – a 1920s bungalow – we’ve been underwhelmed with the two white columns between the living and dining rooms. We wanted to open up the space and we wanted the general style in the home to be more in keeping with a vintage bungalow style. 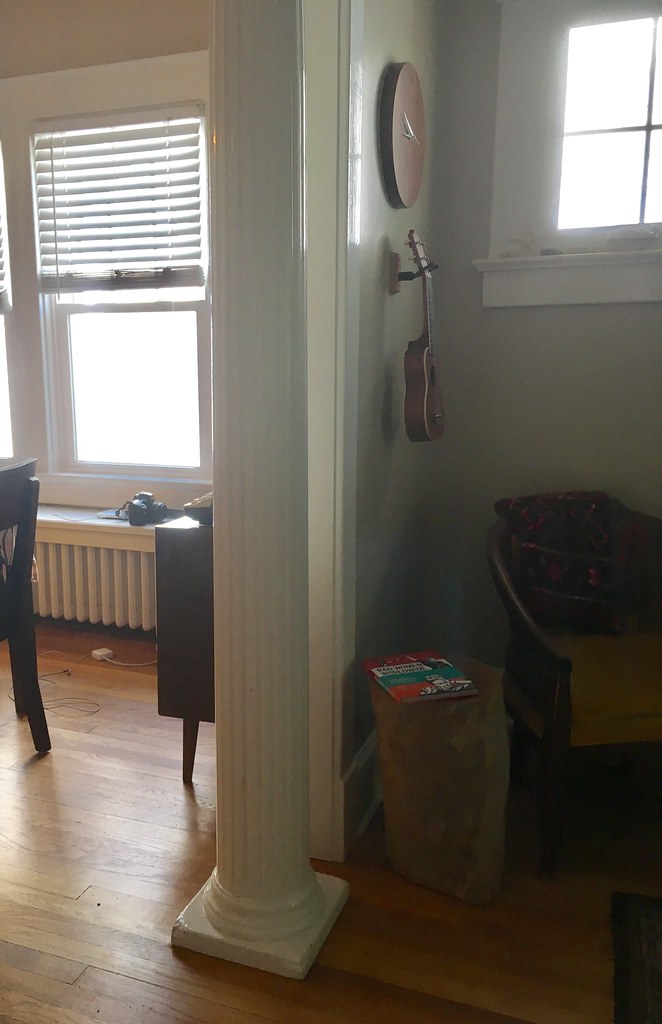 After determining that the columns were not load-bearing, we watched a few YouTube videos, and over the course of an hour, took them out. Here’s how it went: Matt borrowed the neighbor’s saw and (yes, he’s not wearing safety glasses as he should be), he sawed through the middle of the column. They’re made of nice mitered wood pieces, but are hollow in the middle. 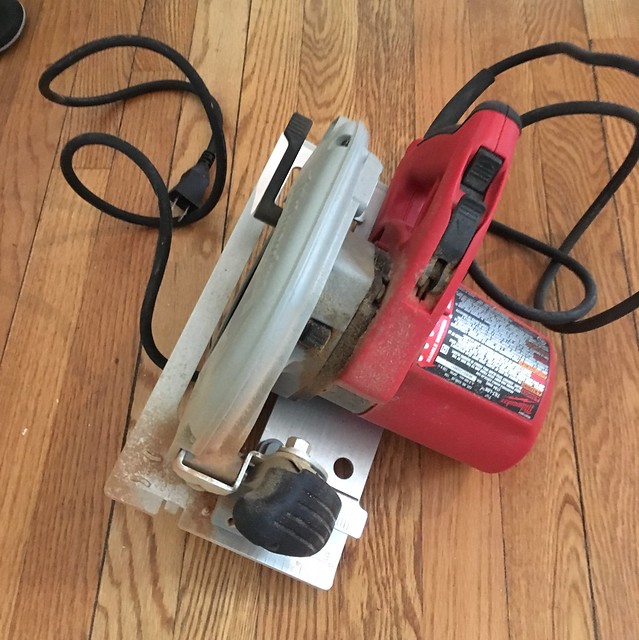 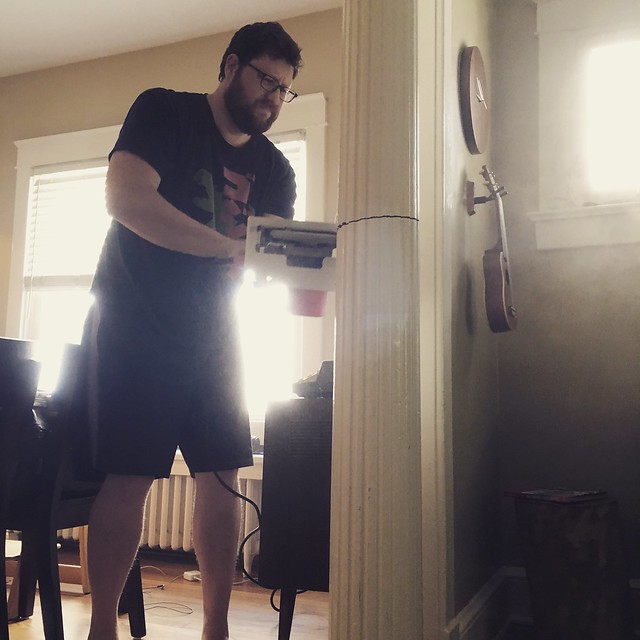 He then wiggled the column until it broke free. 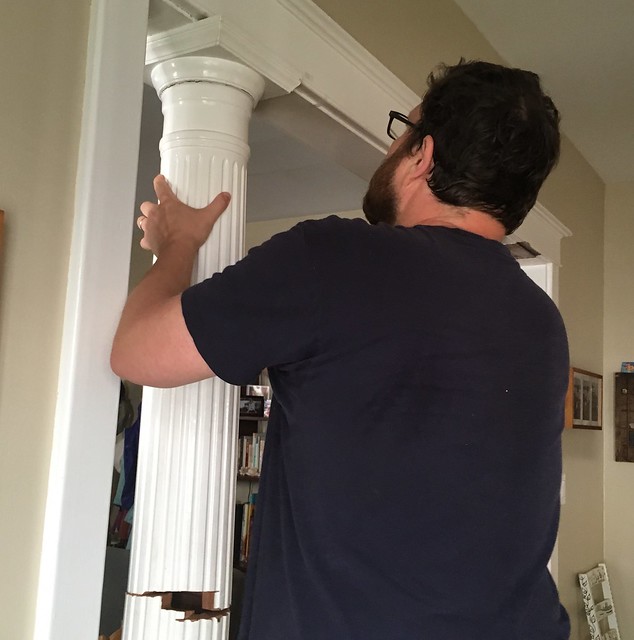 My daughter Nadja put the four separate broken pieces on the front porch. We later put them on the curb for someone to hopefully take to use as garden decor or some other upcycled project. 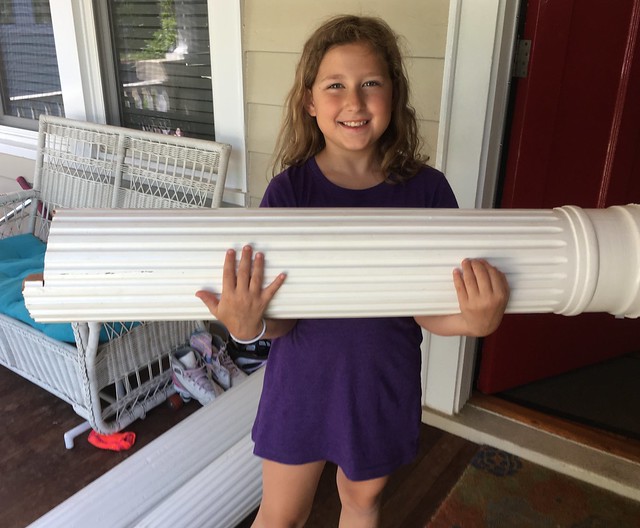 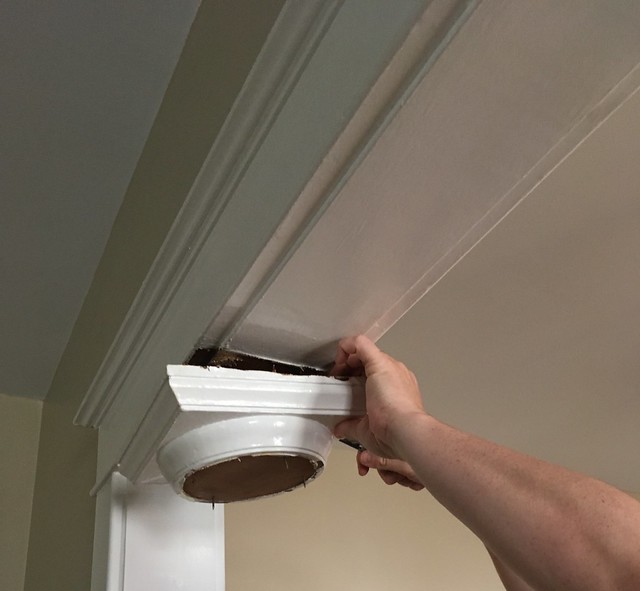 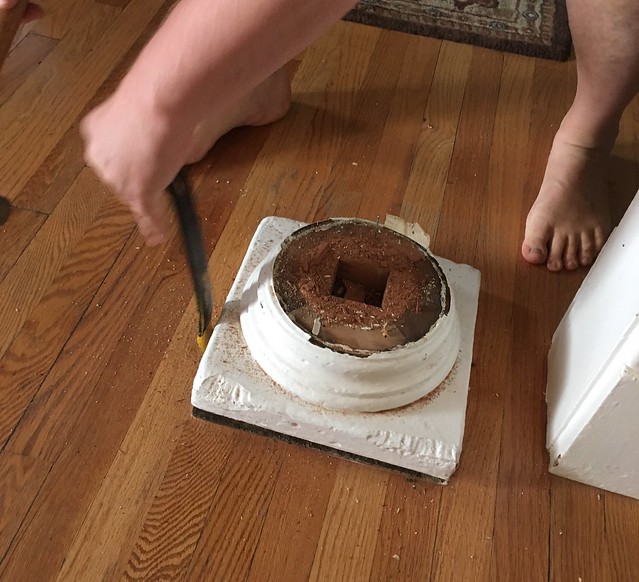 The floor looked pretty bad at first, but in fact, it looks like we just need to sand down the bare spots and have the wood finished to match the rest of the floor. We made sure that the columns weren’t set into the wood initially or else it would have been impossible to obscure the spots. 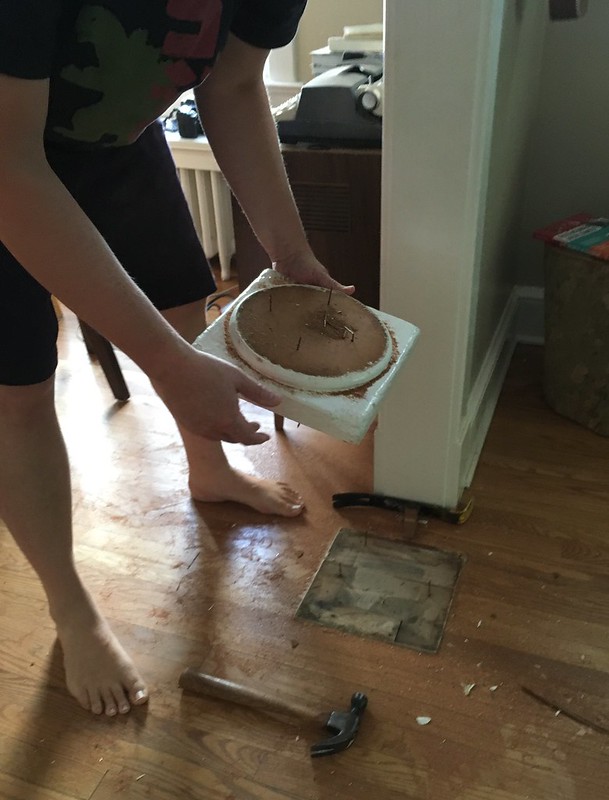 We immediately loved the effect of having taken out the columns. The space is so much more open and feels much more in keeping with the simple lines of the house and the original style. 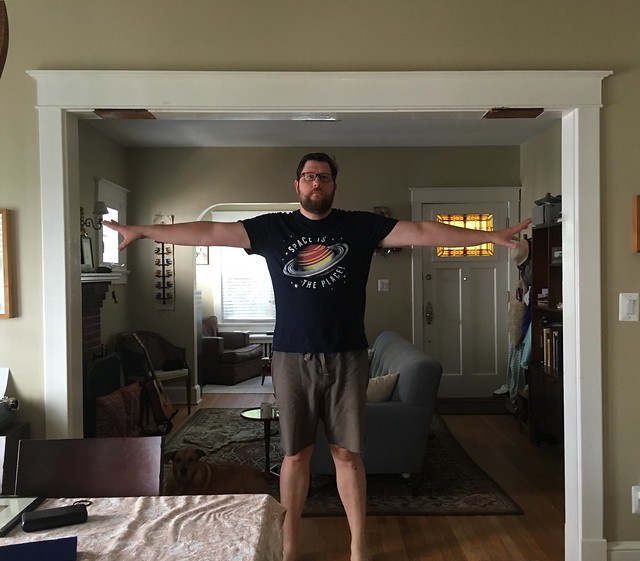 Next, I’ll show how we fix the floor and door frame so you’d never know the columns were there to begin with.