Our friends, Rachel and John and their three kids came to visit for New Year’s Eve bearing sparklers that they picked up at a roadside firework stand. Rachel mentioned her idea of writing words or “2017” for the New Year with the sparklers and taking photos using a technique where you slow down the camera shutter speed in order to capture the number or letter shapes. The activity is really fun and the results truly spectacular. We realize sparklers are illegal, but we supervised the kids closely and trained them on safety. 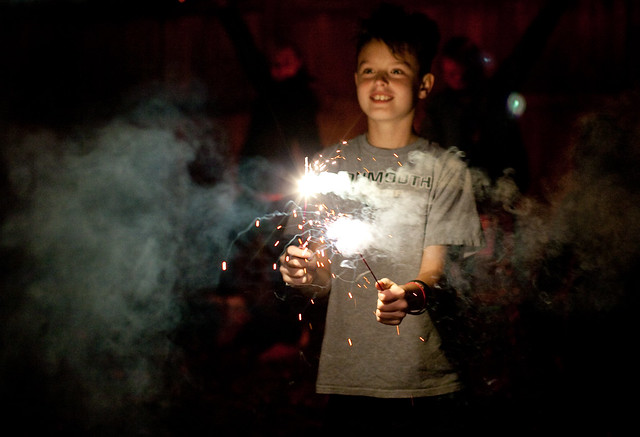 We read a tip about using a flashlight to illuminate the subject’s face to make it easier to focus the camera. When you don’t have a powerful flash, on a phone camera say, the flashlight also helps you take photos in the dark in general. 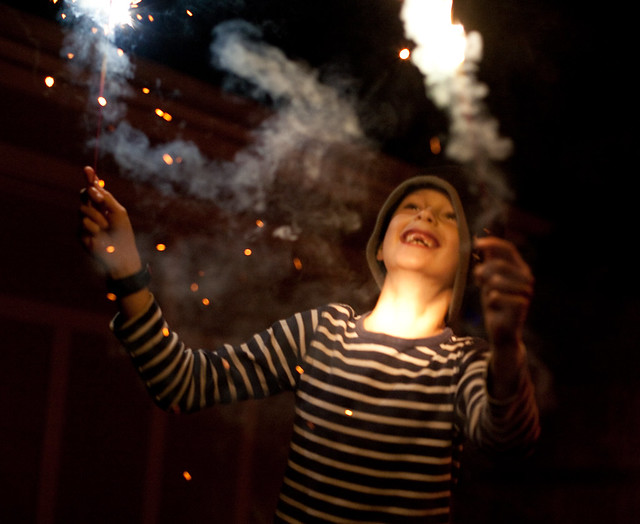 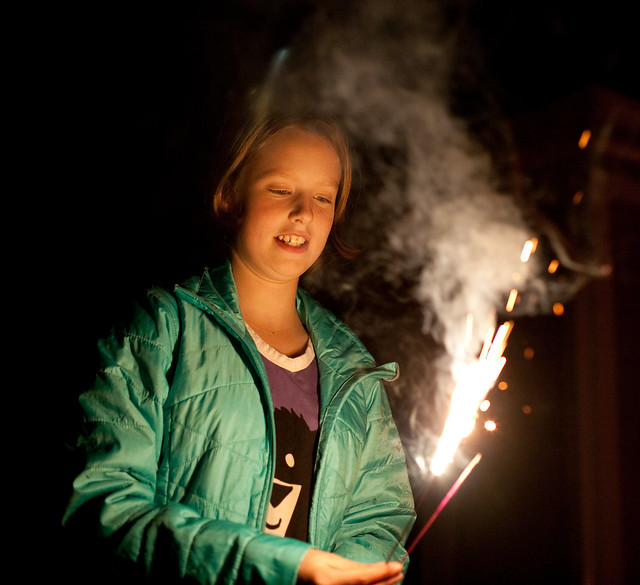 We then got the kids to stand side by side so they could practice writing and I could try different manual settings on my camera. I knew that in order to blur the kids’ arm motions into words on camera, I needed a slow shutter speed. I set the camera on a tripod to be as steady as possible. It didn’t matter if the kids’ faces and bodies were blurry, but I wanted to make sure the words came out clear.

This was one of the first tries with a 50 mm lens, ISO of 400, f-stop of 8, and shutter speed of 2 seconds. It didn’t quite turn out because the exposure wasn’t long enough. 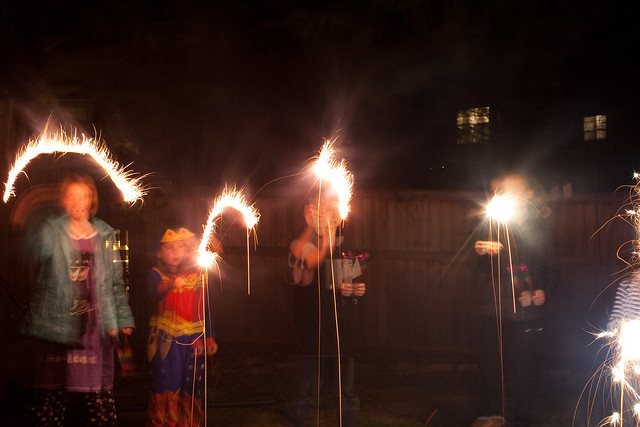 This time, I changed the exposure to 8 seconds, but kept the ISO at 400 and closed down the aperture a little to an f-stop of 10. You can see more of the numbers, but I overexposed the background. 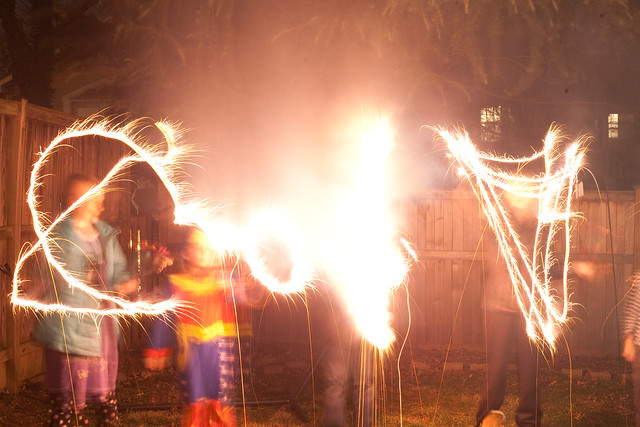 I finally got the camera settings right for this one, but we still needed to perfect the writing. My daughter Ana was writing the 7 but was doing it as a triangle, instead of reversing the path of her sparkler to only show the lines of the number 7. 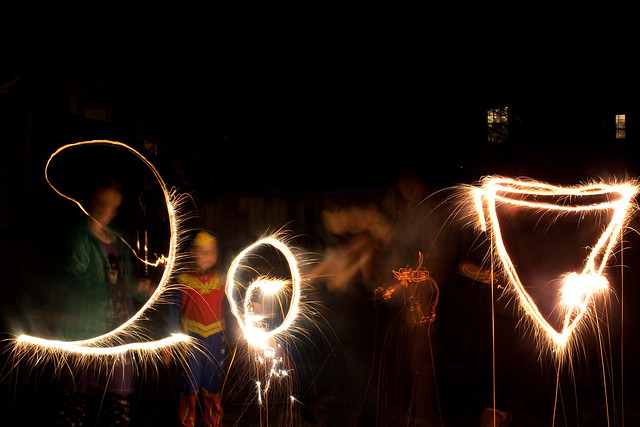 It took a couple more tries (relighting or replacing the sparklers as necessary) to get the positioning and movement right…. 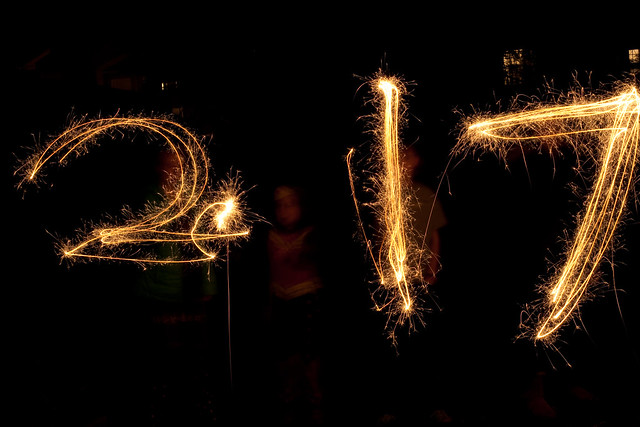 But then we got a good one! 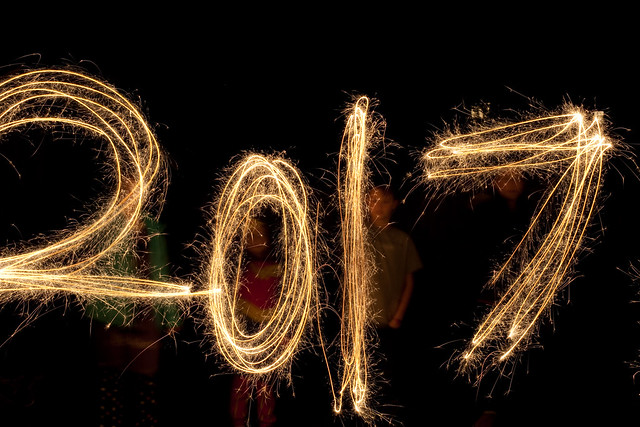 And after that, we tried other things like “peace”… 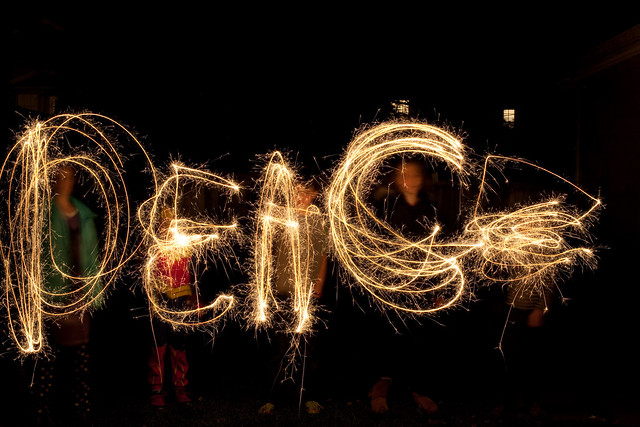 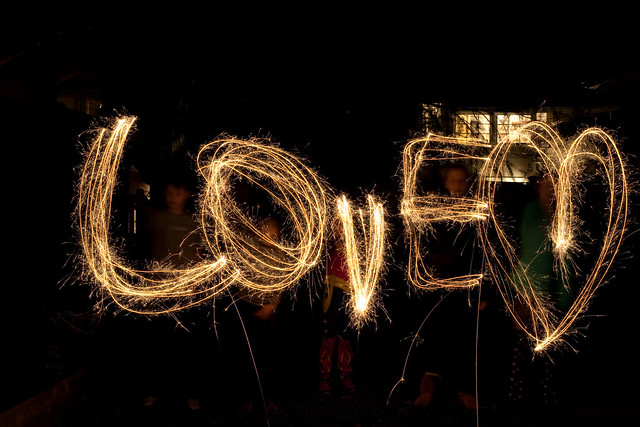