Steve and Michele have joined a growing list of families in Alexandria by adding solar panels to their home last summer. It didn’t cost a fortune, and they’ve already seen an extraordinary drop in their energy consumption. 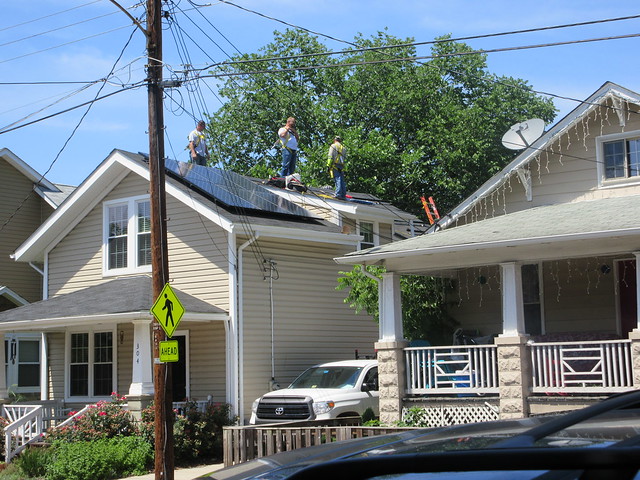 I met with Steve and Michele the other day to hear about their experience. They told me they spent about $13,500 to purchase and install the panels, which is the typical price for the average size of homes in this area. But, they say that they decided on installing panels mainly to avoid wasting energy and to be more resource conscious in general, to make as they say, “an investment in our lives.”

The roof attachments have rails that the panels sit on, as well as waterproofing in the roof shingles. 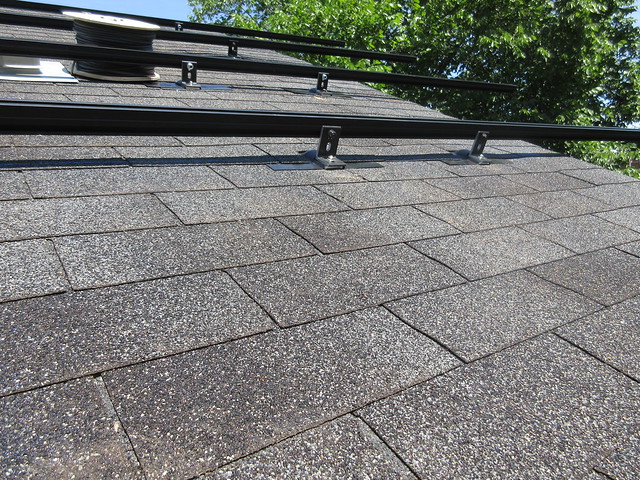 They showed me their Dominion bill for September to October, 2016, which was only $15.36. What’s most notable is that when it’s common around here to run the A/C the most often, during August, they only paid $25.

Virginia provides for net-metering, where a meter can run backwards in months the solar system produces more than a household uses. The excess offsets electricity used in months when the household uses more. This happened with Steve and Michel’s October billing period where their bill was only $8.12 to cover the basic charge and taxes. 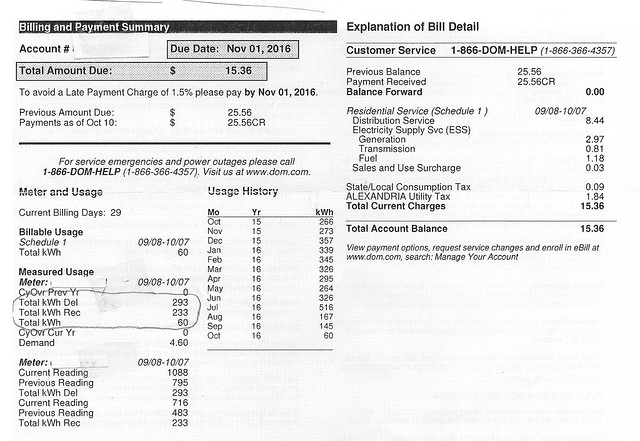 It’s also possible, they say, to go in on a group purchase by making a bid for, say, between 10 to 50 households.

If you’re considering adding solar panels to your home, a contractor will first some and assess your home and do an energy assessment. It may be possible to already lower your energy consumption by sealing air leaks, adding more insulation, changing out lighting to LEDs, updating your appliances, and replacing your windows.

Steve has a satellite photo from the NoVA Solar Map site that shows their home’s solar potential, although the site shows their home before they had to cut down the tree that used to overhang their roof, which shows a lower potential for solar energy usage due to shading than they have now. The site is useful to show how much solar potential your home has. For example, my home (on the left) has “very good” solar potential on a good part of the main roof.