We ended our summer garden season with a whole bunch of banana peppers. They hung out long enough to turn red, making them spicier than normal, perfect for a batch of pepper relish. 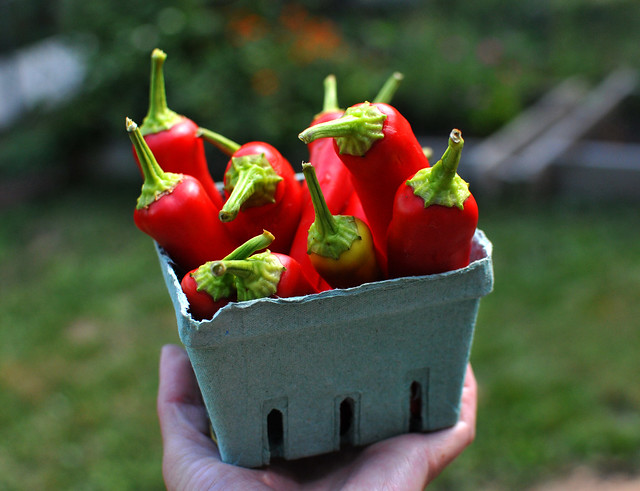 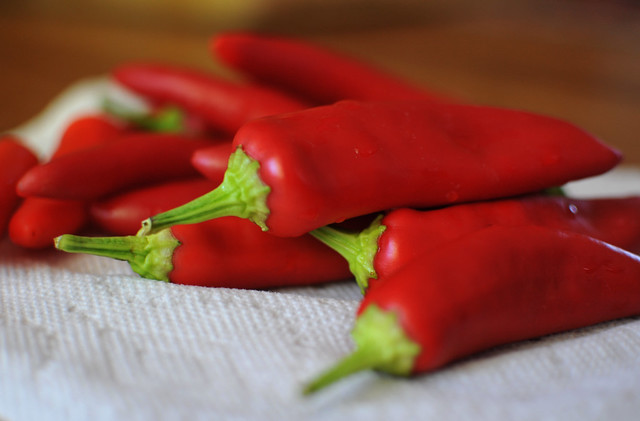 I looked around for a recipe, but couldn’t find anything that matched the ingredients I had, so I came up with my own version:

First, I quartered the peppers which gave me a little over 2 cups. I kept some of the seeds for the relish, but most ended up as scraps on my cutting board. 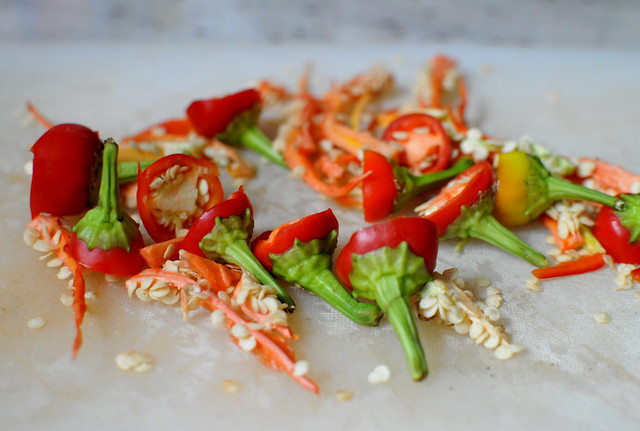 Using my mini processor, I coarsely chopped the peppers and the onion, then I transferred them to a sauce pan with the rest of the ingredients. I added enough vinegar mixed with some water to just cover the peppers. 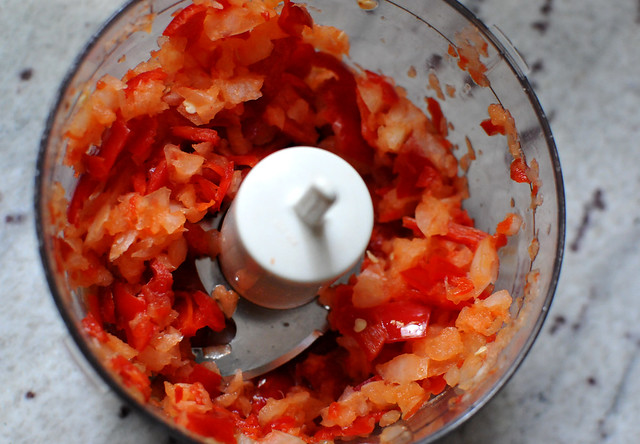 I simmered the mix for about 30 minutes until the liquid had reduced and thickened. When I tasted it, I realized I added too many seeds, so I fished a bunch out to cut back on the heat.

Hard to imagine that all those peppers cooked down only filled one small jelly jar, but this stuff is strong and a little goes a long way. It’s sweet, spicy, tangy and absolutely delightful. We’ll be enjoying it in small doses for a few weeks. 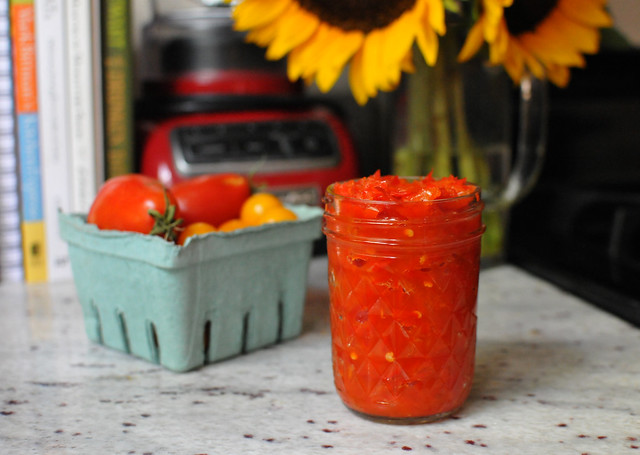 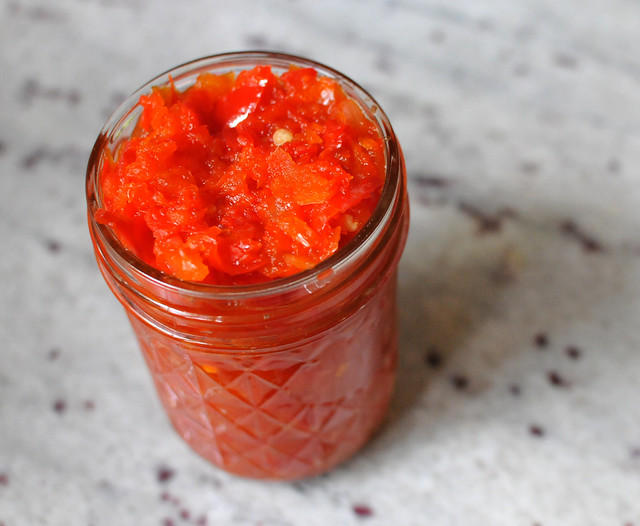 Tastes great with a mild goat cheese on a baguette and a glass of red wine. We’ll try it on fish and grilled chicken too.