Girls in the Alexandria Little League

I loved the moment when my 8-year-daughter Nadja told me she wanted to play baseball, and I didn’t hesitate for a moment with the answer, “yes, absolutely you can!” instead of letting her down with “only boys play baseball.” It’s become something we’re now accustomed to – seeing boys and girls alike playing sports like soccer, baseball, swimming, and gymnastics –  looking equally adorable in their uniforms. 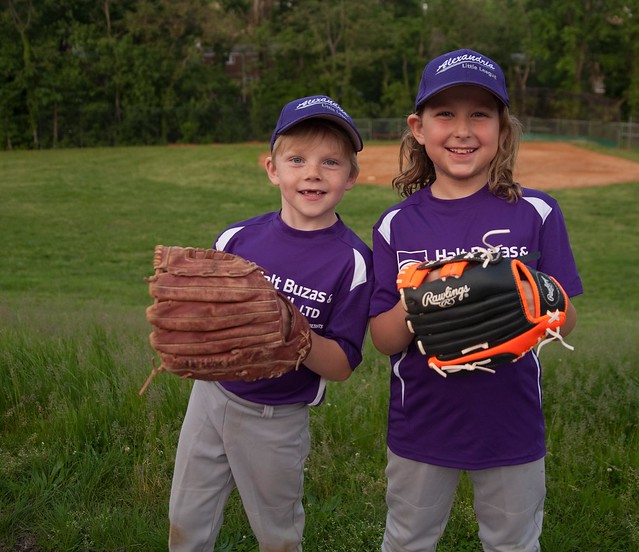 Over the years, most girls in general have chosen to sign up for Little League Softball. The girls who have played Little League Baseball have proven their mettle though – up to 2014, 18 girls have made it to the Little League World Series.

Nadja was the only girl on her team, but she played her heart out. 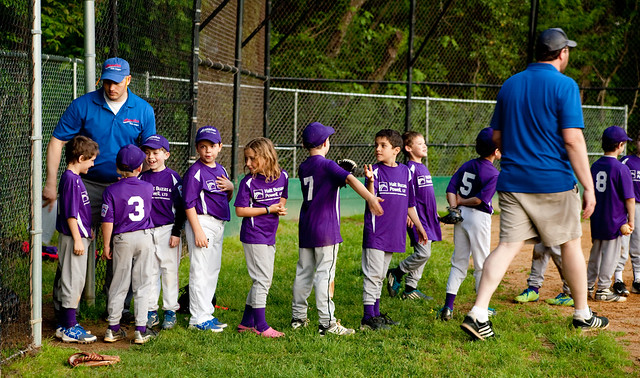 My husband Matt signed on as one of the coaches for her team, which made the experience that much more special for the whole family. 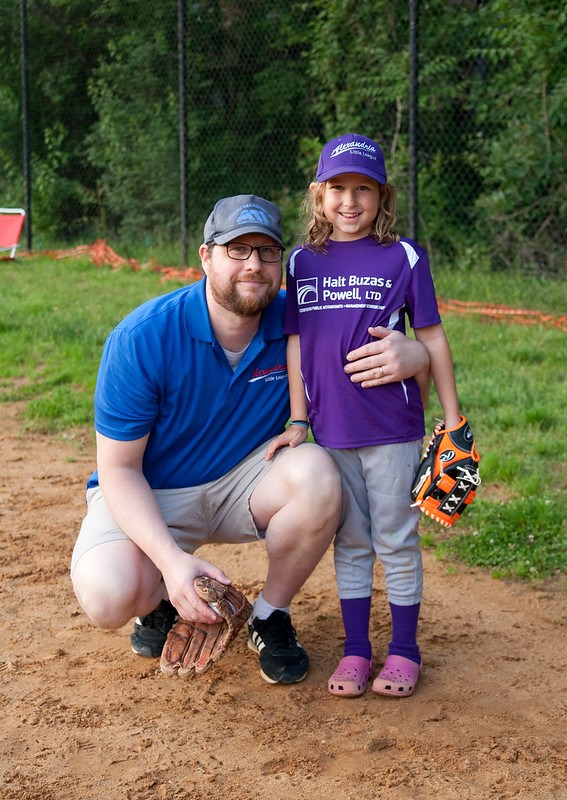 Nadja sometimes expressed regret about being the only girl on the team, but it helped when we mentioned that there were a few other girls playing in town – like Maggie, who has been playing for a few years, is now in the Minors, and loves the game, having started out on a Little League team with her twin brother. (Thank you to photographer Mark Briscoe for letting us use his photos of Maggie.) 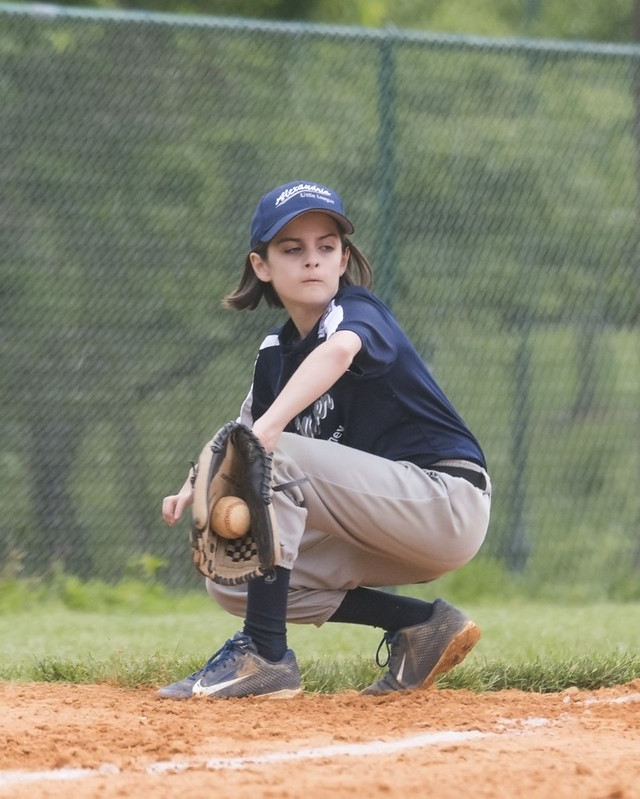 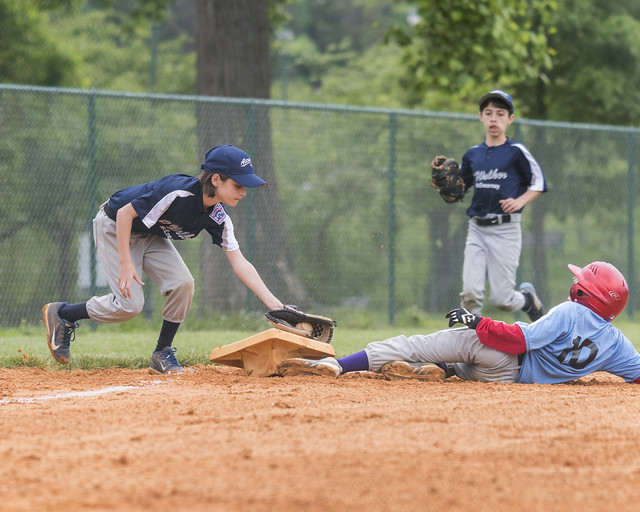 When we met her at the end-of-season picnic, she told me that she liked it when she struck out a boy and he would be more upset when learning she was a girl pitcher. Here she is standing with her proud, supportive father. 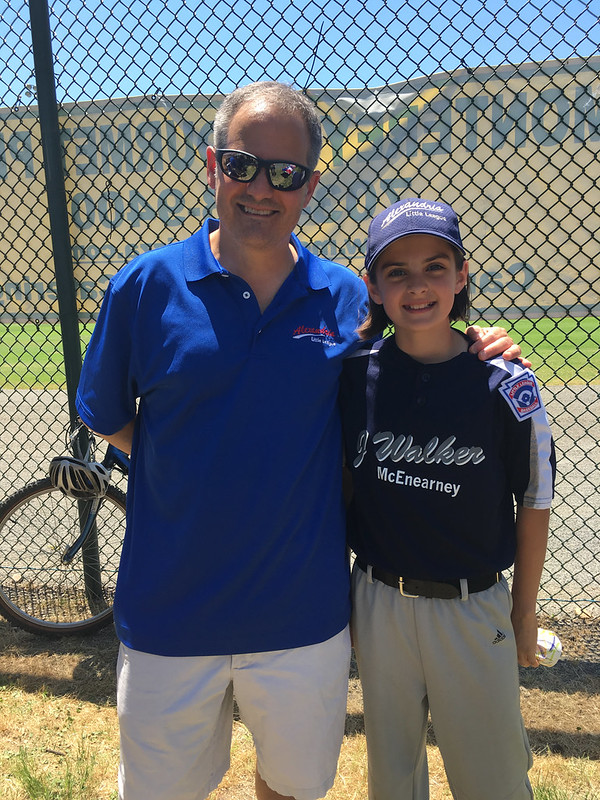 It’s pretty likely Nadja will play another season, and she’s actively recruiting a few more girls in the neighborhood to join her too. 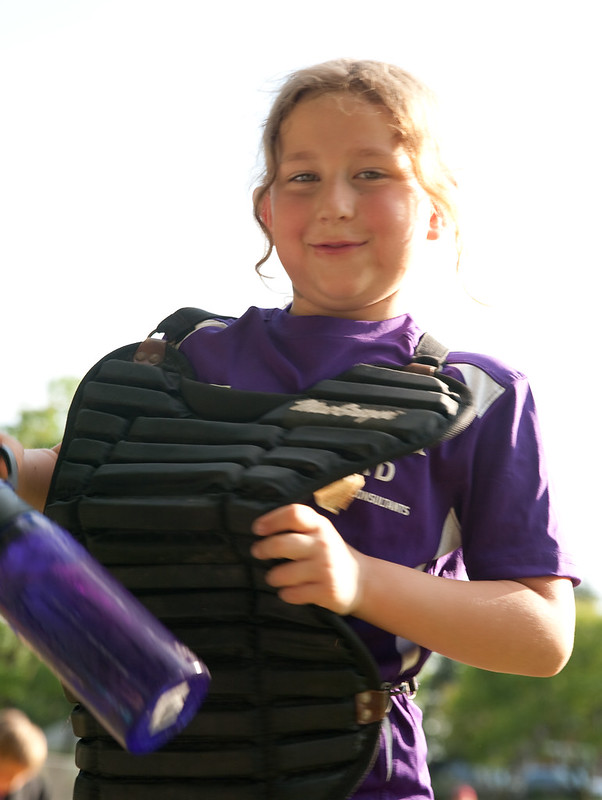