Summering Outside the Box: Early Chapter Series for 6-9 Years

One of the most powerful things that literature can do is to exploit the expectations we have of our world, to show us that things are not always as they appear. For our kids, the sooner they experience the limitations of judging by appearance, the sooner they can open their hearts to life’s thrilling surprises. Most people assume these kinds of “life lessons” are served up in serious fiction. But these early chapter series prove that it’s possible to start thinking outside the box at a young age—and with a strong dose of humor as well!

The reading level of these early chapter books is geared towards 6-9 year olds who are reading fluidly on their own, but—and I speak from personal experience here—the stories will be equally enjoyed by parents who choose to read them aloud!

Cody and the Mysteries of the Universe
By Tricia Springstubb, illus. Eliza Wheeler

While our family enjoyed the first title in this charming reality-based series, the second book really won our hearts. Cody, with her love of ants, her propensity to question everything, and her softness for her moody teenage brother, follows in the tradition of beloved spirited female protagonists, like Ramona Quimby and Clementine. 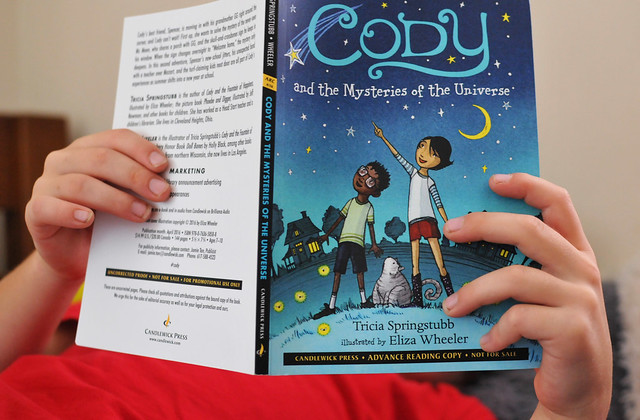 The series feels refreshingly modern with its diversity: Cody is Latino, her Mozart-loving best friend Spencer is black, and their neighbor is a single father decorated in tattoos. Cody is the queen of inventing games to keep herself entertained, but what happens when she comes face to face with The Meens, a pair of sisters who by all appearances seem like tough, mouthy nemeses designed to ruin Cody’s life? Cody must decide whether to use her “powers for good or evil.”

Our family’s love for this preposterous graphic novel series borders on obsession (you can read my post on the first three books here), and the fourth installment is no exception. I don’t know who laughs harder—my kids or me—over the banter between this wise-cracking feline named Mr. Pants, his feisty sisters, and their patient, all-seeing mother. 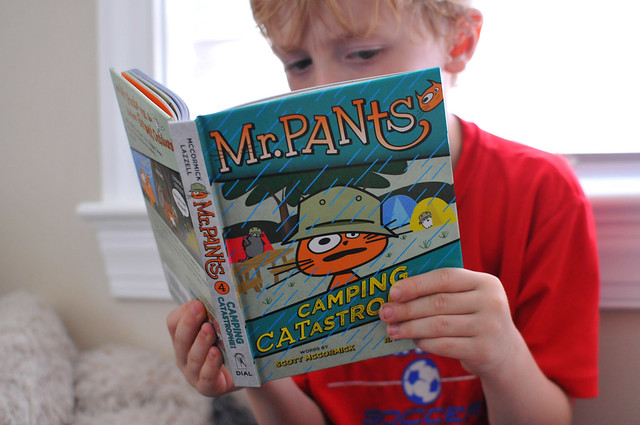 Things rarely work out as Mr. Pants expects, and here his zeal to join the Rugged Rangers (a spoof on Cub Scouts) is complicated when he discovers that he hates camping. As it turns out, his sister, originally told she can only bake and sew with the Cupcakes (read: Brownies), kicks some serious butt when it comes to pitching tents and tying knots. Gender stereotypes are exploited left and right, as these kooky, charming, and highly relatable characters learn to celebrate the strengths of themselves and others.

Hamster Princess: Of Mice and Magic
By Ursula Vernon

Gender stereotypes are also zealously challenged in the newest installment of the wildly fun and funny “Hamster Princess” series (a step-up in reading level from another runaway hit series, The Princess in Black).

Each book takes one of the Grimms’ fairy tales—in this case, The Twelve Dancing Princess—and turns it on its head, as Harriet Hamsterbone debunks the traditional princess persona and proves that wit, cleverness, and compassion can take on even the most misguided and stubborn of mole witches and mouse kings.

Perhaps you heard the squeals this spring, as my kids and I discovered that the fifth book had been published in one of our favorite read-aloud series. Again and again, we enjoy the comical and heartfelt adventures of this eccentric cast of circus performers—both human and animal—as they manage to get themselves into many manner of ridiculous scrapes (read my post on the previous four books here). 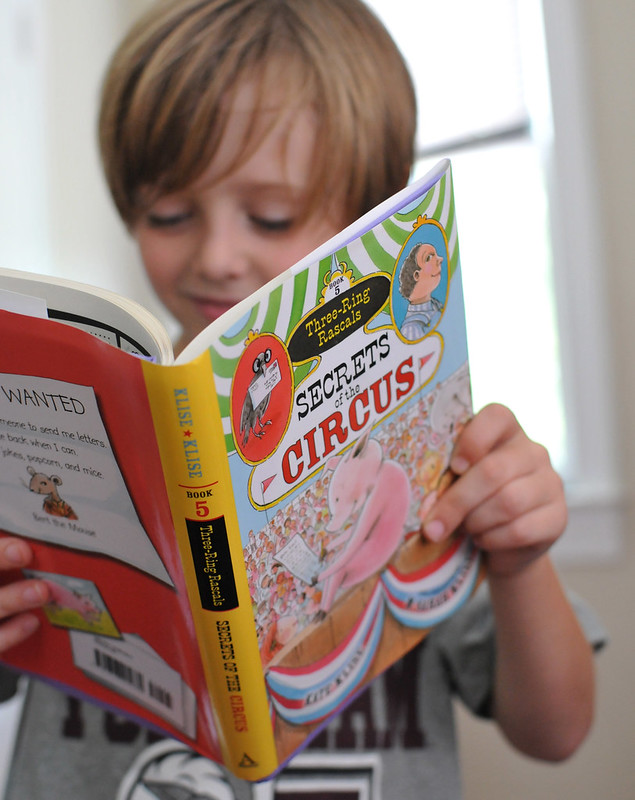 What I love most about this series is its subtle exploration of how we treat others; and this latest story considers the implications of keeping secrets from the ones you love. Of course, this lesson is served up with an entertaining side of four-legged pen pals, porcine impersonators, and thieving pack rats.

Even though it’s not new, I couldn’t resist including the “Toys Go Out” trilogy in this list, because I can’t think of a better time than summer to read about toys whose very existence involves thinking up creative ways to amuse themselves while their owners are out of sight (find my original post here).

As embodiments of youth themselves, this plush buffalo, plastic ball, and felted stingray serve as a catalyst for us to understand the excitement, confusion, and occasional heartbreak of growing up. What does it mean to think you’re one thing and discover you’re another? What does it mean to jump to conclusions about someone and then realize you were mistaken? What does it mean to find friendship in one you thought was so different from yourself?

Bonus: when life occasionally gets you down, a dance party is just the thing to bring out the common good in all of us. 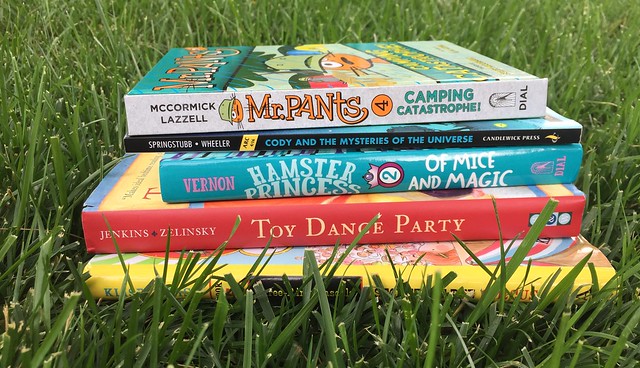