Even if you don’t know Dana Damico, you’ve probably seen her around the neighborhood with her signature pixie cut, yoga mat on her shoulder, and either her dog or 4 kids in tow. Dana is also one of the most down-to-earth, warm, and friendly people I know and another one of the many faces that make Del Ray feel at home. I’m thankful to her for letting me feature her in our People of Del Ray series. 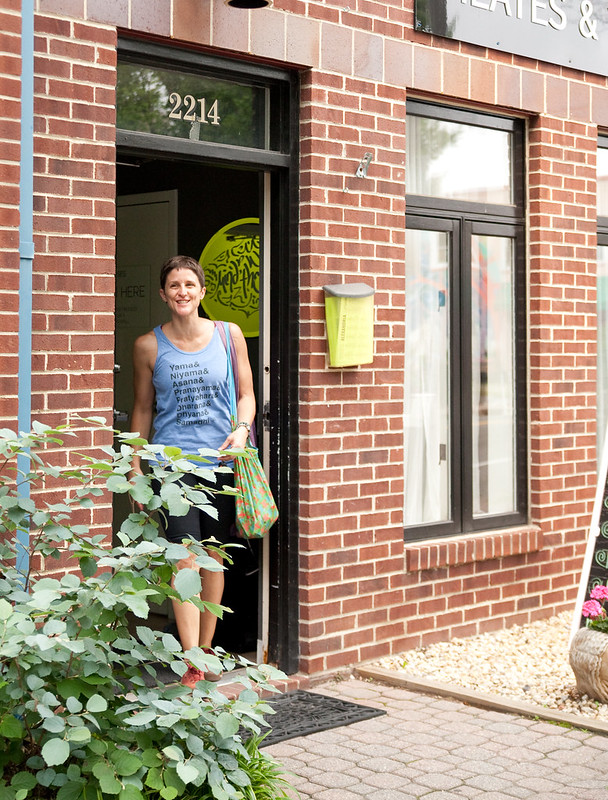 She is also one of my yoga teachers at Mind the Mat, so I tagged along with her while she did her usual morning routine after a 6 a.m. class. 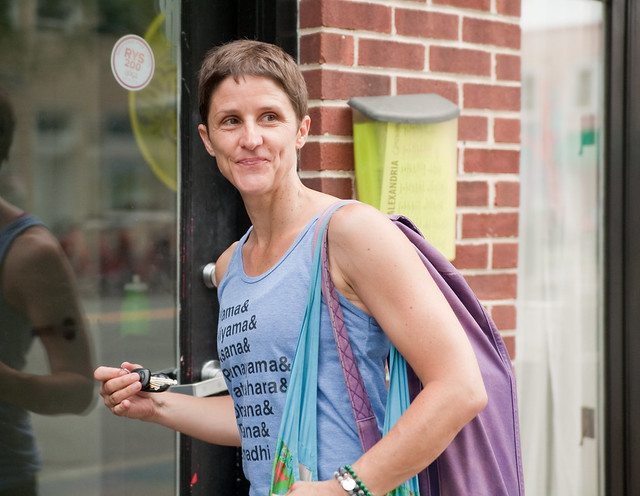 We chatted while Dana went to St. Elmo’s Coffee Pub for her usual coffee to go. 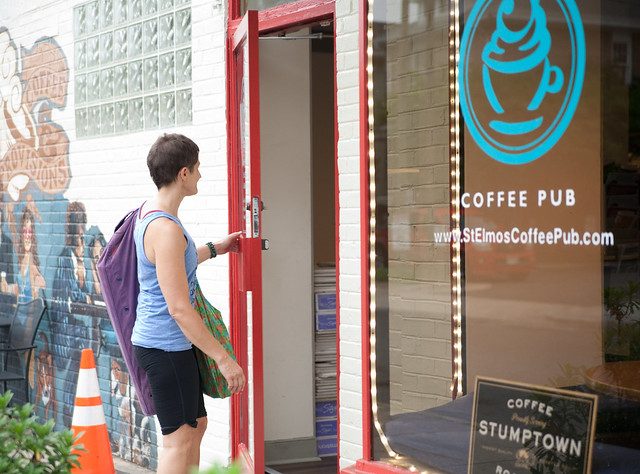 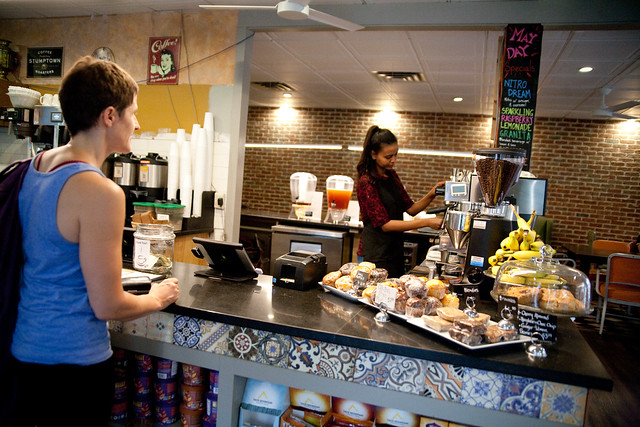 One of the things I admire most about Dana is how much she takes in everything our area has to offer. She spends a lot of time hanging out in Del Ray with her family of six (her husband Kent, eldest daughter Esme, a set of twins – Josephine and Desmond – and their youngest son, Tobias), tending to their sprawling flower garden and community plot, going to and from Mind the Mat to teach vigorous hot yoga classes, and hiking in the Virginia mountains. Here’s a photo she took of Kent and the kids,  looking every bit triumphant after a summer hike last year. 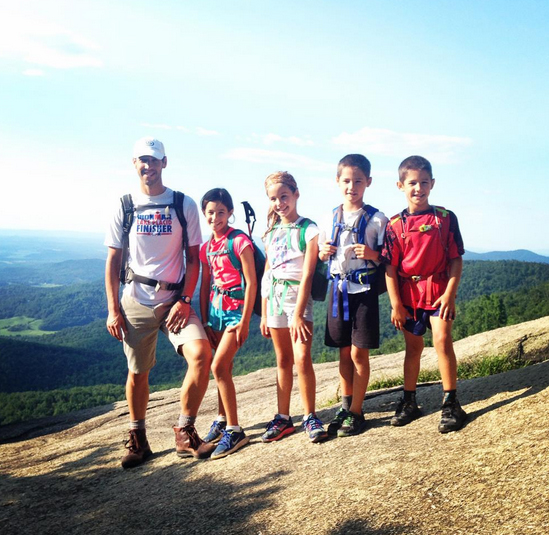 Dana has been teaching yoga for two years now. I was so proud of her when she became a yoga teacher, having witnessed her commitment and talent for a long time as a fellow student. She told me about her journey into teaching.  “I started the training at Mind the Mat to deepen my practice,” she says, “with no intention of teaching. I never imagined I could, frankly. First, I couldn’t stand in front of a group of people and speak without heart-stopping fear. I’d open my mouth and literally nothing would come out.” 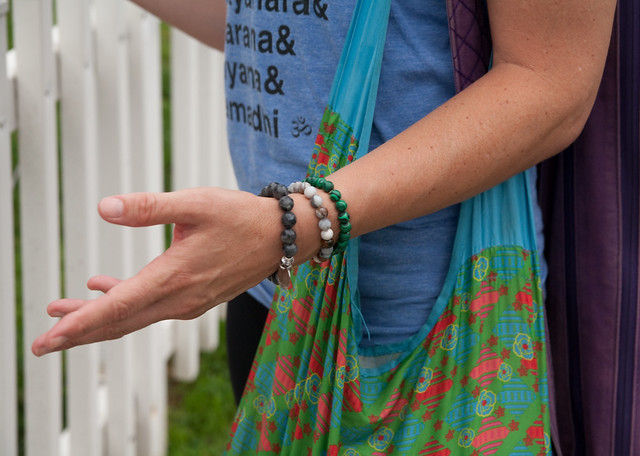 “Second, I had so much respect for my teachers and the yoga lineage that despite having practiced for about a decade at that point, I thought it was preposterous to think I knew enough to call myself a teacher. But I’ve always been a geek for yoga and the idea of spending six months with people who loved it as much as me was hard to resist. I love yoga. I adore everything about it – the breath, the spiritual texts, the meditation, the moral precepts, the poses. I hope when people come to my class they feel that love and somehow it fans their own flames for the practice.” 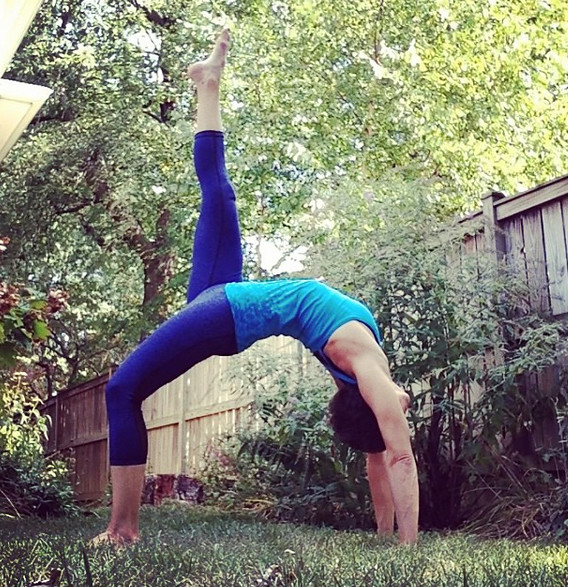 Before starting a family and taking up yoga as a profession, Dana worked as newspaper reporter in North Carolina. She moved to Del Ray in 2006, and reported for the Del Ray Patch for a couple of years.  “I really enjoyed writing about the neighborhood,” says Dana, “because it gave me the opportunity to get involved and meet people I might not otherwise have met. Reporting is such a special gift; people share their stories with you, their joys and fears. Their anger too! It’s a privilege and one that I miss, in a way, but I also feel like people share themselves with me when they come to class over and over. Just in a different way, right?”

Dana and I left St. Elmo’s and turned up the sidewalk toward her house, stopping to say hello to Gayle and her dog for a spell… 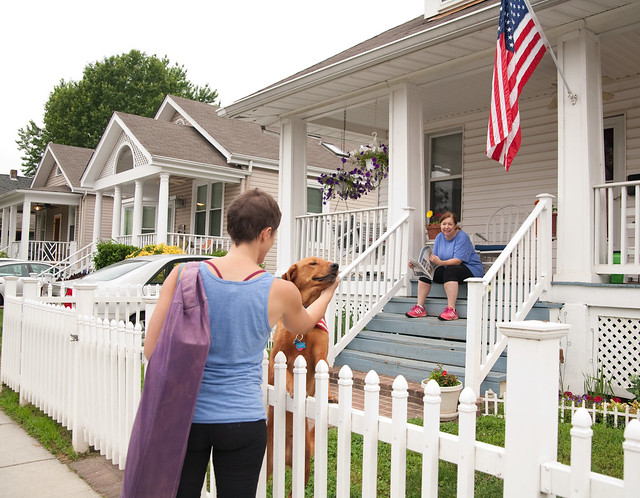 Before we parted ways and Dana strolled the rest of the way home to get her kids ready for school. 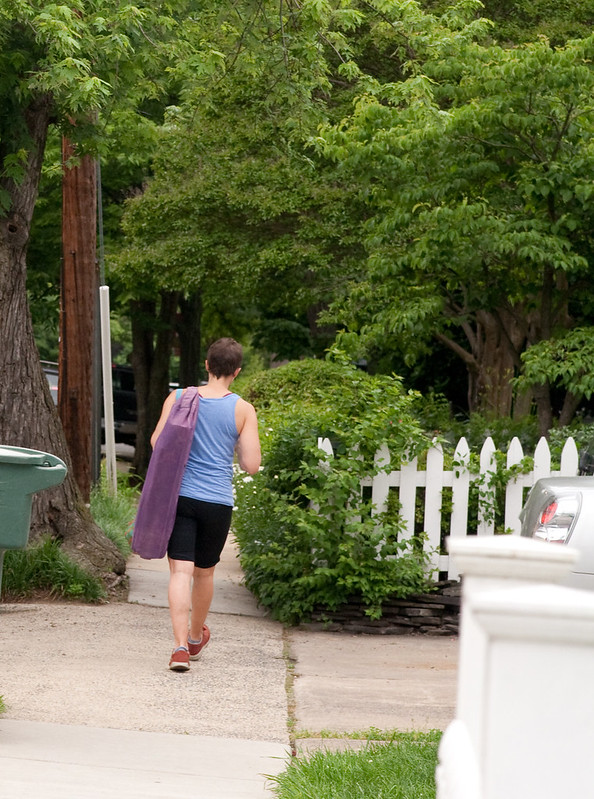 Back in 2012, we featured Dana’s family in a tour of their modestly sized bungalow, just blocks from the Ave. I hope to get over there again soon to tour her garden. You can follow Dana on Instagram at @danasfeast.