Earlier this year, we took you on a tour of a vintage 1940s home that had barely been touched since it was built 70+ years ago. Now, several months later, this diamond in the rough has received a complete makeover and we’re back to share its stunning new look, the work of local contractors Mary Denby of MHD Builds and Kyle Blaylock of Blaylock Design and Build.

If you remember from part 1, the outside of the house was hidden from view by overgrown shrubs and ivy. 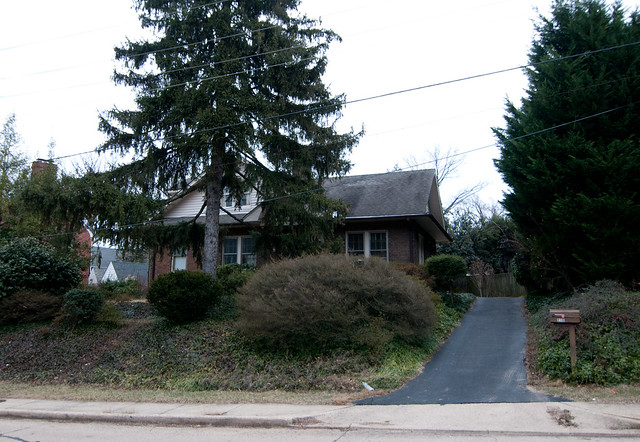 Now with those shrubs gone, the vintage architecture is on display — and the fresh exterior paint, bright red door and new stone walkway complete the curb appeal. 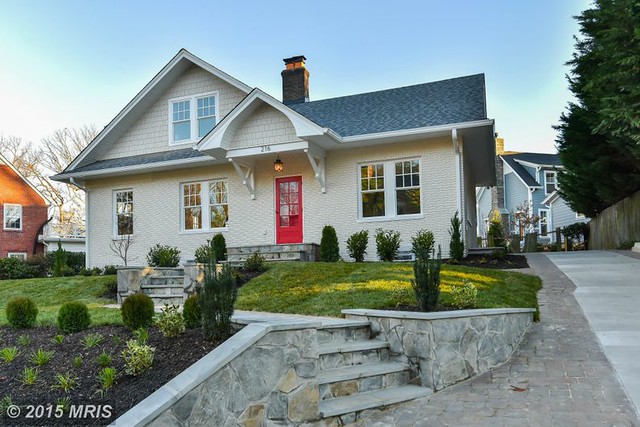 Inside, the plan was to restore many of the home’s original features, overhaul the HVAC and electrical, modernize the bathrooms and kitchen, and put an addition onto the back creating a large open concept living room and second-floor master suite.

Here was the inside when Mary gave me a tour in February. 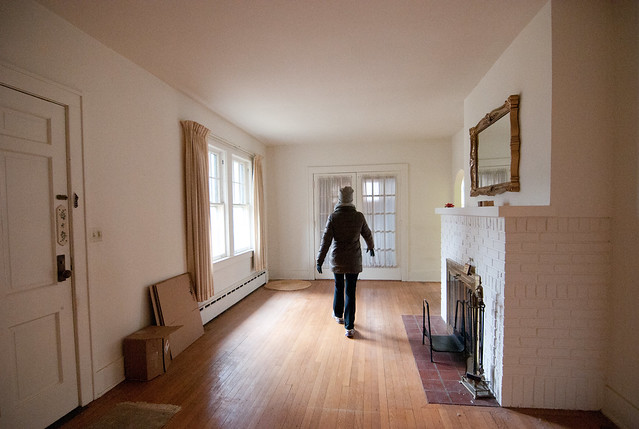 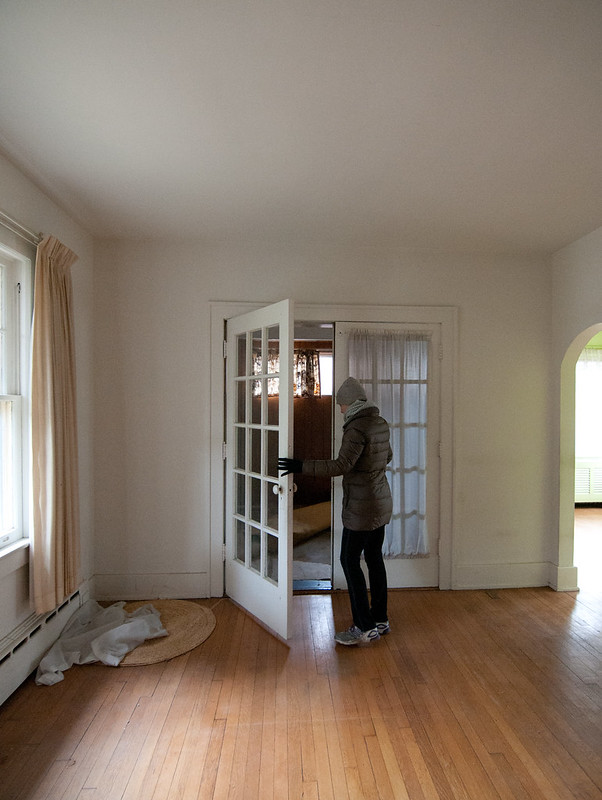 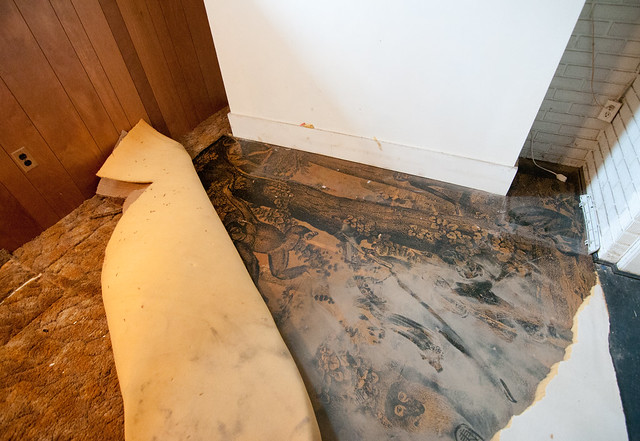 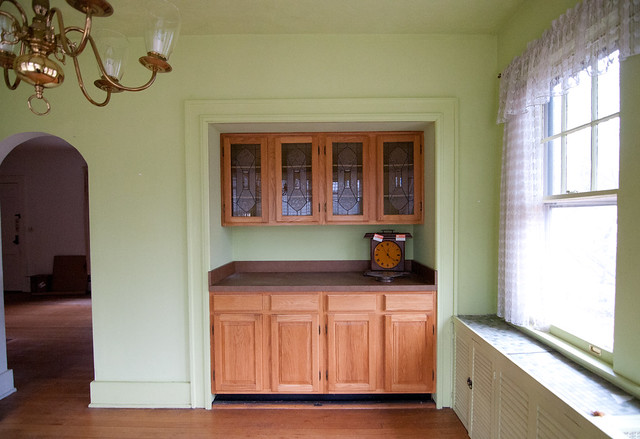 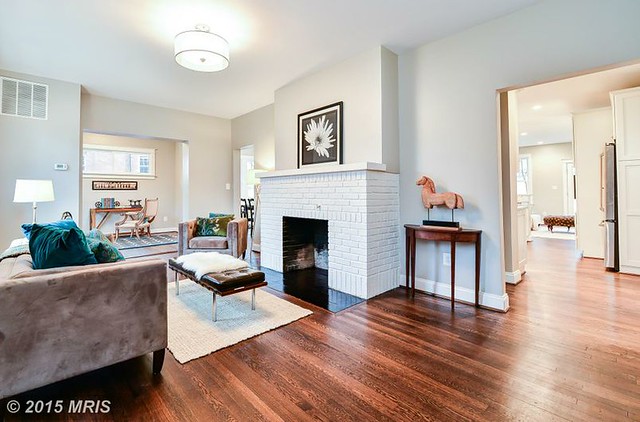 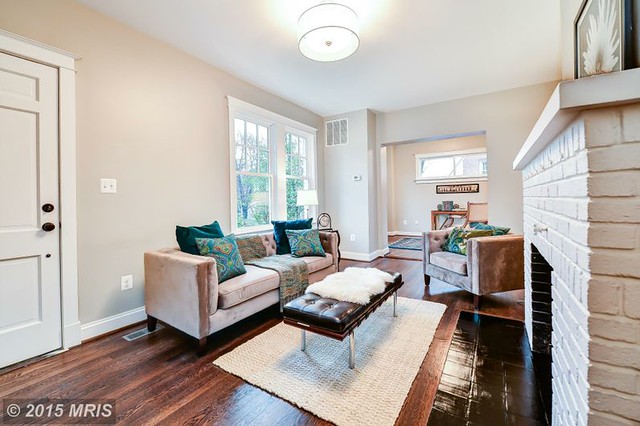 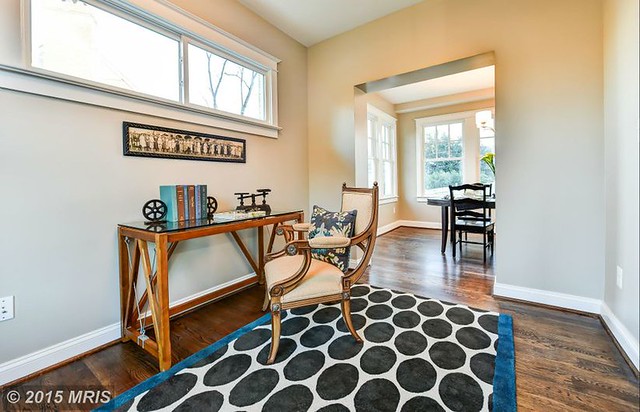 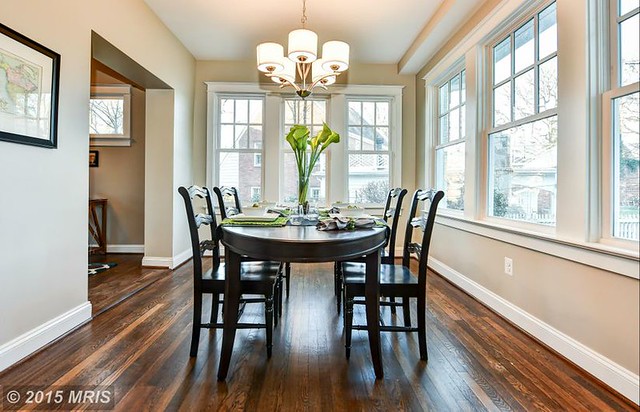 The biggest transformation on the main level, however, is the expanded kitchen and family room addition. But first, here was the sad kitchen back in February. 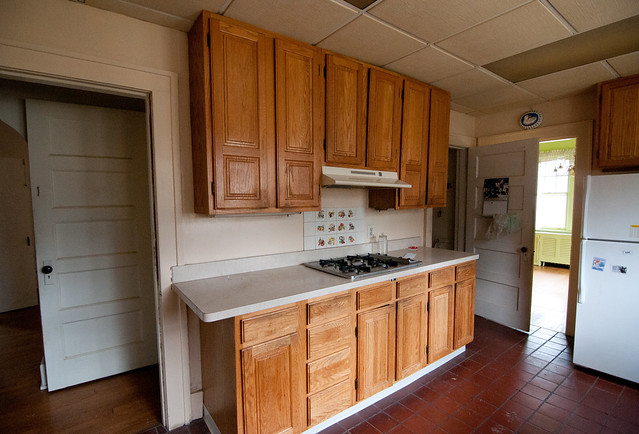 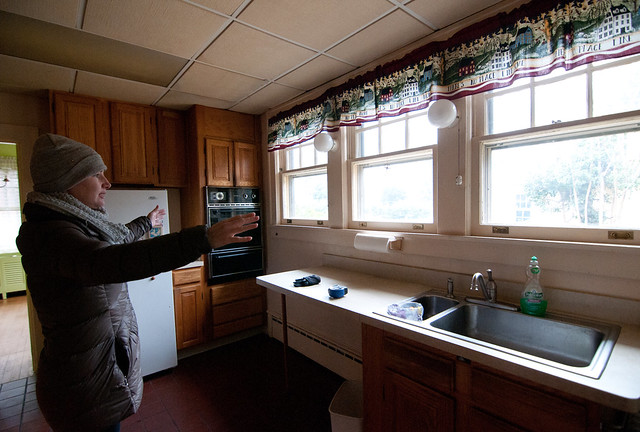 The difference is extraordinary. 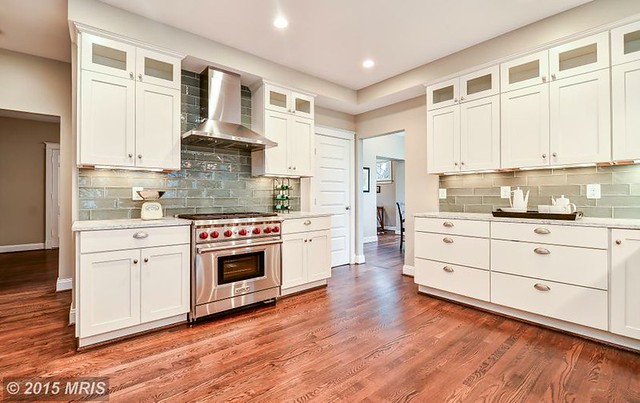 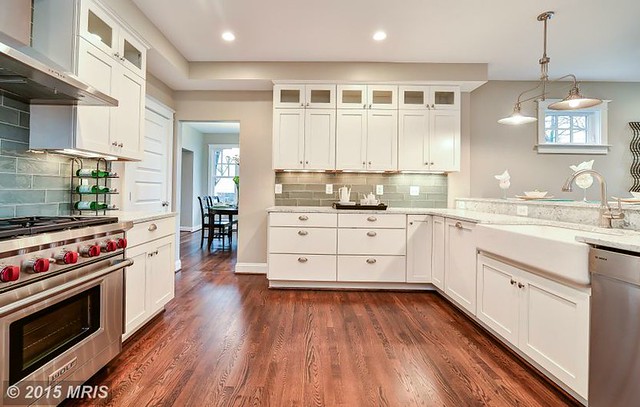 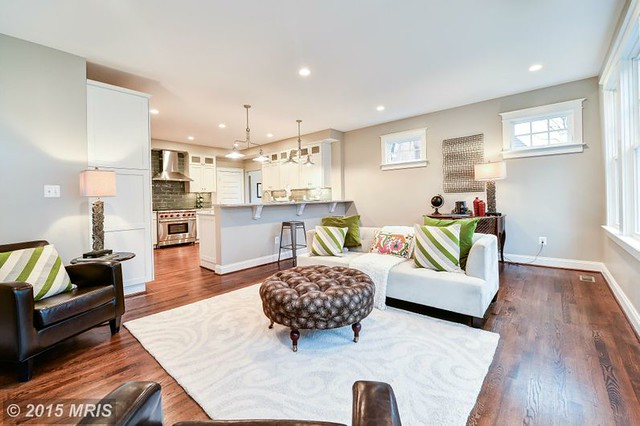 Bathrooms throughout the house that were once dated and dingy… 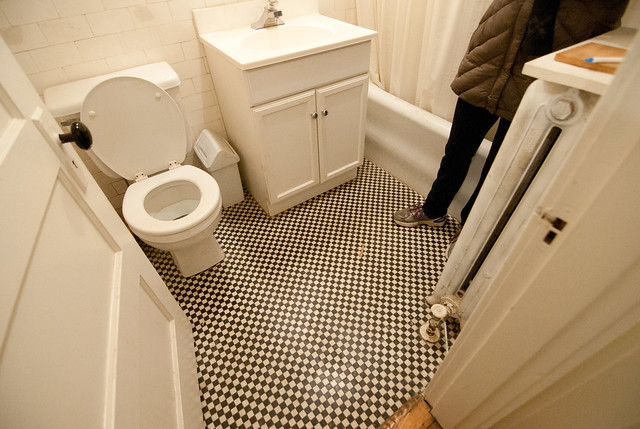 … are now crisp, clean and modern. 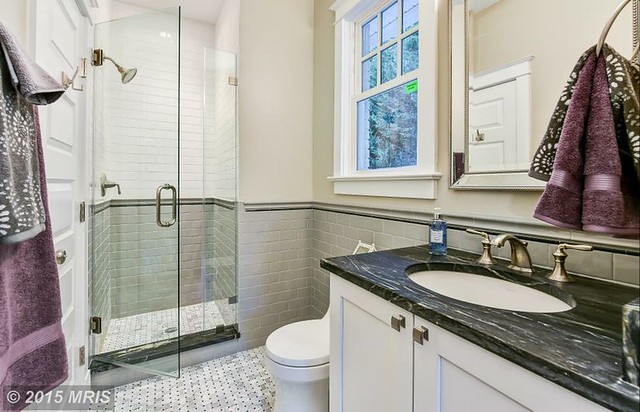 Upstairs, wood floors and classic moldings were restored. Before: 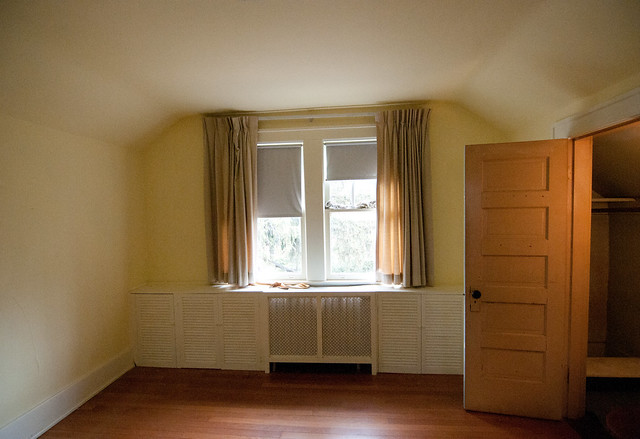 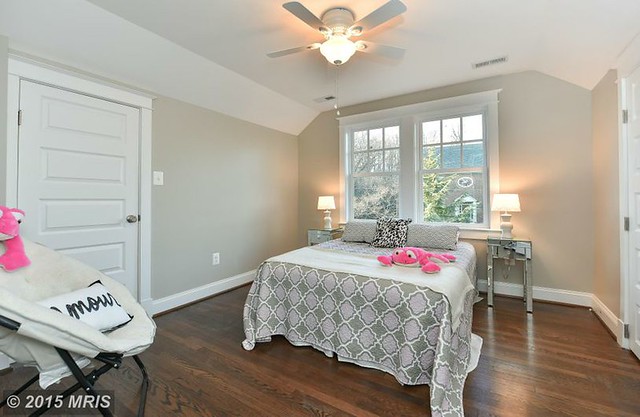 They converted one of the former bedrooms into a second-floor laundry room. 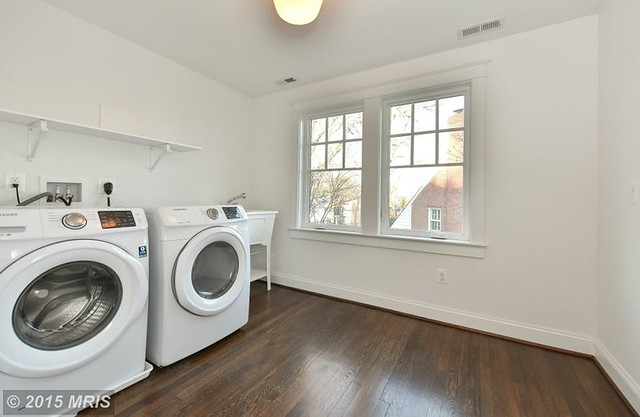 But don’t worry about losing a bedroom, because including the master suite, there are four bedrooms on the second floor. (There’s a fifth bedroom on the first floor and a sixth in the finished basement.) 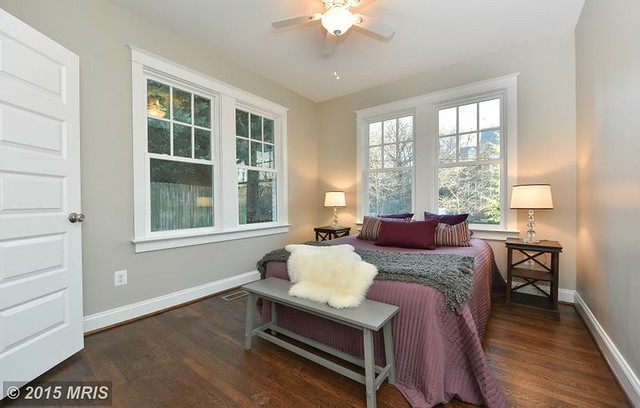 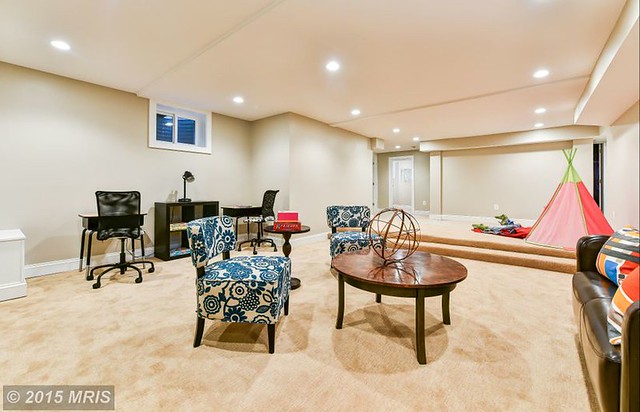 Though the configuration of the front of the house did not change, you can see the difference in the back. Here was the original view of the back of the house (the kitchen window is the one to the right of the trellis): 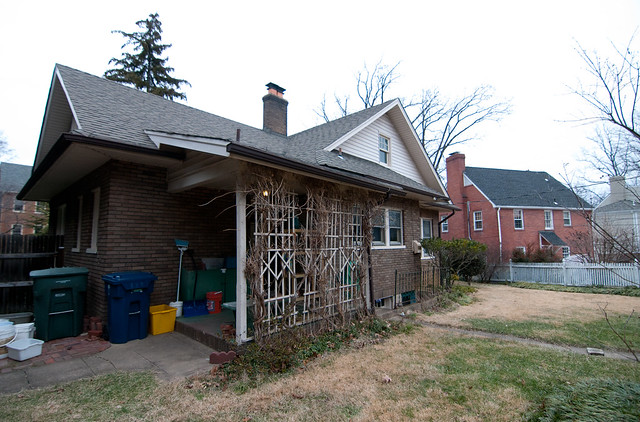 And today, with the addition: 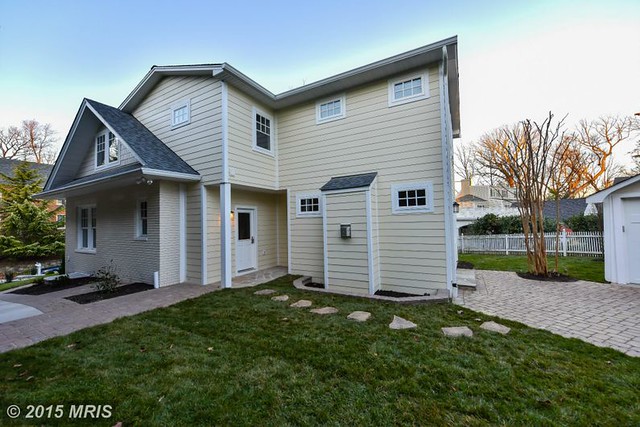 And finally, the original garage in the back yard… 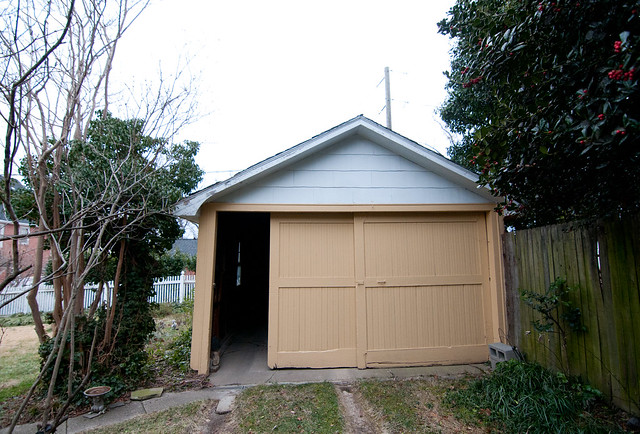 … is still there, but with fresh paint and hardware. And thanks to a patio connecting it to the back of the house, it can be used for storage or as a covered entertainment area. 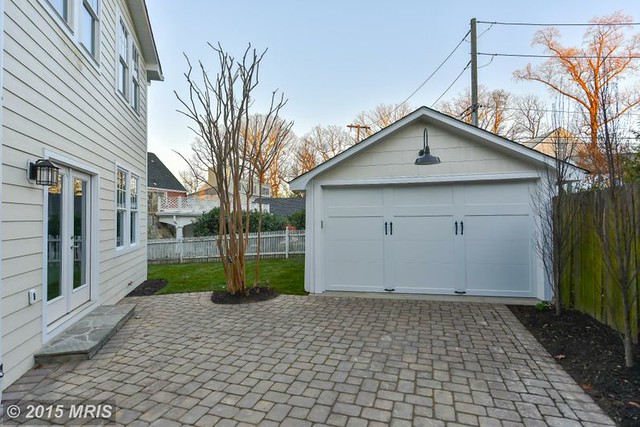 Thanks Mary for letting us follow your gorgeous renovation project! For more photos of the renovated house including floor plans, check out the online listing brought to you by realtor Jen Walker.

All after photos courtesy of the MRIS.