The elves in our house are hard at work making gifts for family and friends, and we hope these origami boxes filled with chocolate truffles will please their recipients!

First, the truffles — easy enough since they only require three basic ingredients (and a few extra for toppings). 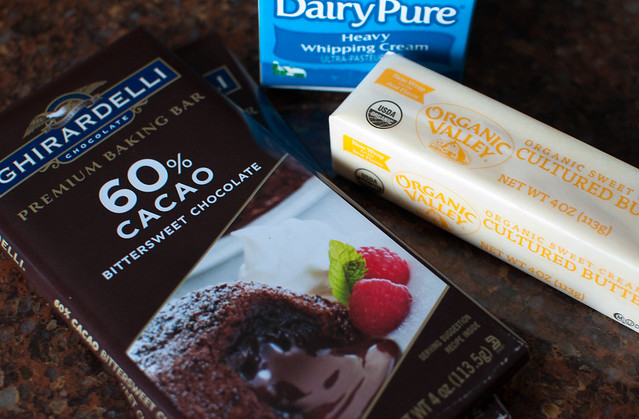 We used this recipe which calls for:

I heated the cream in a pan, then added it to a bowl set over a pot of simmering water with the chocolate and butter. I gently stirred the chocolate mix until it was silky smooth and after it cooled, I put it in the fridge covered with plastic wrap to harden. 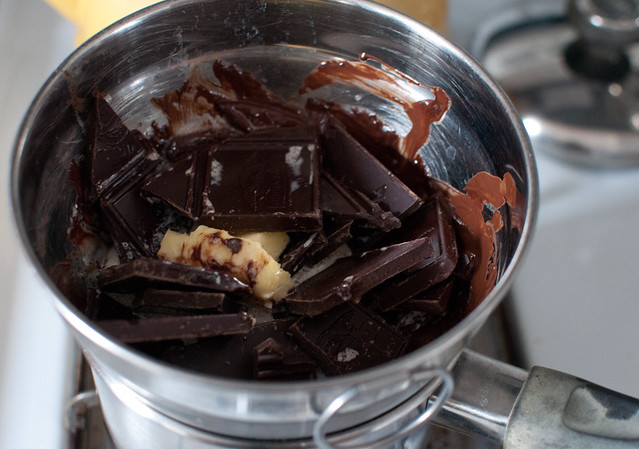 After a few hours, it was time to roll the truffles. For each truffle, I scooped a hefty teaspoon of chocolate and rolled it in my hands until round, then passed it on to Calvin to coat in the toppings. Half of them were covered in powered sugar and the other half were covered in finely chopped pecans. (At first, when I took the chocolate out of the fridge, it was too hard to scoop, so I let it sit on the counter for about thirty minutes.) 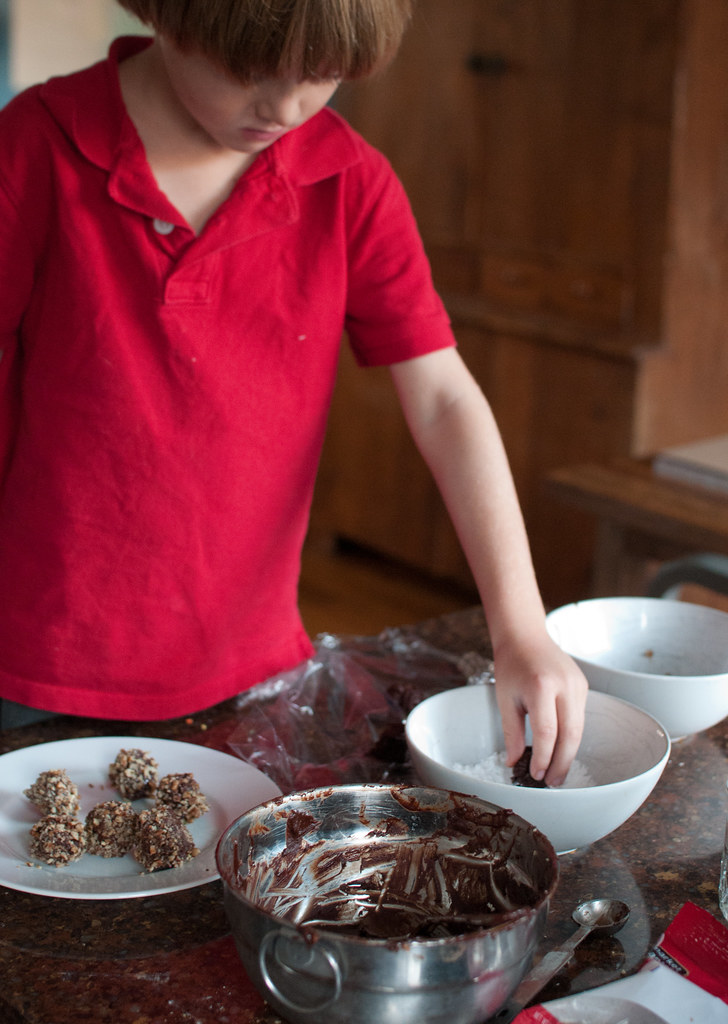 As Calvin coated the truffles, my other son Jack made the origami boxes using this origami tutorial. 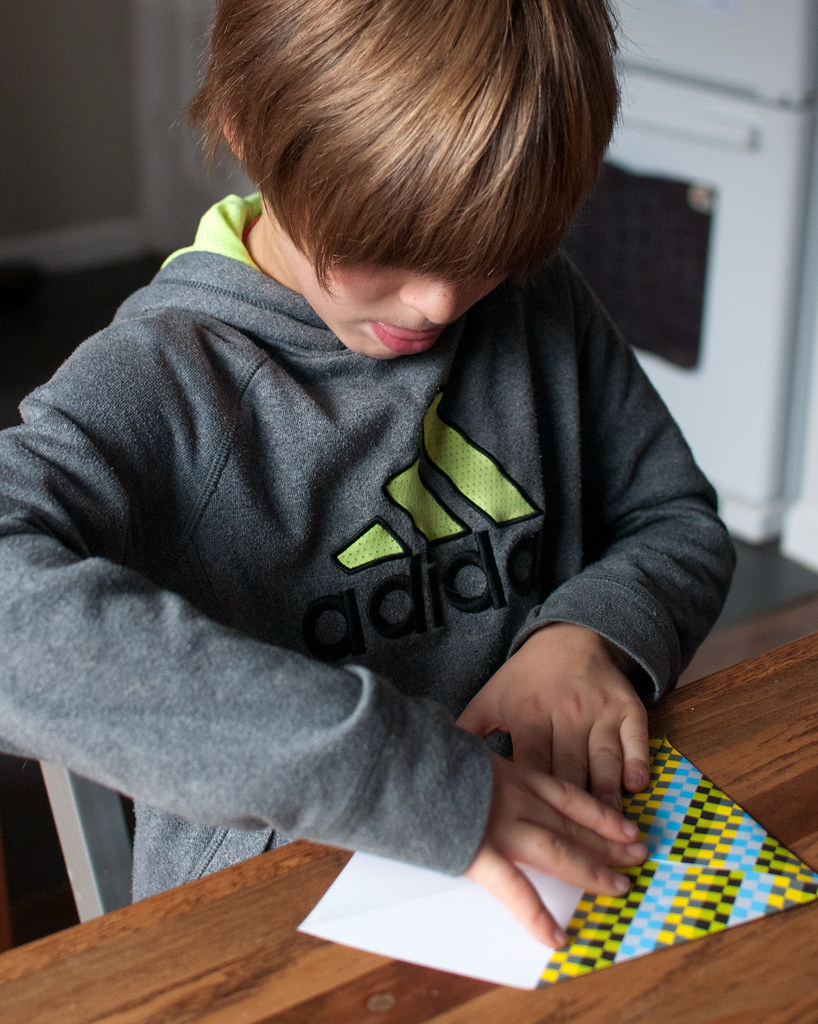 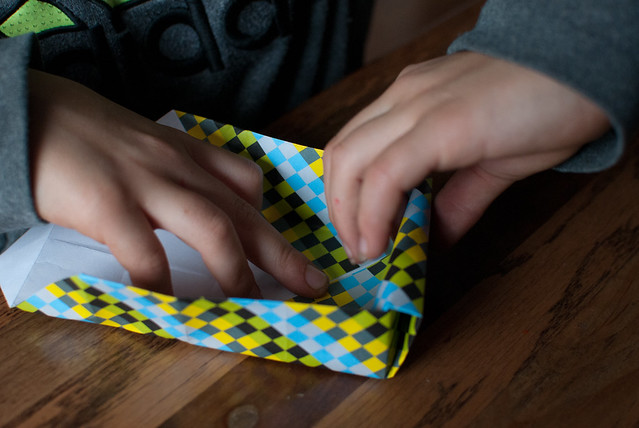 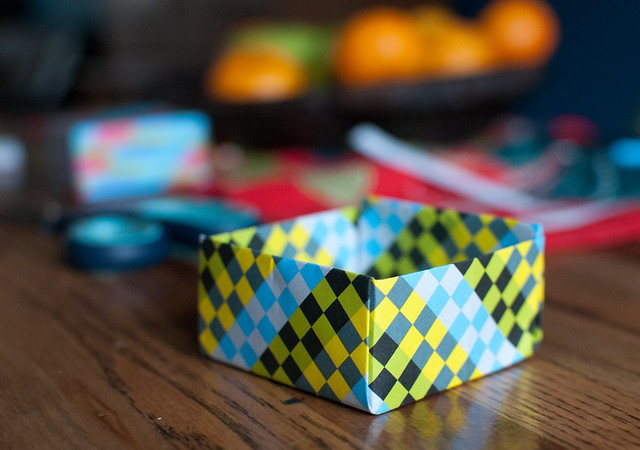 You can use any paper as long as it’s square. We used 8″ origami paper from a tablet purchased at Target.

The tops and bottoms are the same, but before folding the bottom, I cut off 1/4 inch on two sides so the bottom would be just slightly smaller and fit snugly into the top. 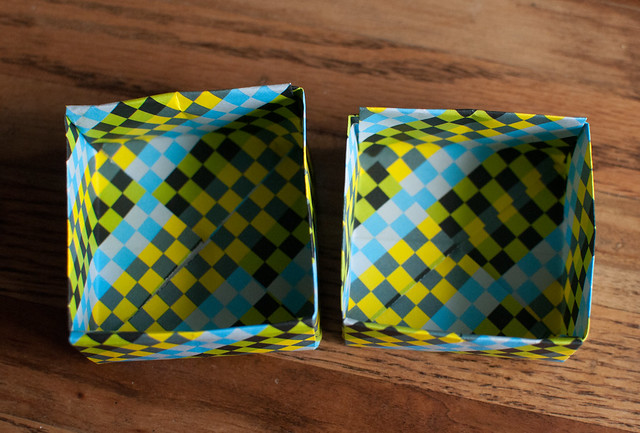 After about three tries, Jack was a pro. 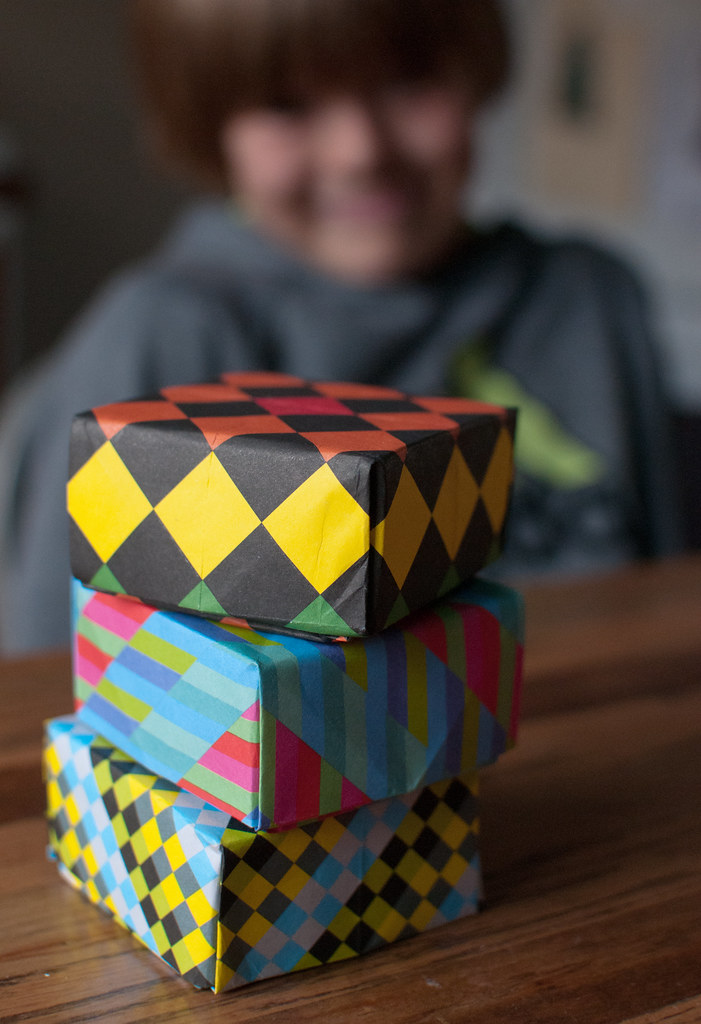 To finish our gifts, I put a piece of wax paper in the boxes (tissue paper would also work) and nestled four truffles inside. Their not-so-perfect shape gives them lots of homemade personality. 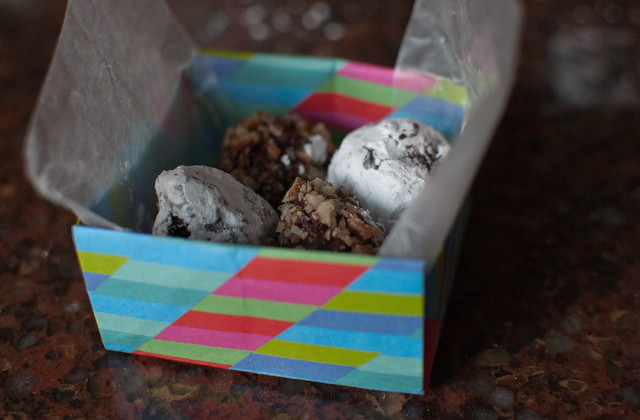 Not bad for our first attempt. We have many more planned, including some adult versions spiked with liquor. These should last in the fridge for about 2 weeks (unless eaten beforehand, of course). 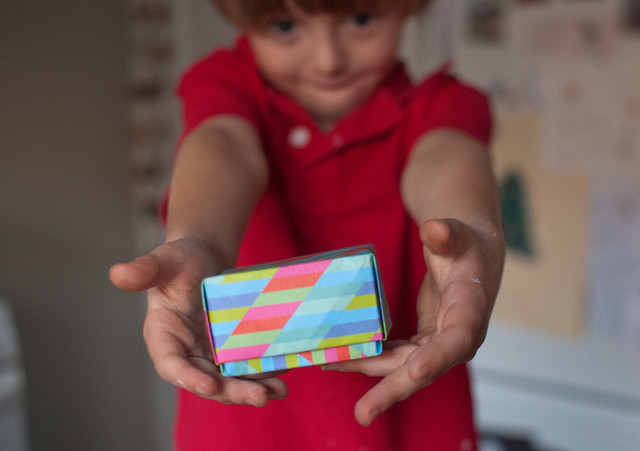