When Christina and Christopher bought their 1930s Del Ray home last year, it came with many charming features including wood floors, original moldings and arched entryways. But it also came with something not-so-charming, a dated kitchen. Before we show how they worked their DIY magic, here are the photos from the 2014 MLS at the time they bought the house: 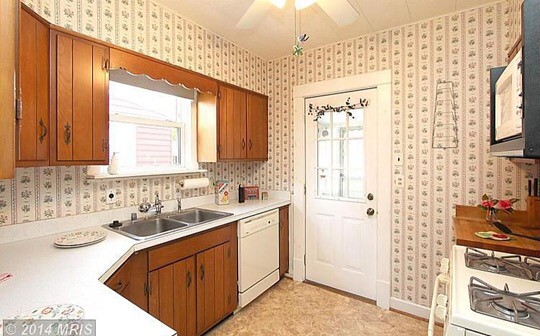 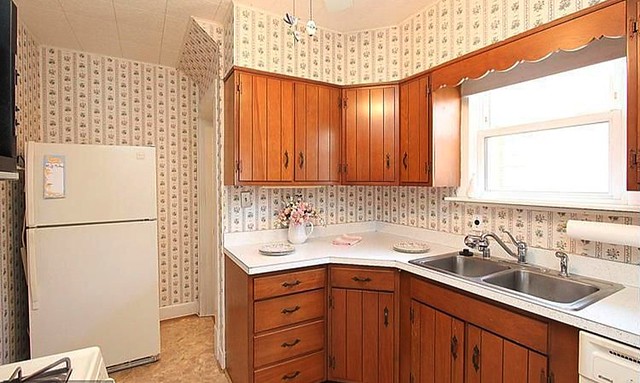 Pondering renovation options, Christina remembered reading our post that showed how Angela’s family renovated their equally dated kitchen. She liked how Angela kept the original footprint of her kitchen and maintained the size and character of her home. Christina and Christopher also considered putting an addition onto the back of the house, but in the end, they decided they would save money, do much of the work themselves and keep the kitchen the same size, just with a more modern aesthetic.

Six long weeks later, and with the help of a few subcontractors (tile, drywall and floors), the kitchen was done. 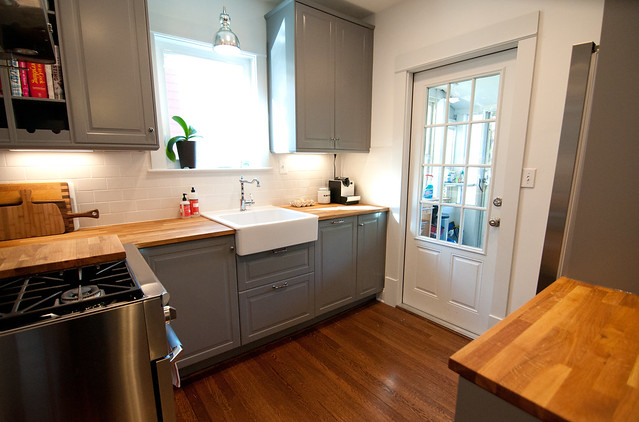 All the cabinets, the butcher block counters, the sink and hood were purchased from Ikea. Christina used Ikea’s online kitchen planning tool to get just the right layout for the new kitchen. It took some time to figure out the system, but she said the Ikea staff helped her put all the finishing touches together. 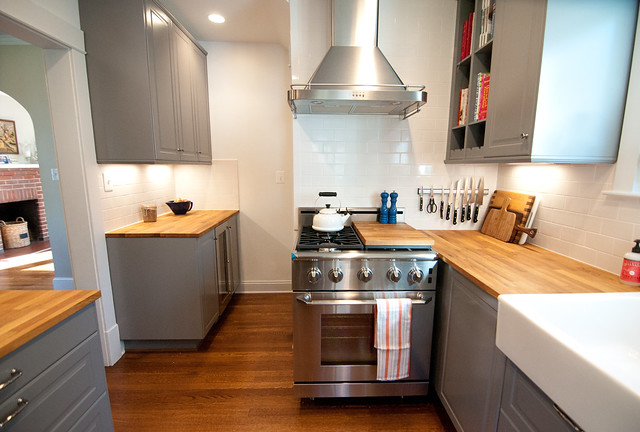 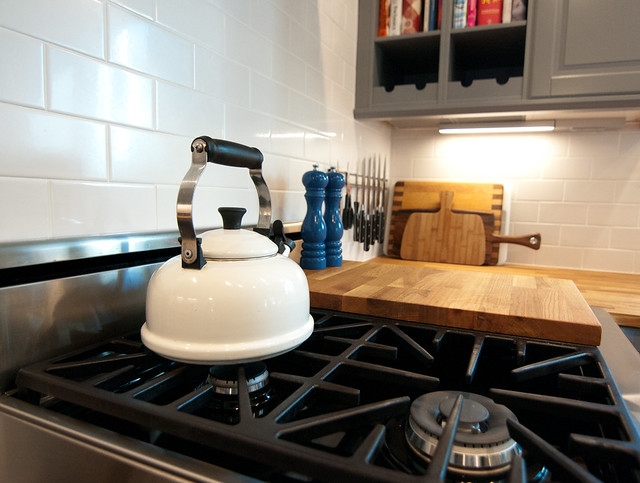 Over the sink, they removed the empty bulkheads and extended the cabinets to the ceiling. They removed the former ceiling fan in the center of the room and installed a vintage-style pendant, under-cabinet lights and recessed lighting. 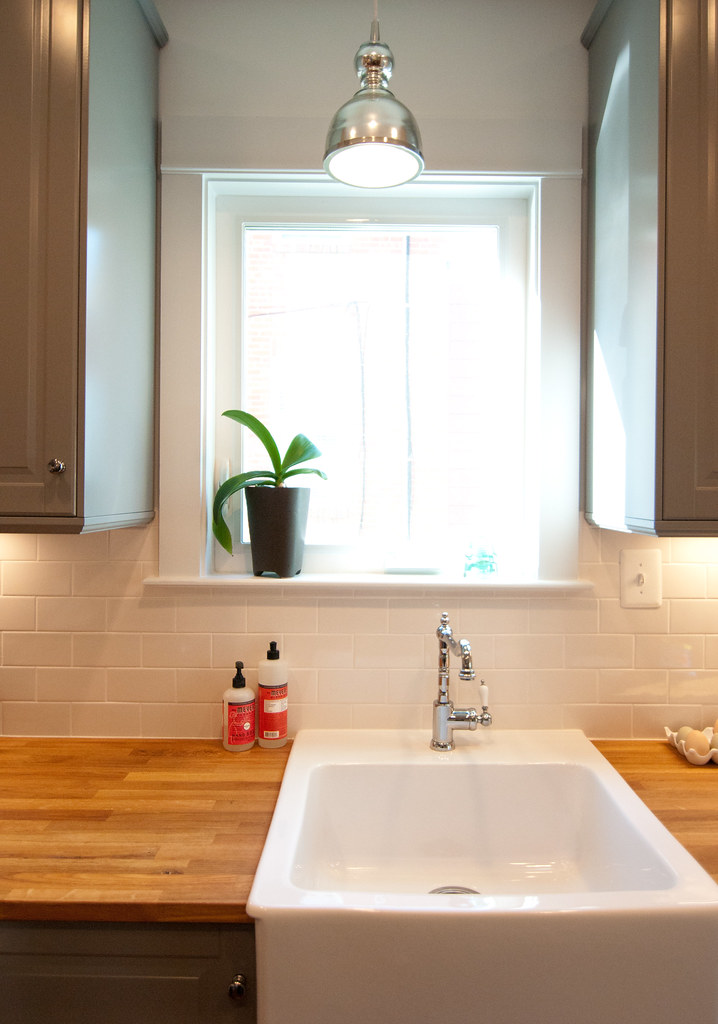 To avoid stains to the butcher block, Christina makes sure to wipe up spills when they happen. She also found mineral oil at Sur La Table that she uses to condition the butcher block every couple of months. 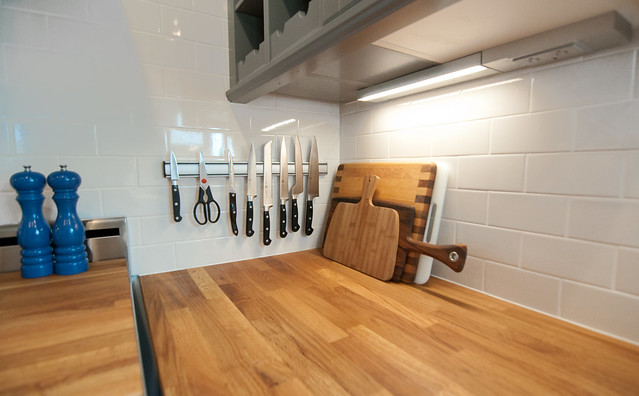 In the original kitchen, the placement of the fridge blocked access to the basement stairs. To resolve the cramped space issue, they moved the fridge to the corner where the stove had been and moved the stove to another wall. 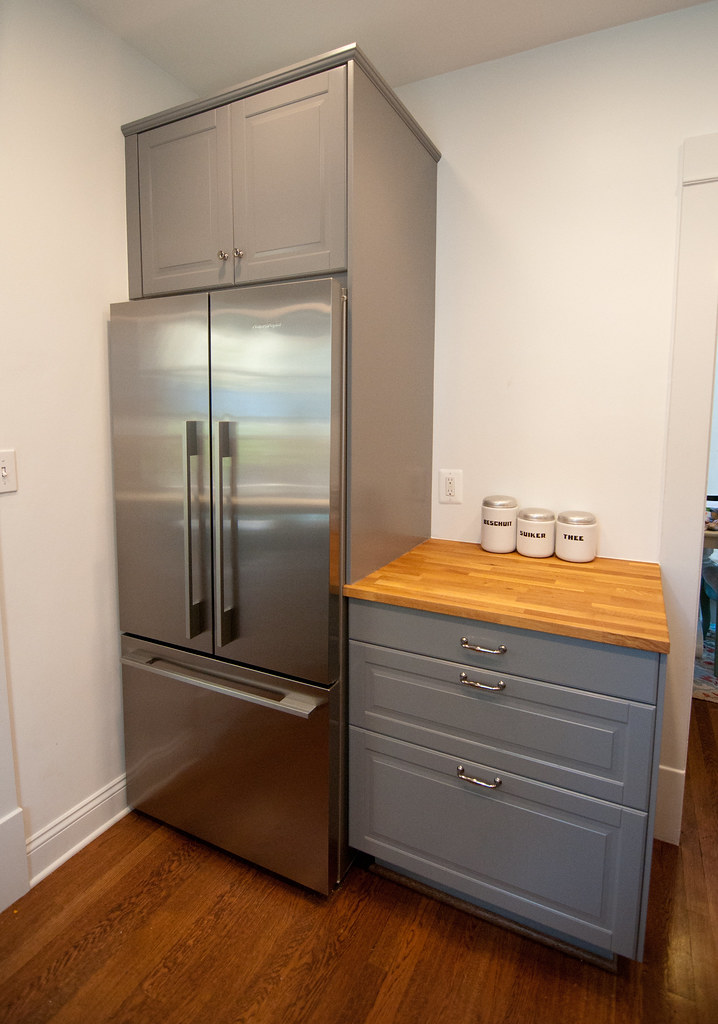 Plus, moving the fridge away from its original corner opened up space for their wine fridge (a gift from Christopher’s parents) and additional cabinets and counters — every inch counts! 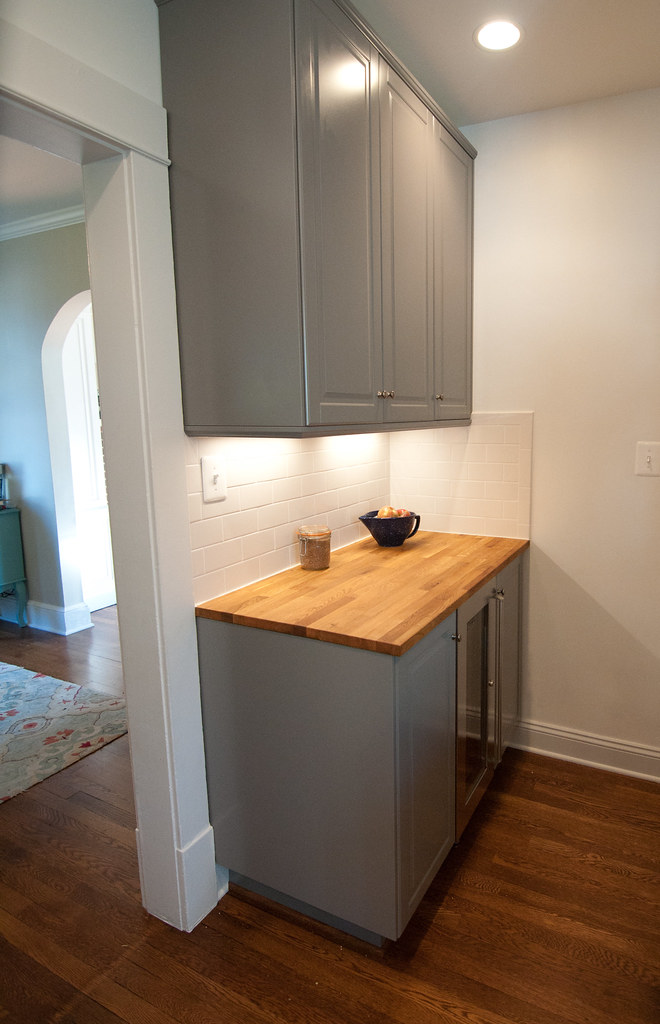 They downsized to an 18-inch dishwasher (hidden behind cabinets) and fortunately, even with three kids in the house, the smaller dishwasher hasn’t been an issue. They also made the decision not to put a microwave in the kitchen. It has taken some adjustments, but they do keep one in the basement for use when making popcorn or when reheating food in a hurry. 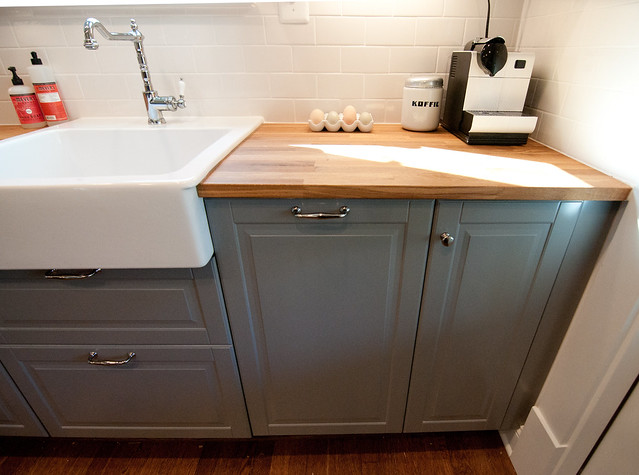 Previously, the floors were linoleum. During demo they found a 1930s newspaper hidden underneath (which they saved). Much to their joy, they also found hardwoods. Once refinished and patched in a few places, the wood floors look just as nice as the floors in the rest of the house. The contractor they hired to redo the floors was planning to remove the wood completely, but Christina was adamant about salvaging them, a wise and cost-saving decision. 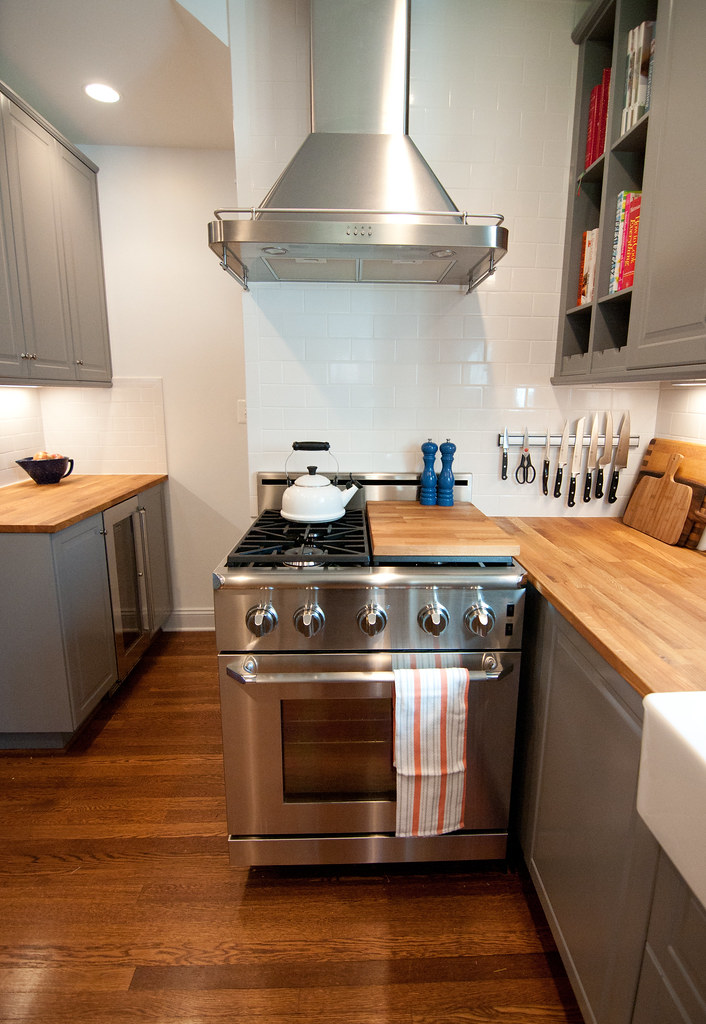 Well done, Christina and Christopher, your kitchen is absolutely stunning. Thank you for sharing!

Below is a list of materials used for this project. If you have any questions about the reno, please feel free to comment below.