When photos of adorable dogs in Nepal decked in marigold garlands appeared in the news earlier this year, we thought it would be great to do something similar in Del Ray. After all, Del Ray is a haven for dogs. We imagined a parade of Del Ray dogs through town. 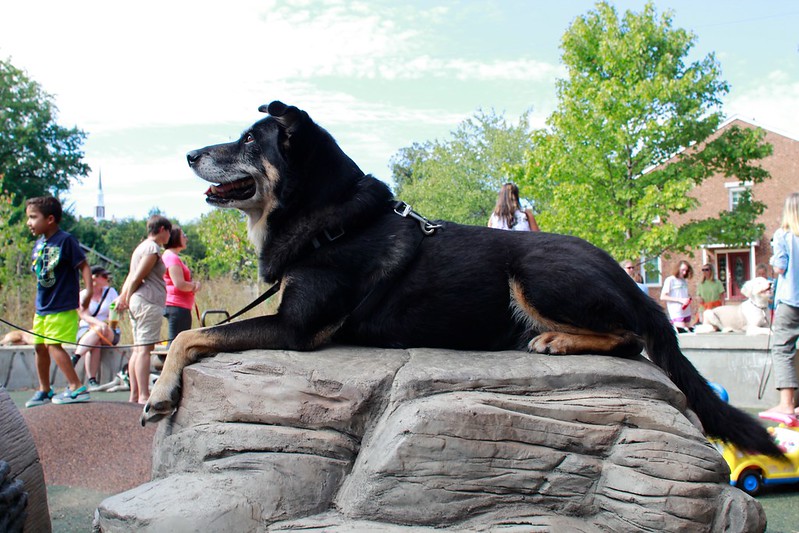 On September 20, we honored Del Ray dogs in the Nepalese tradition called Kukur Tihar or Kukur Puja, the worship of dogs. 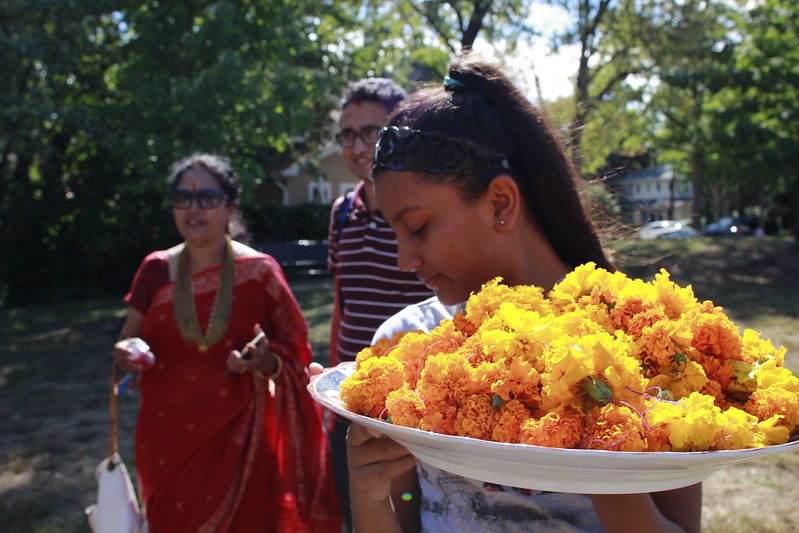 While in the initial planning phase for the event, our friends at doggiewalker.com referred us to local Del Ray resident and dog lover Susan Walke. Susan lived in Nepal and participated in Kurkur Tihar so she had first-hand knowledge about how it works and strong ties to the local Nepalese community in our area. 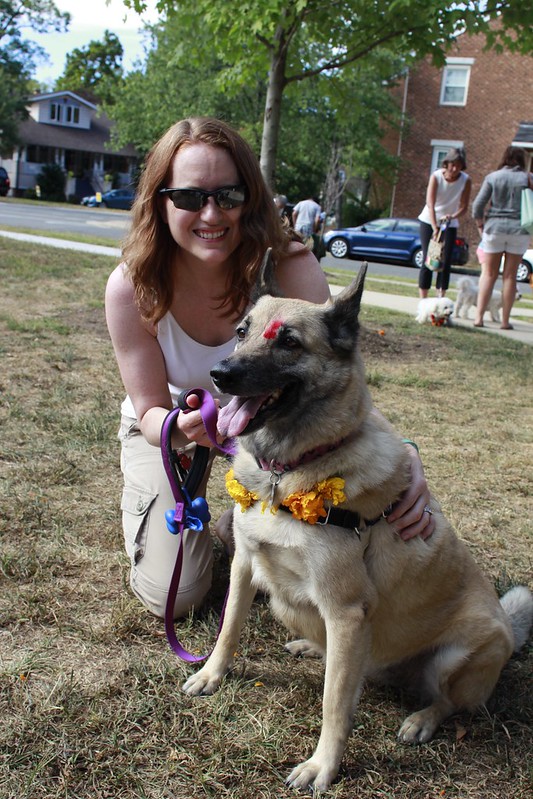 Several Nepalese community leaders celebrated with us and even donated all the marigold garlands that adorned each dog. 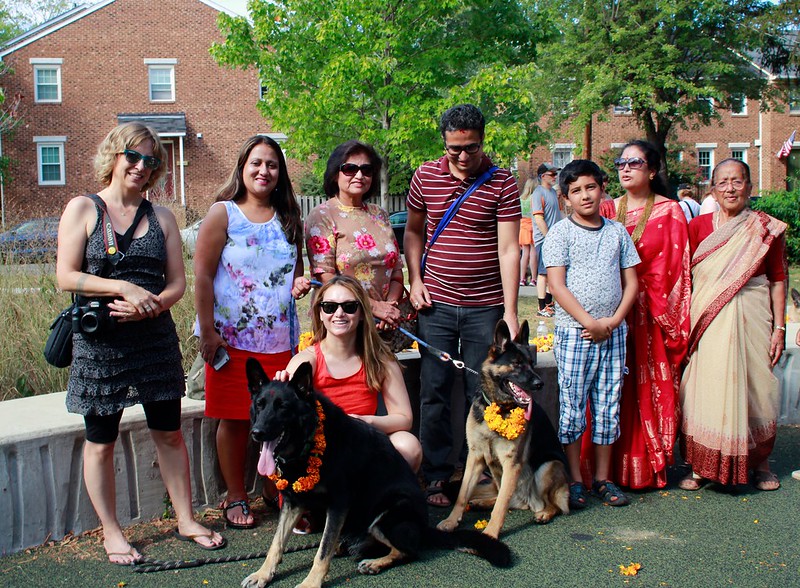 We met at the Del Ray “Pocket Park” on the corner of E. Del Ray and Commonwealth Ave. where the dogs had a chance to meet and sniff each other. 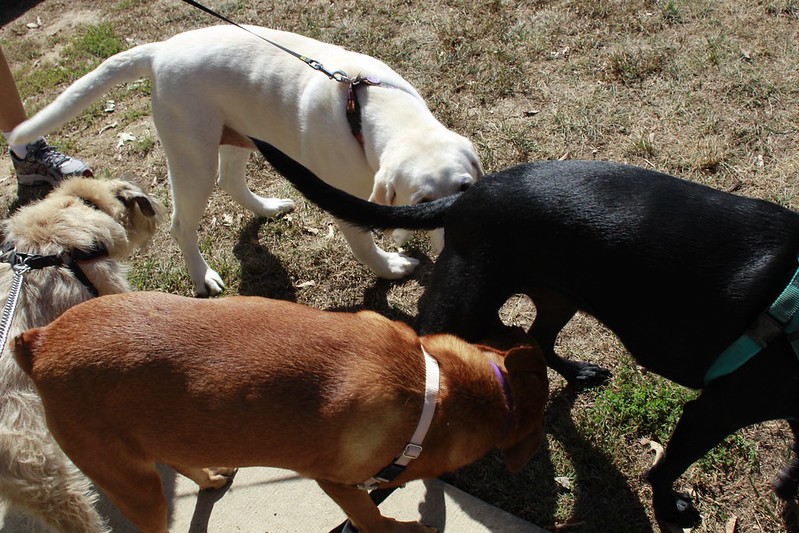 We set up the marigold garlands according to size. 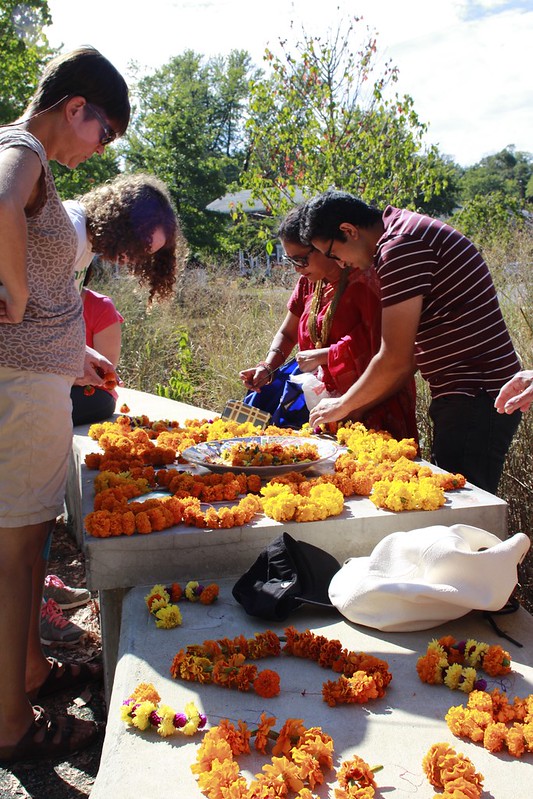 Mrs. Bandita Sharma Dahal spoke to everyone for a few minutes, telling us about the ritual we were about to perform. She said that dogs are honored as protectors of the home and also the messengers of Lord Yamaraj, the God of Death. Dogs are worshiped each year for Kukur Tihar and offered garlands, tika (the red powder) and special treats. 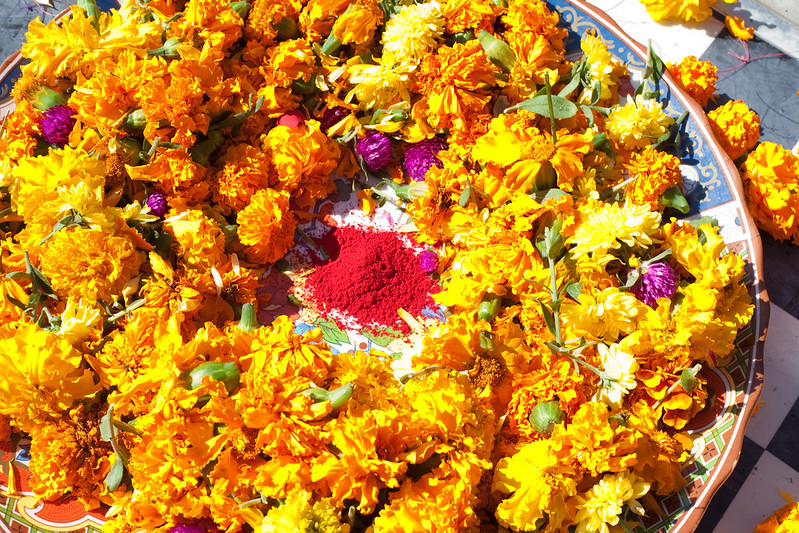 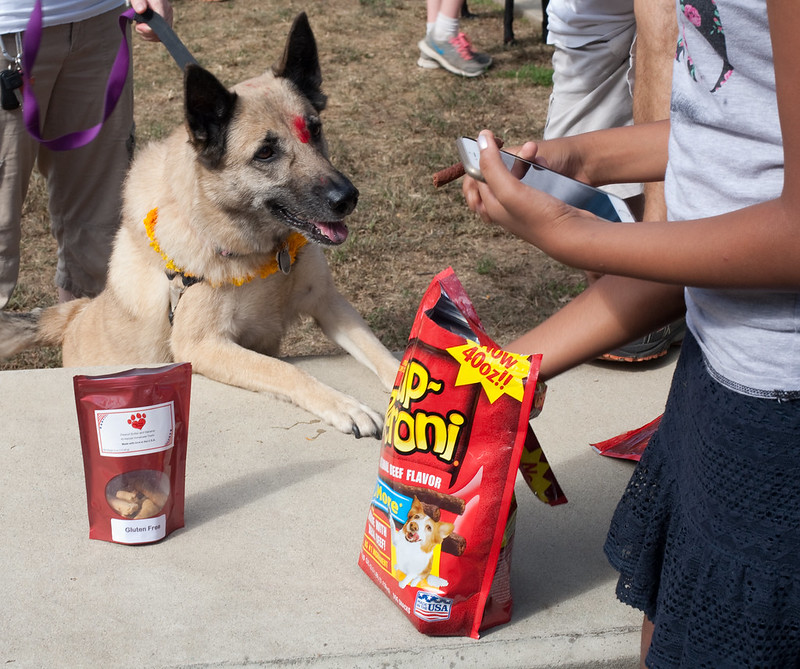 We decorated the forehead of each dog with colored powder (tika) as we presented them with their own marigold garland. 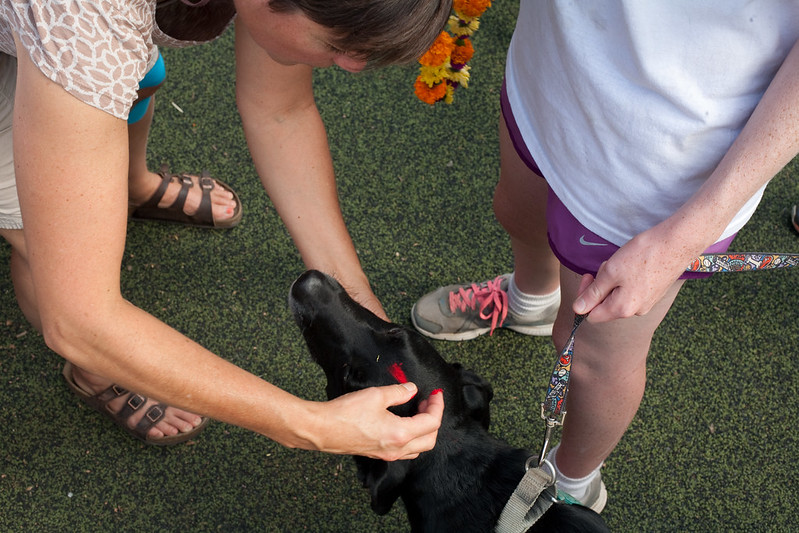 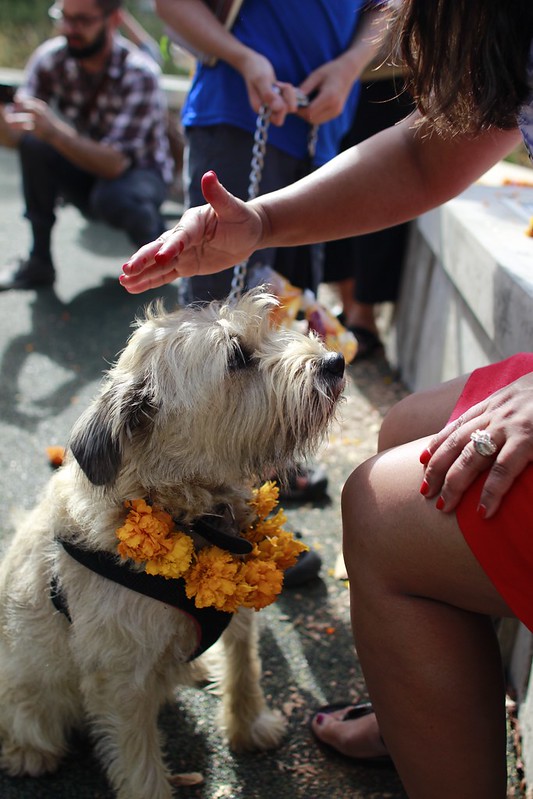 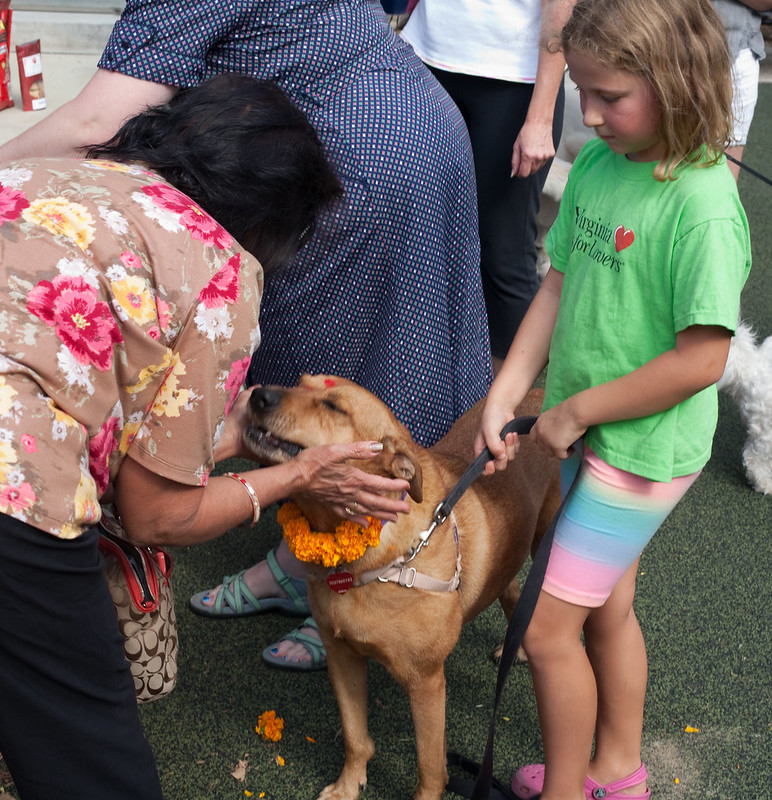 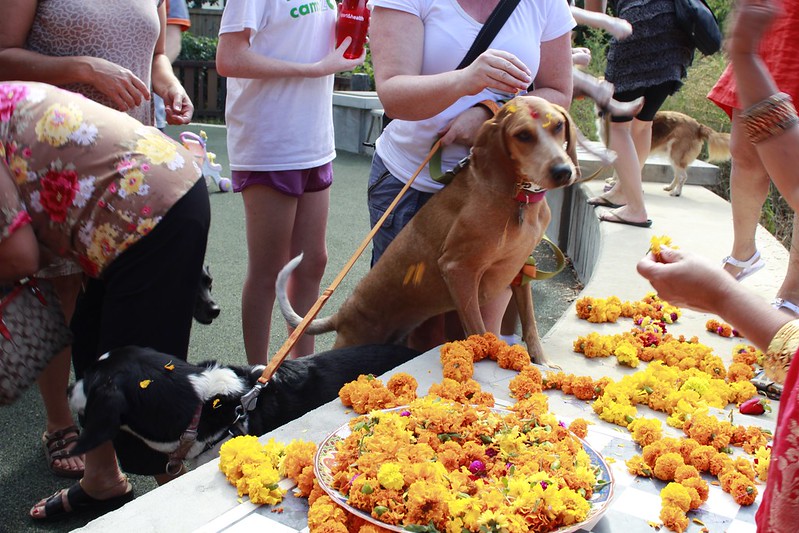 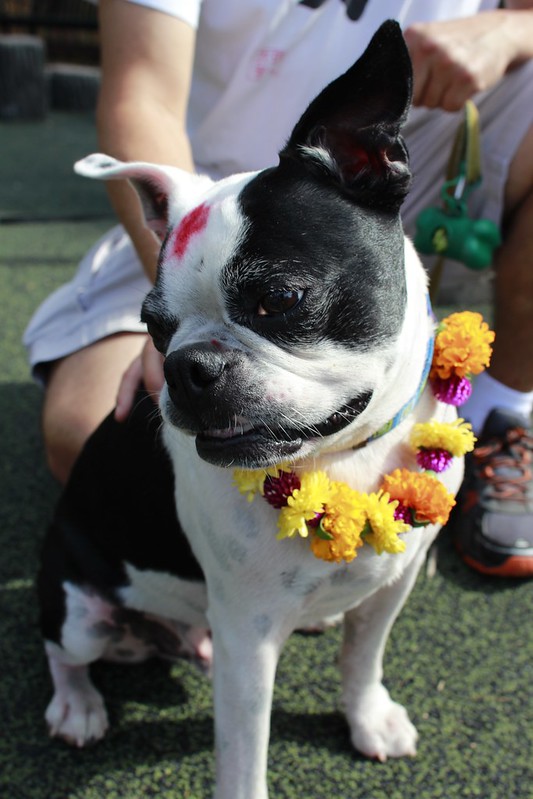 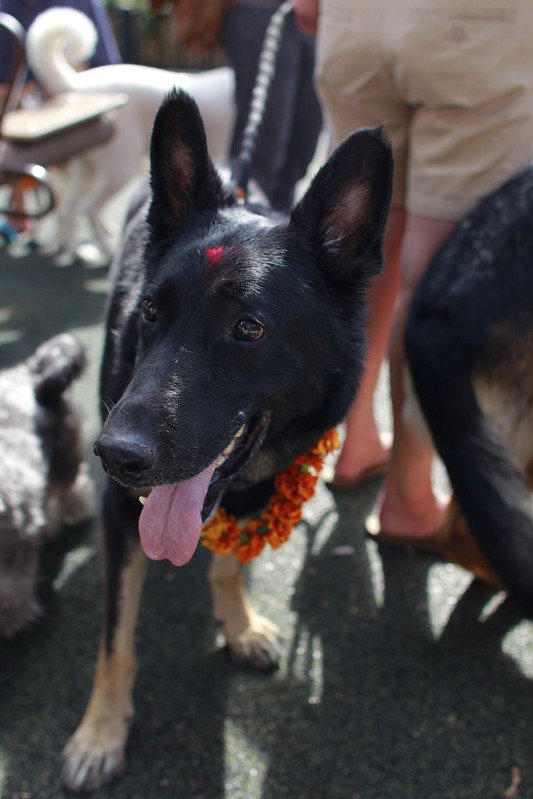 The group walked through Del Ray. 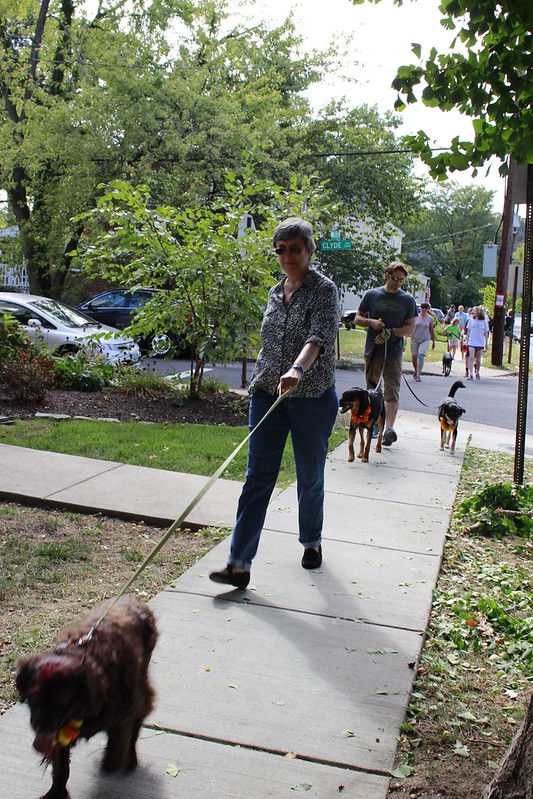 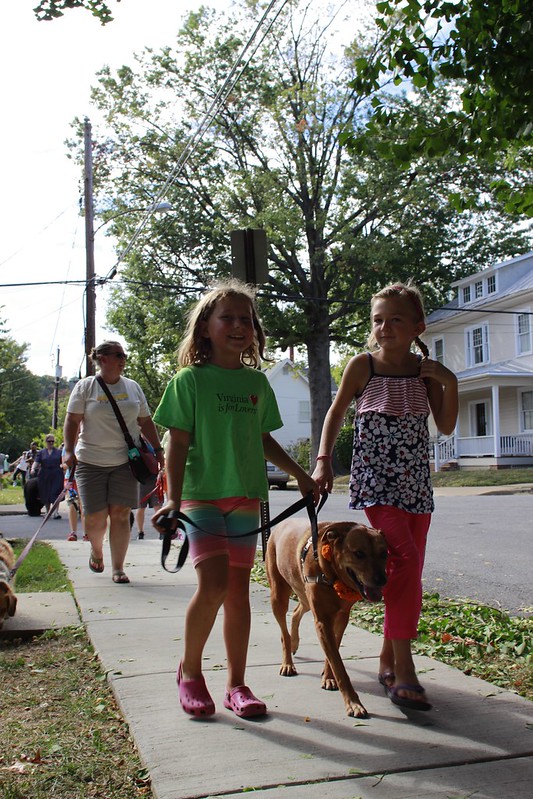 Stopping for rests and water breaks along the way… 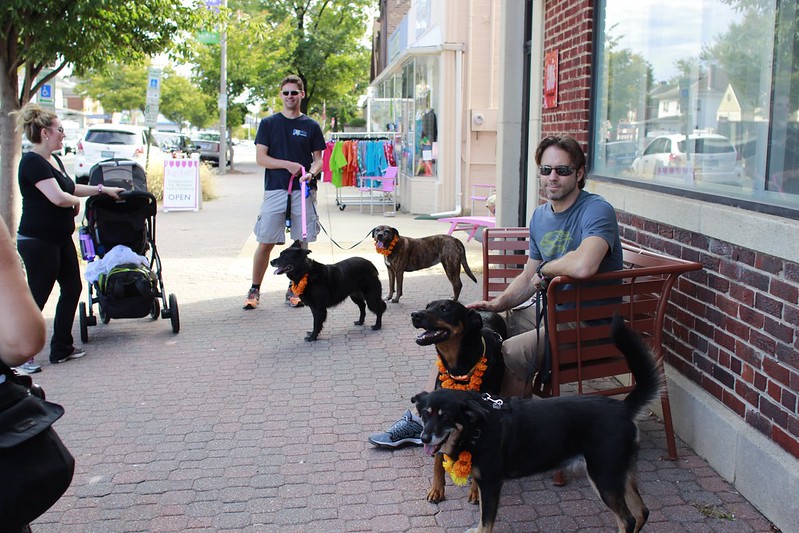 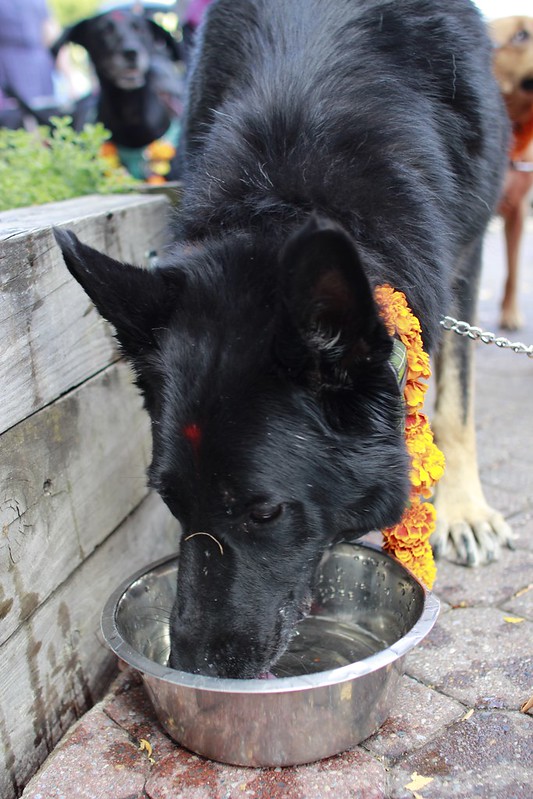 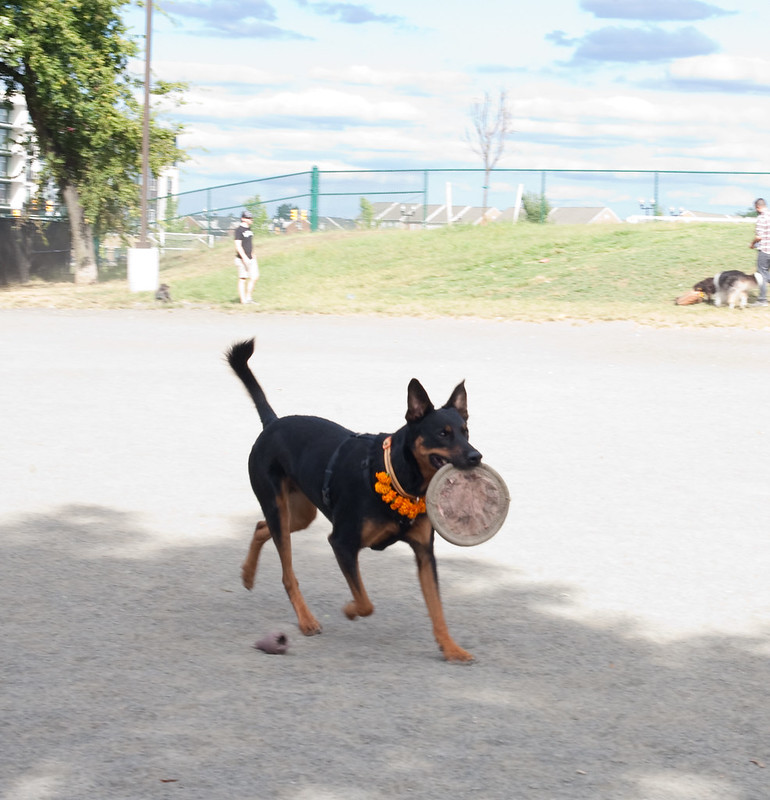 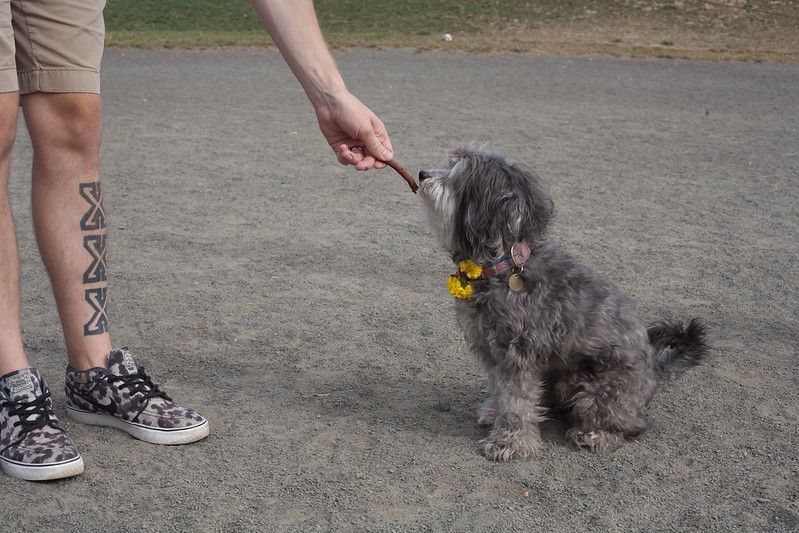 After all that walking and socializing, the dogs were ready for a nap! 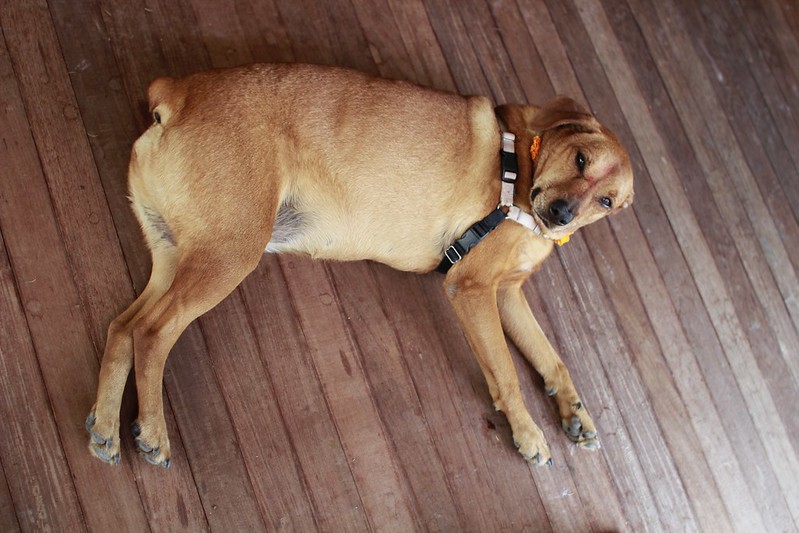 Not only was this a fun event for everyone, we raised $540 for Nepal. The funds will be used to purchase a new set of clothing for 40 orphans in a town about an hour from Kathmandu. The Rotary Club will also prepare a special festival meal (for the Nepali festival of Dashain) for the children when they take them the clothes.

If you would like a picture of your dog from the parade, send us an email at info@diydelray.com.