Maria couldn’t be happier with how her rowhouse kitchen renovation turned out. Ultimately, she decided to emulate Mark and Sally’s eat-in kitchen with built-in banquette, while making some unique layout choices and adding her own design flourishes. Her “before” space was divided into small rooms. Here is the original dining room… 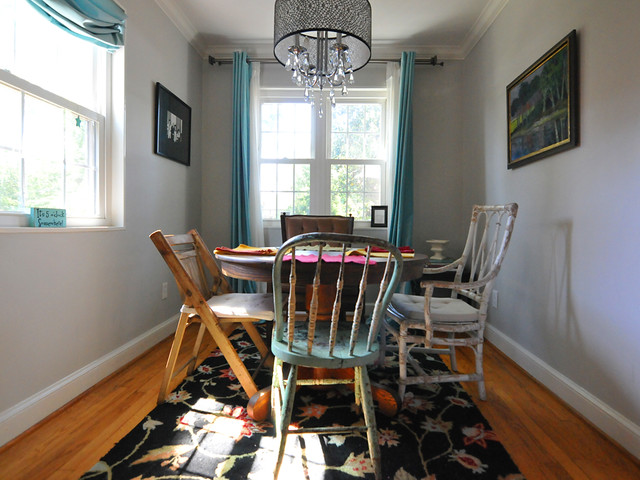 And here is one wall of the original galley kitchen. 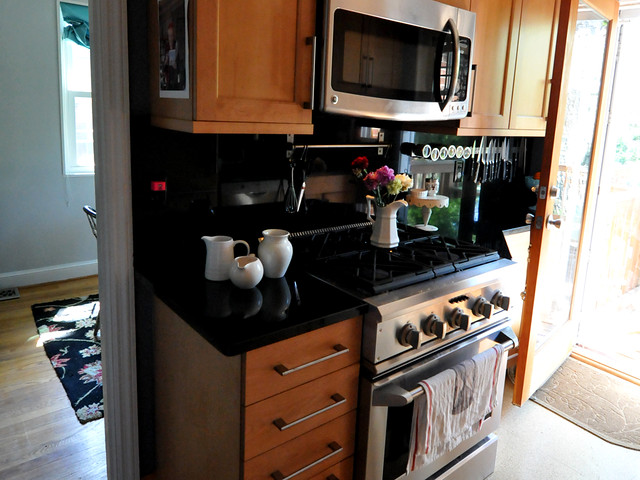 The opposite wall where Maria has her sink, dishwasher, and refrigerator didn’t change at all. Maria kept all of the same appliances and cabinetry in her new kitchen overall. 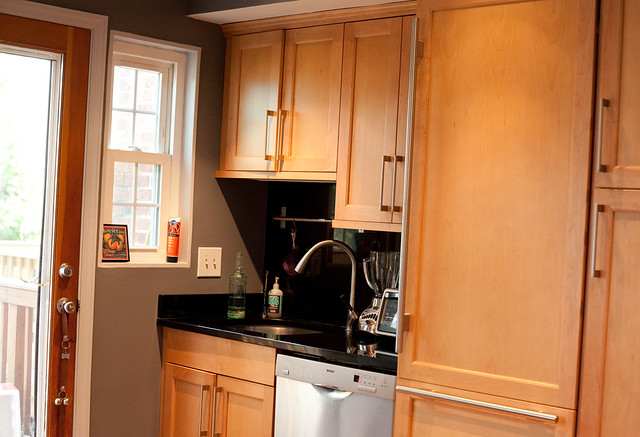 Maria’s contractor took down the door frame to the dining room and the center wall and then rerouted the ductwork. 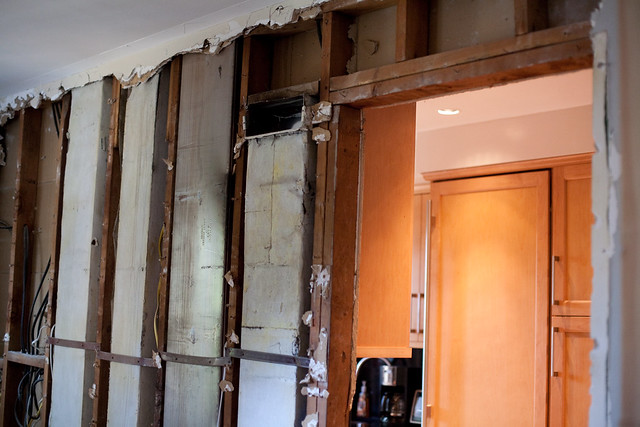 Which created the space for a cozy eating and lounging space in the dining area. 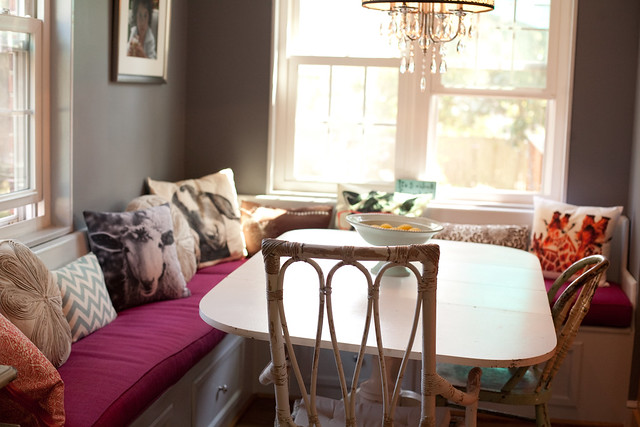 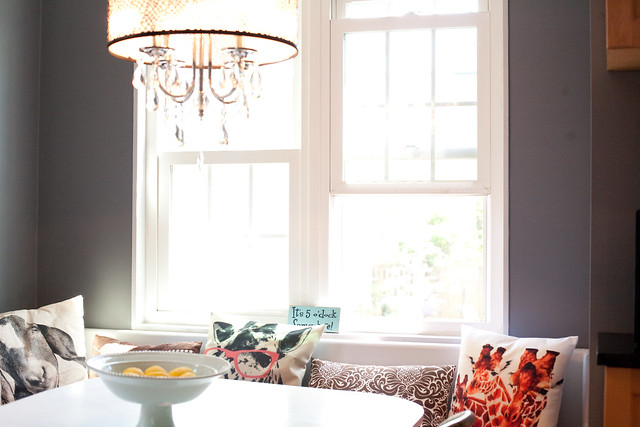 Maria purchased a tall vintage cabinet to go against the far corner of the dining room that doubles as her pantry. 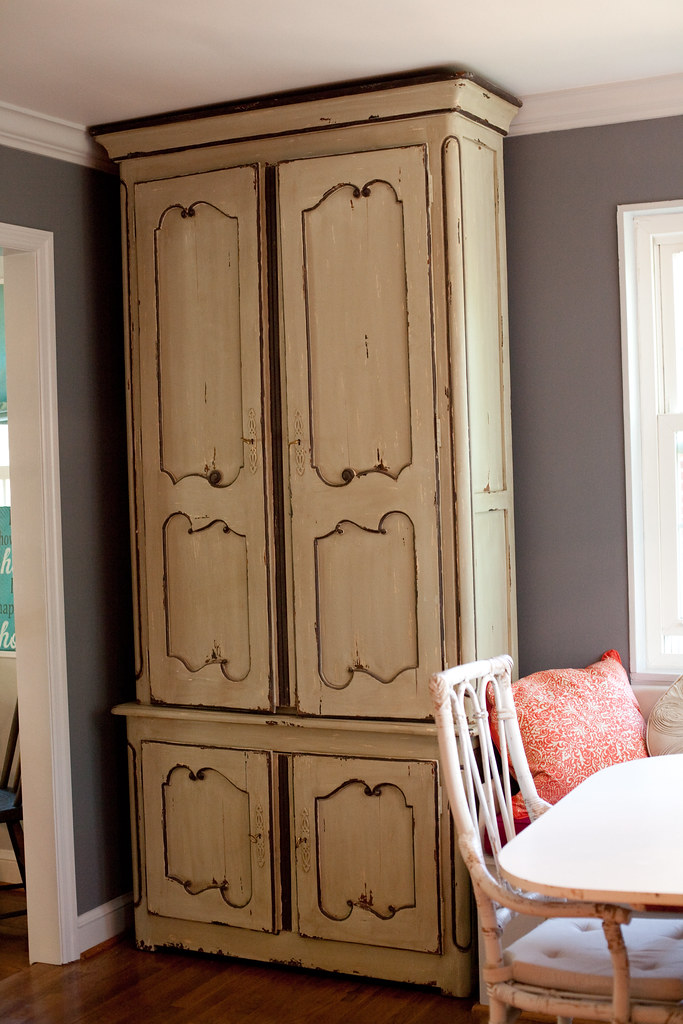 She also added new butcher block countertops to go next to the oven, which is now on the wall opposite the back door and includes a nice opening into the living room, letting more light natural light flow throughout the main floor. 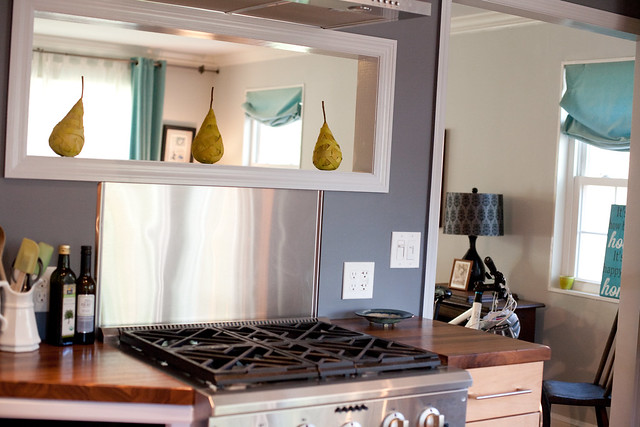 Since the oven is now farther from an outside wall than it was before the remodel, it had to be revented out a different wall. As a result, they had to cut a new hole on the outside brick. Maria says it was not really a challenge, so much as an added cost. 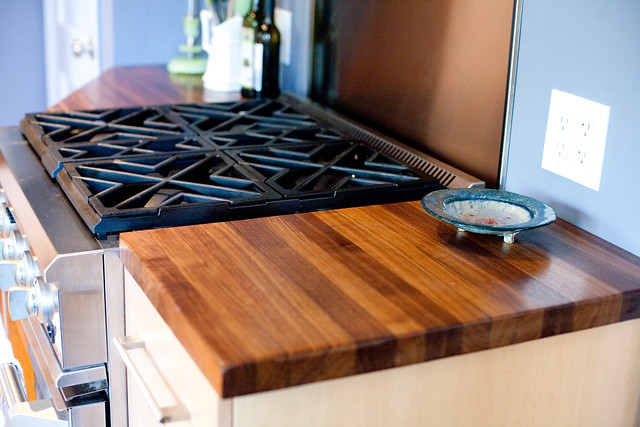 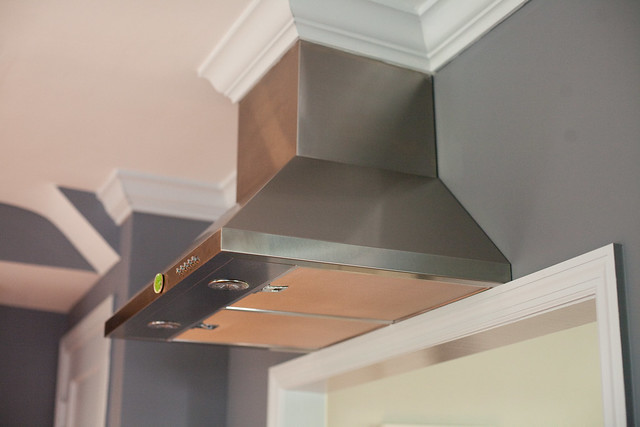 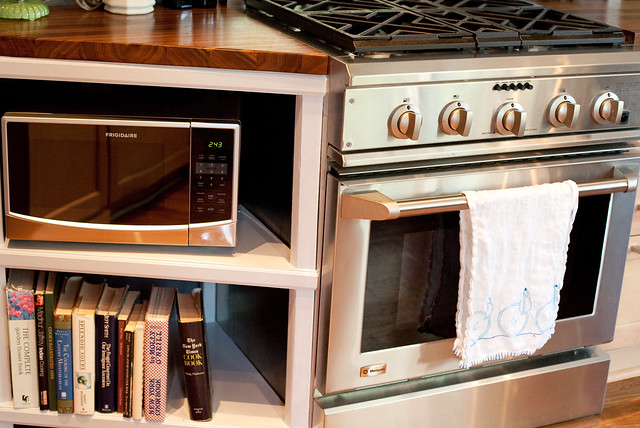 …and across from the oven. 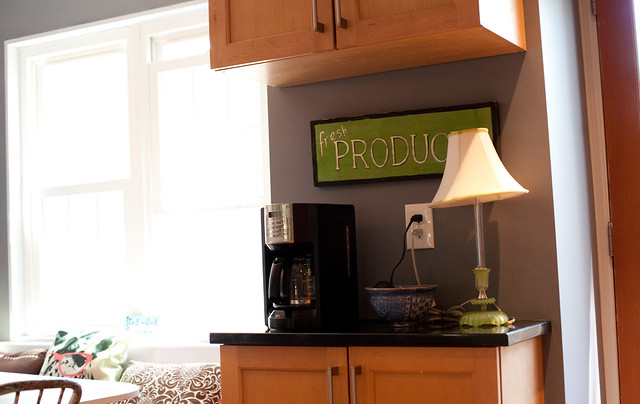 Maria’s contractor also built the banquette and drawers underneath the bench, another clever way to achieve more storage space in a small kitchen. 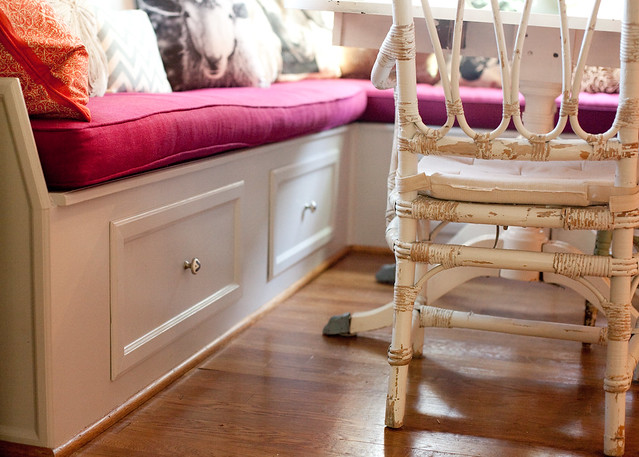 The flooring is new too. She had the cork flooring in the kitchen removed. Her contractor added new subflooring to level out the floors between the two rooms and then he installed new wood flooring throughout. The wood floors flow nicely through the two rooms now. 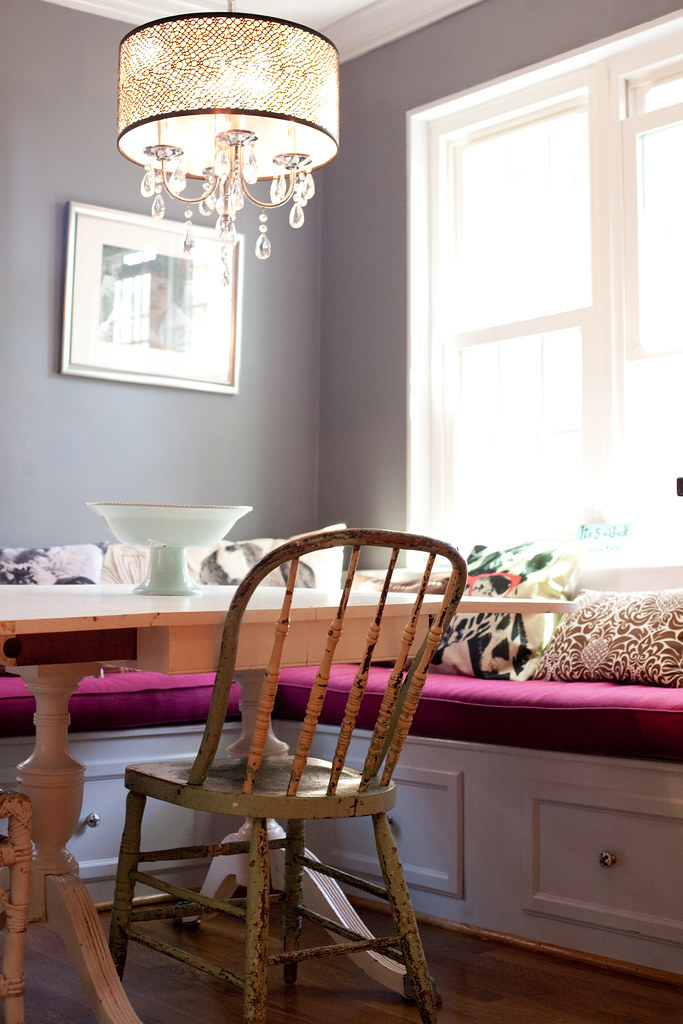 Toss in a few fun pillows and the space is instantly welcoming as well as functional. Maria says it’s become the best feature of her home – a place to gather with friends and family, cook and entertain. There’s plenty of light streaming in and room to move freely between the dining table and the kitchen. She’s thrilled. 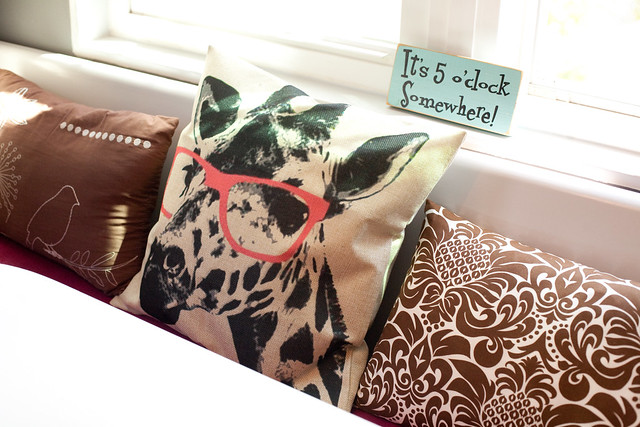 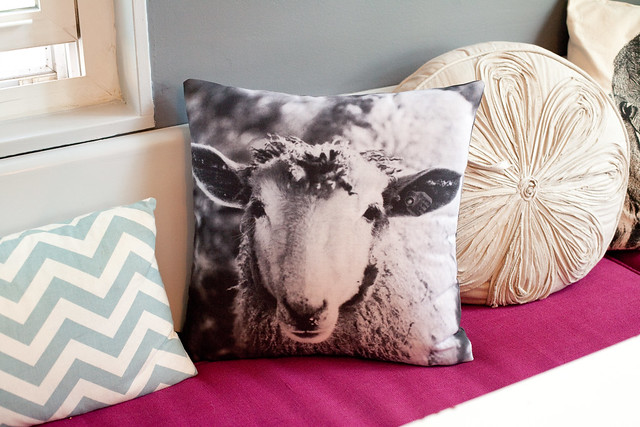 The entire remodel took about three weeks. The built-in bench was done off-site, so she had to wait longer for that piece – maybe another three weeks – but she says it was so worth it. She did sacrifice some counter space to get the design she wanted and wishes she had a bit more, but all in all she’s extremely pleased with the results.

The colors and textures of Maria’s interior design remind me as well of the beautiful job she did in her remodeled pop-up camper.