Herb spirals are a permaculture structure, created of stone or brick in a circular pattern. They provide micro-climates for different types of plants and they are habitat for beneficial insects. I learned about herb spirals from Michael Judd’s book Edible Landscaping with a Permaculture Twist. The idea of the herb spiral is to create a type of raised bed where the bed rises in a spiral rather than being flat.

I made my herb spiral with bricks because I had a lot of them from the former homeowner’s landscaping. I placed cardboard at the bottom since I was working on grass. Then started to lay the bricks. I will admit that it took several tries to get the spiral just right. At first, I made it too narrow so that the internal swirl was too close to the sides. 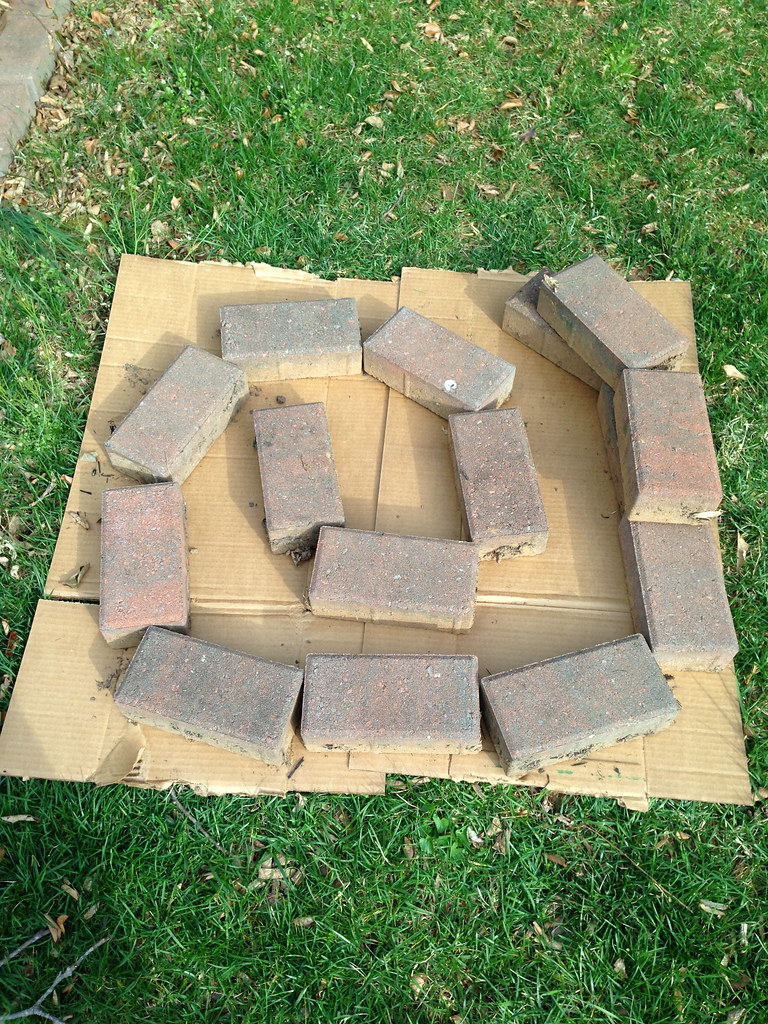 I had to remove several layers of bricks and start the outer curve over so that it was wider, leaving more room in the middle. 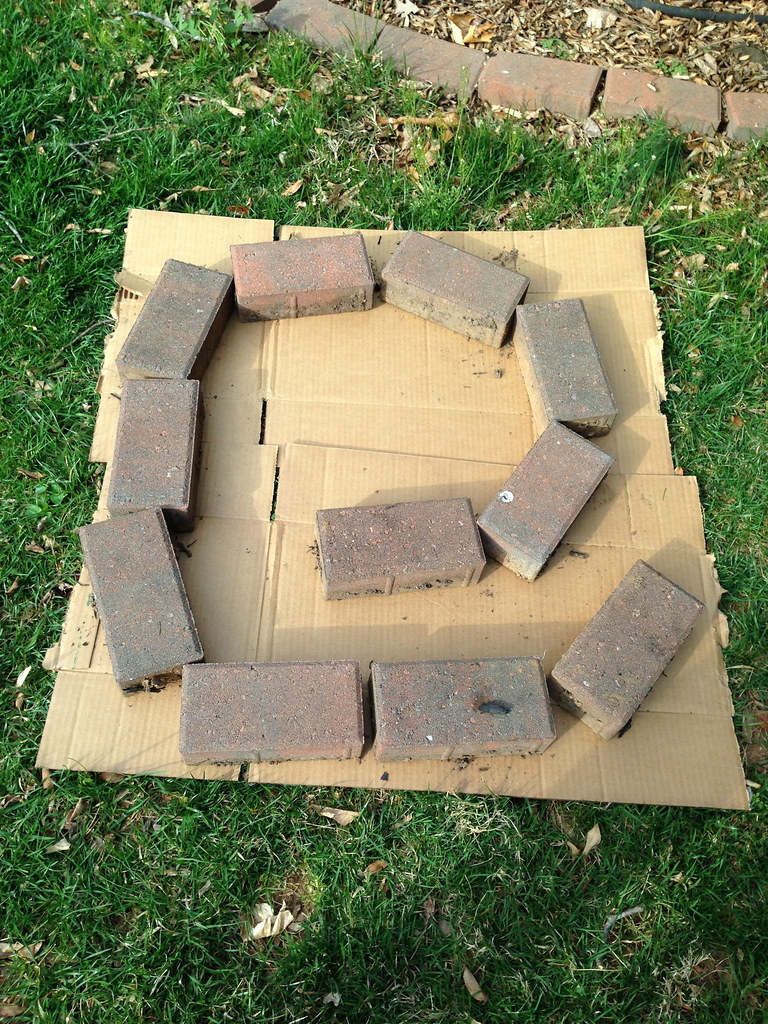 Once I got the first layer of bricks set up, I added more layers, rising a new layer every two and a half bricks or so. 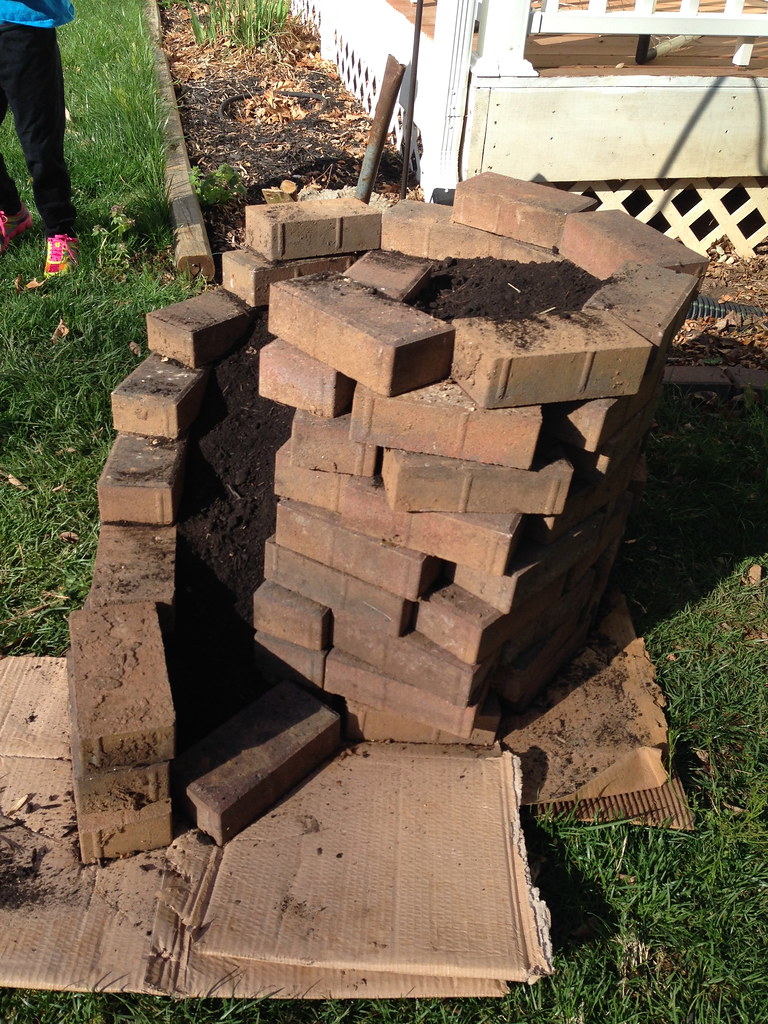 I  added gravel inside the spiral to keep it sturdy and to avoid using unnecessary extra soil. Then I filled the remainder of the spiral with soil. I put some extra soil at the bottom to cover the cardboard. 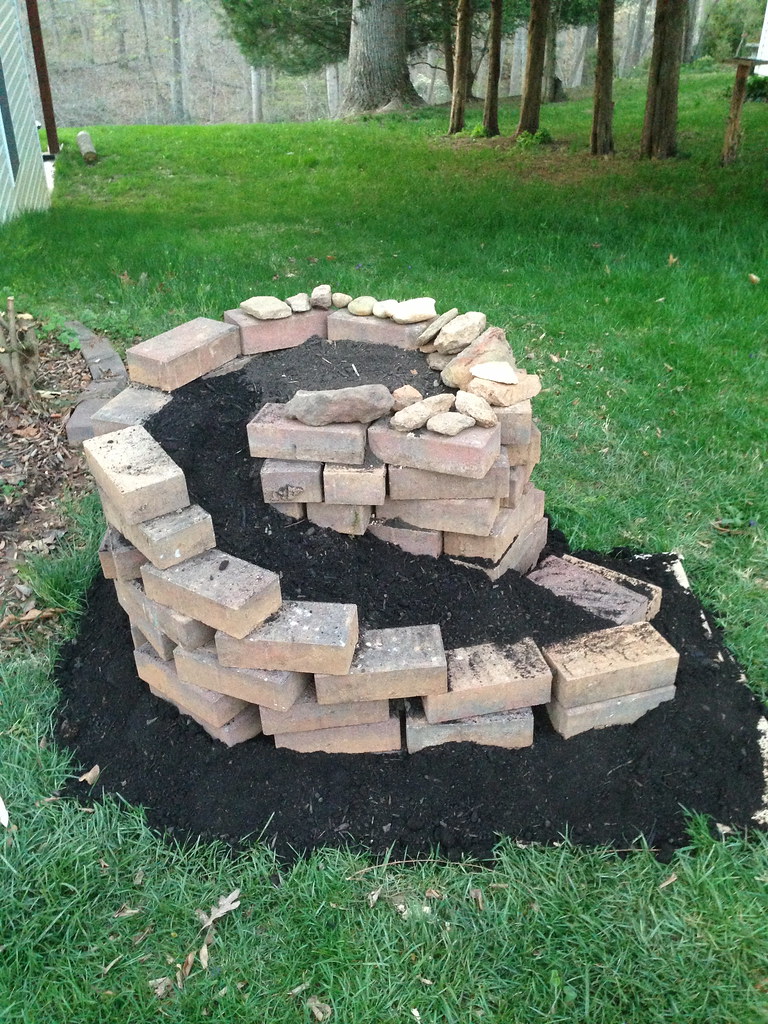 I planted rosemary and thyme at the top where it will be hotter and drier, then I planted parsley and sage, and finally cilantro at the bottom of the spiral where it should be cooler. I found some dill at the farmer’s market so I planted that around the parsley and sage. 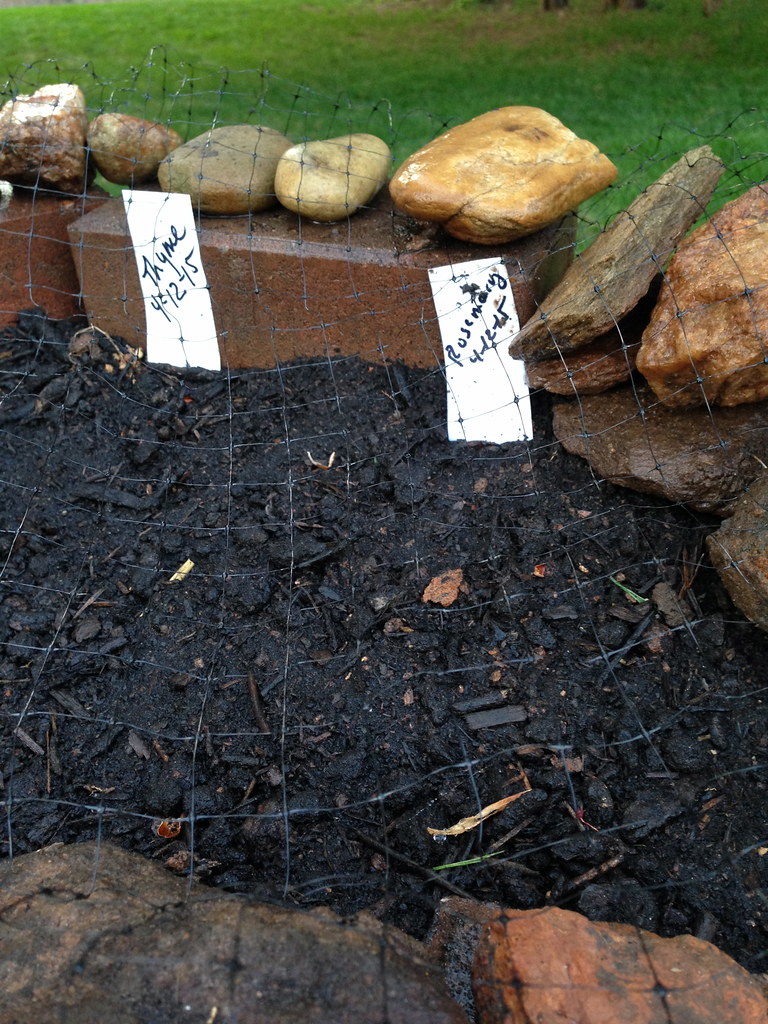 I added bird netting to the top to keep the squirrels out and to keep the deer from eating the seedlings. After a couple of weeks, I noticed that the soil was settling so that it was no longer near the top of the bricks. Had I known this, I would have waited to plant the seeds until the soil had settled, added more soil, then planted the seeds. You may want to take this into consideration when you make your spiral. 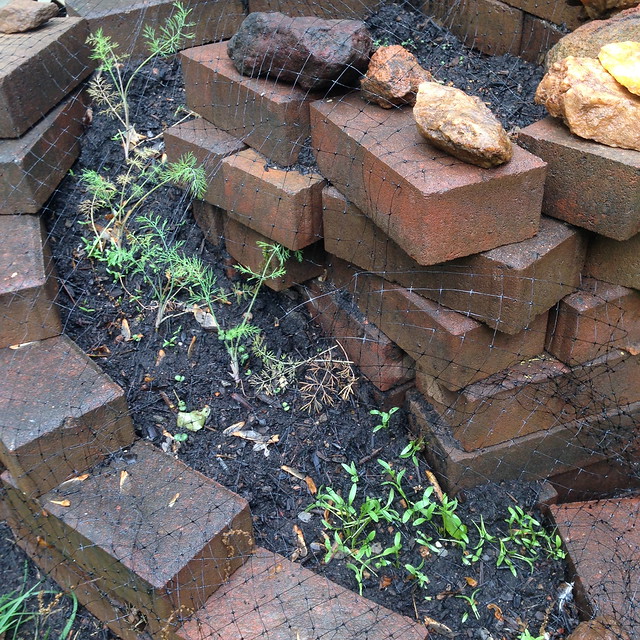 Variations on the herb spiral: You don’t have to plant just herbs! You can plants veggies or flowers. And you can add plants around the base of the spiral. 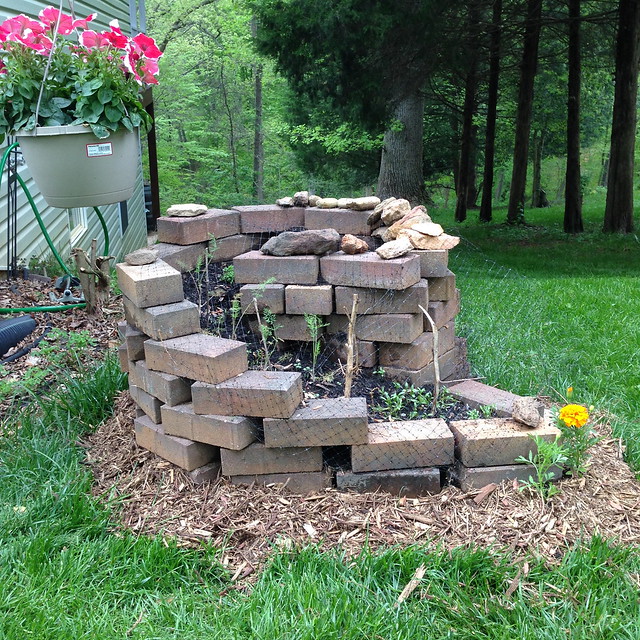