Studio Tour: A Shared Woodworking Space at the Birchmere

As we all know, space is at a premium in Del Ray, which makes the high-ceilinged warehouse at the Birchmere, a coop shared by several woodworkers, all the more exceptional. To get there, you almost need a treasure map — enter the parking lot for the legendary Birchmere concert hall, drive all the way around the back where ticket-goers line up for shows, keep going until you see a bright yellow door, with a sign above for Kiwi Custom Carpentry. Campbell Wood and Nicole Wood, shown here, are the owners of Kiwi Custom Cabinetry, as well as the entire coop, which they opened in 2013. 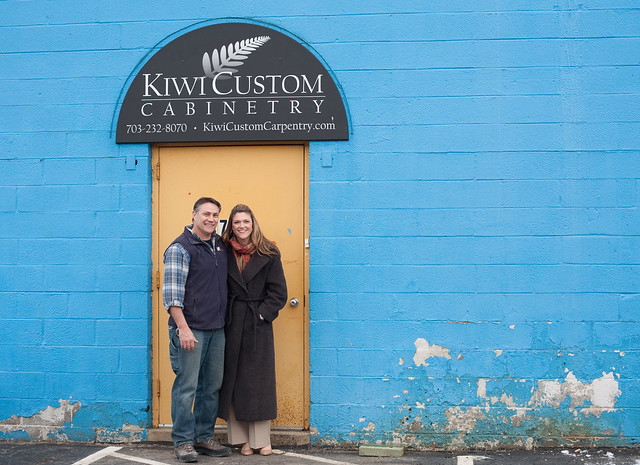 I met one of the artists, Lisa Sikes, for a tour of the workspace. Lisa runs Heart & Hammer Furniture Co, specializing in locally sourced and reclaimed wood. 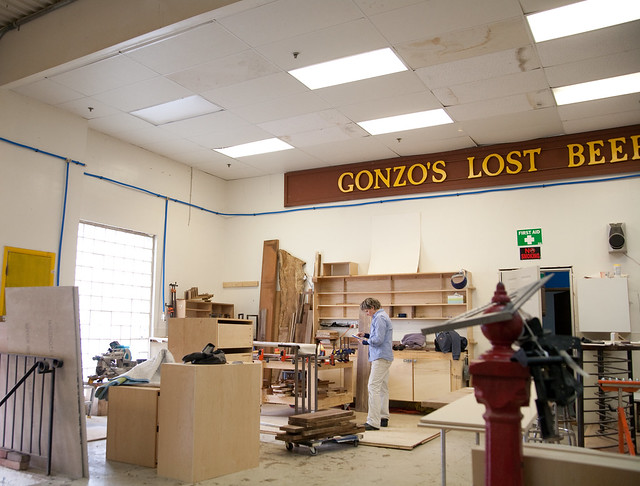 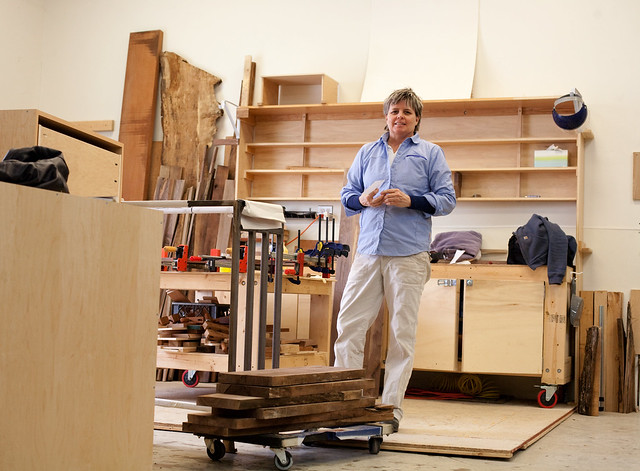 Stacked in a corner of her workspace, I saw several pieces of reclaimed wood she’s using for upcoming projects. 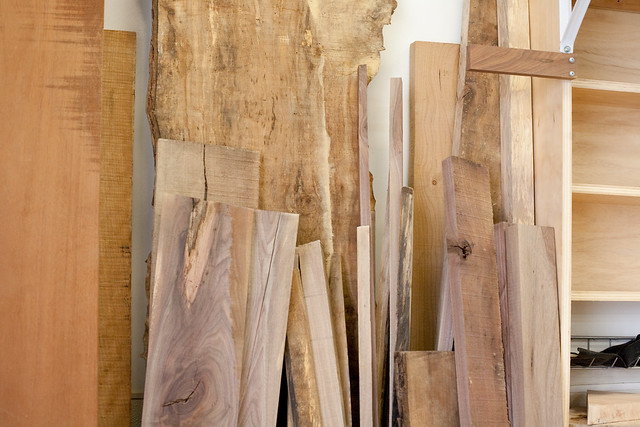 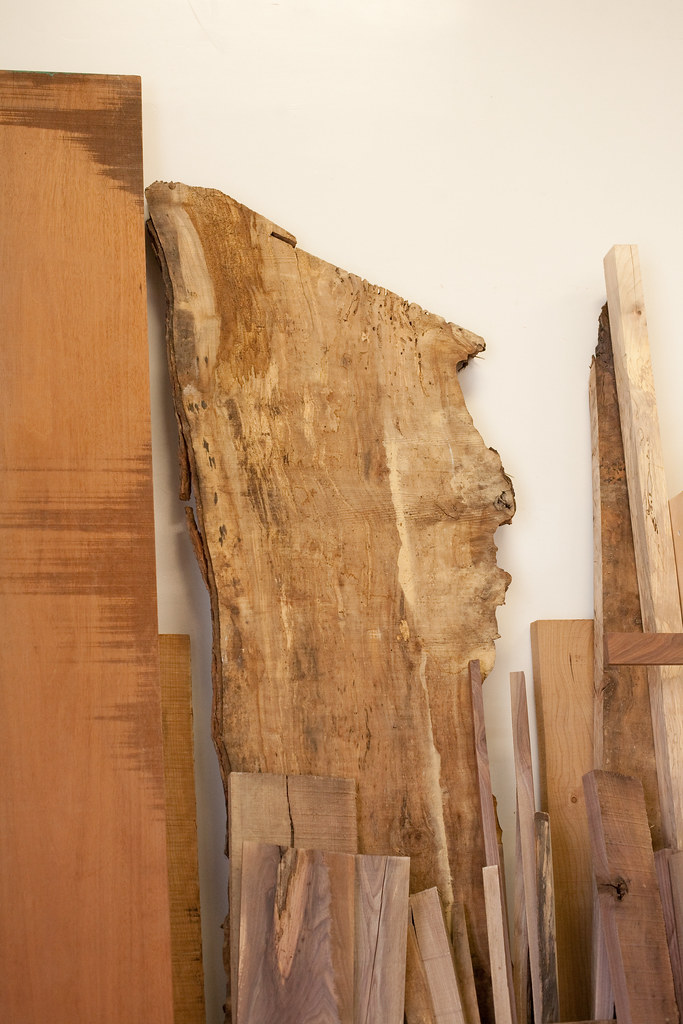 In the corner opposite her, Campbell runs Kiwi Custom Cabinetry. He says that starting this coop has “kept his shop running” after relocating from a different warehouse space across town. There, he and a couple of woodworkers occupied a similar coop, but here he and his wife Nicole are the owners. They’re thrilled to host a largely open space with room for a variety of woodworkers to set up shop, and where, Nicole says, “you can pick the wood and watch your kitchen being made start to finish.” 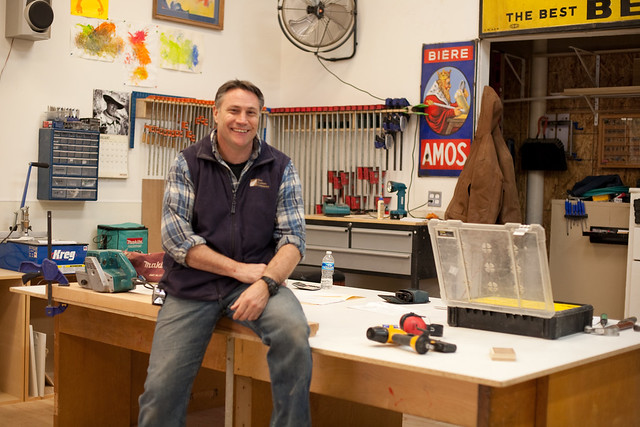 The space to the right of the entrance belongs to Lambkin Studios, run by Sean Lambkin, who makes one-of-a-kind heirloom furniture pieces. 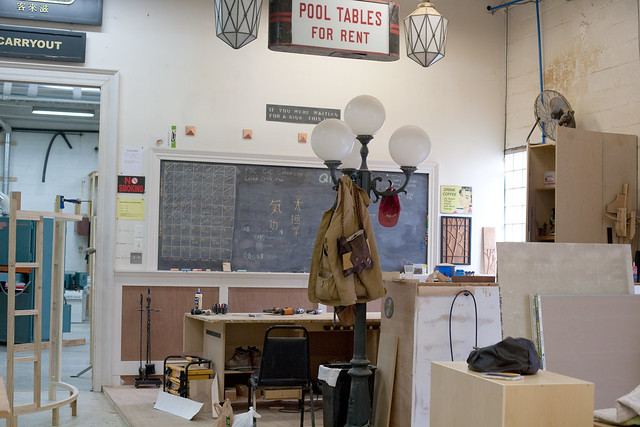 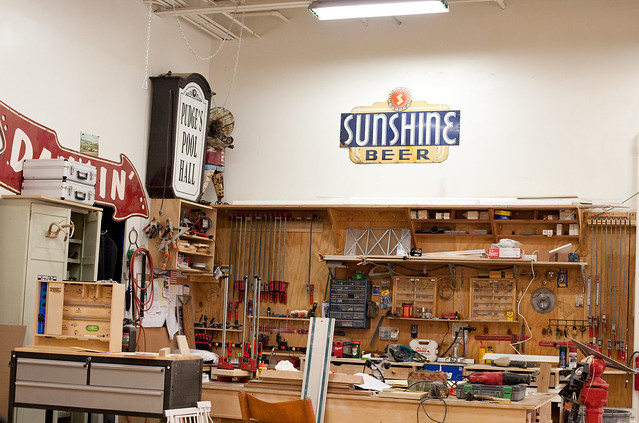 The adjacent room holds the machinery — the saws, lathes, sanders, planers — that everyone shares. 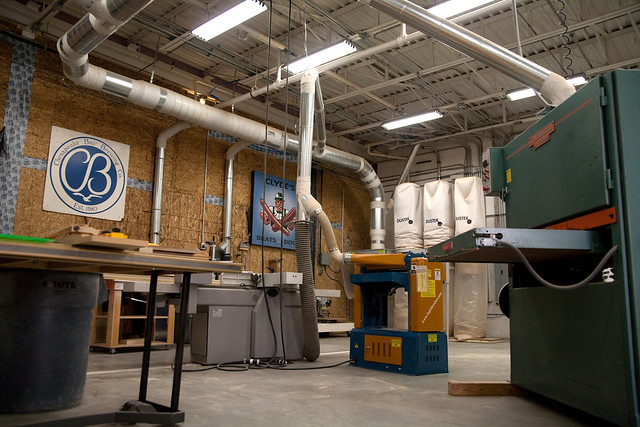 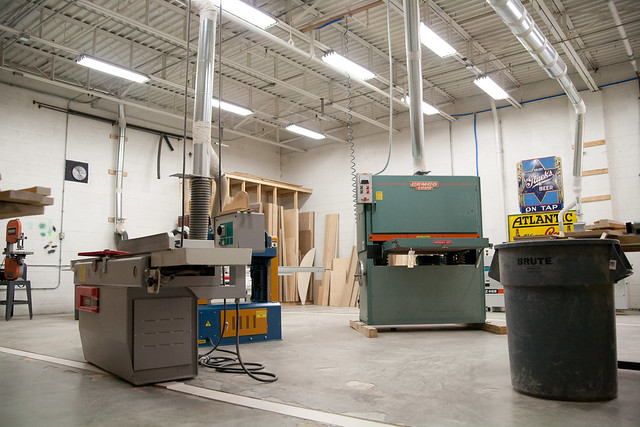 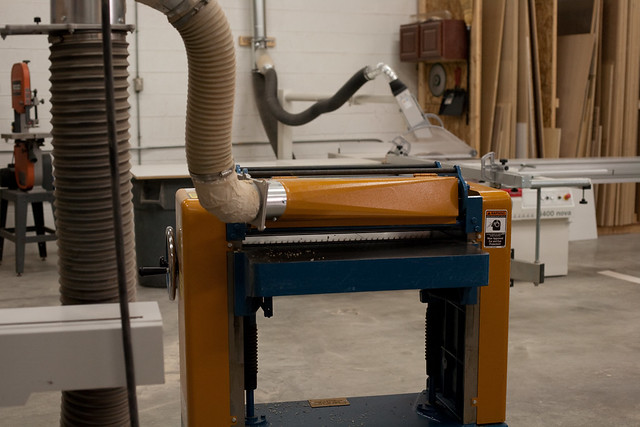 Farther back, there are areas for members to stain the wood, including a completely sealed off room used for paint and staining to occur. (Campbell and Nicole say the artists in the coop stay away from using toxic fumes and lacquers as a rule.) 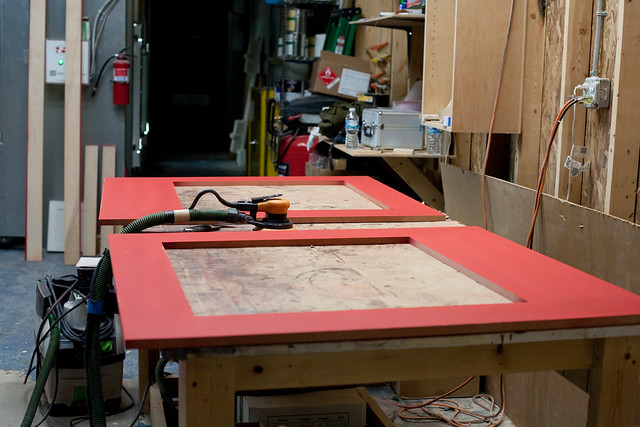 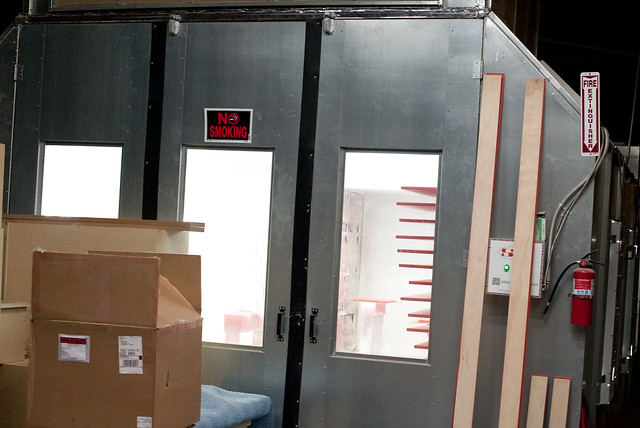 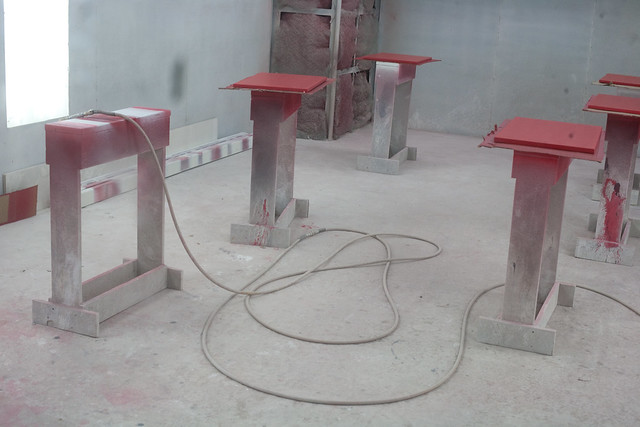 Eventually, Campbell and Nicole envision having an even more busy coop, where more artists can find space to work privately and together. They say that even now members often help each other in many ways, such as unloading wood deliveries. We’ll be back to pursue the stories of fellow coop woodworkers, and to share the fascinating step-by-step process of how Lisa worked in her corner of the space to turn giant tree slices into a show-stopping kitchen island. 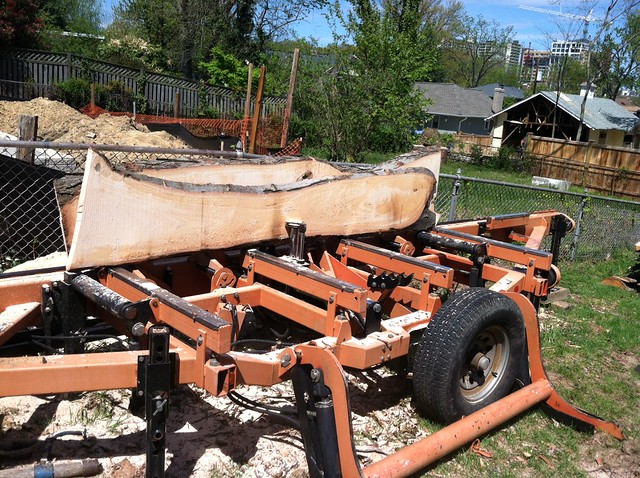