When Sally and Mark moved into their Del Ray rowhouse a few years ago, lucky for them, the main level of their house had already been updated (we showed you their unique kitchen layout here). But the one thing they wanted to change was the basement.

The previous owners used the roughly finished basement as a music studio, installing several layers of drywall on the walls and ceiling to make it soundproof. While that set-up worked well for the previous owners, it wasn’t what Mark and Sally needed.

They hired a contractor to gut the basement and add a full bathroom, creating a more usable living space for the couple and their guests. As you can see, that’s exactly what they received! 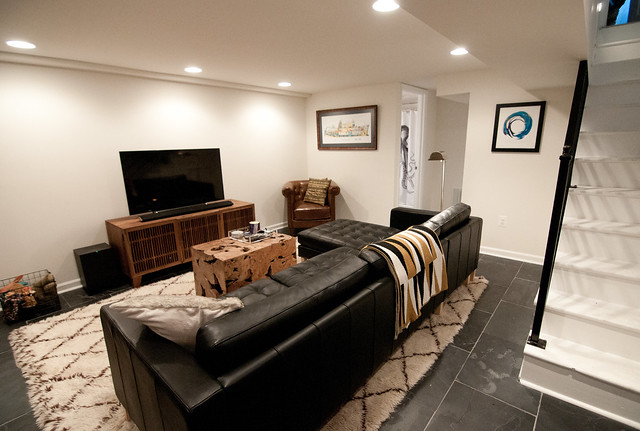 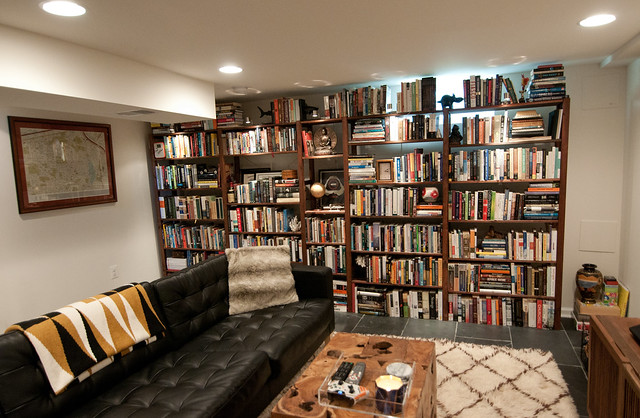 Sally picked an off white paint for the walls, black leather sectional, a soft and fuzzy rug and lots of wood tones. They found the TV console at the Crate and Barrel outlet in Old Town. 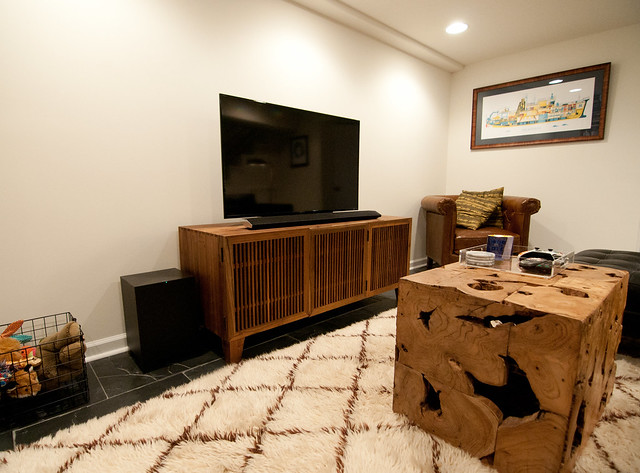 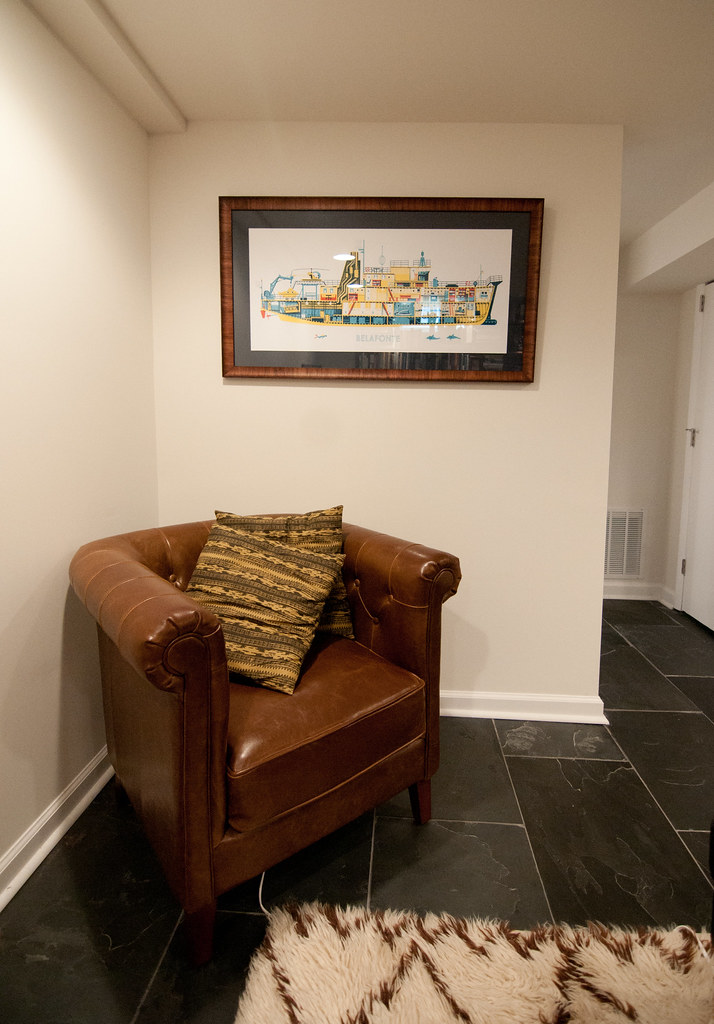 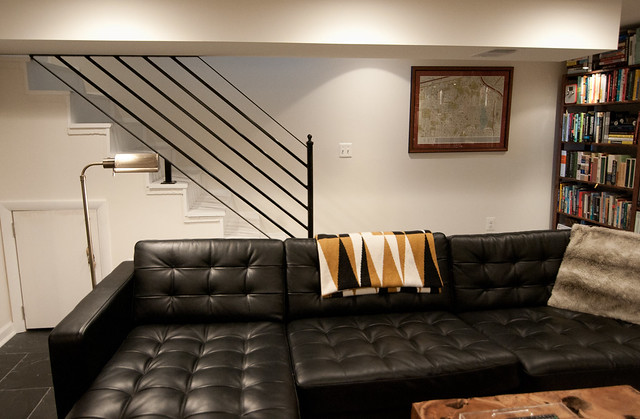 The sleek modern railing on the stairs was a custom creation by their contractor. 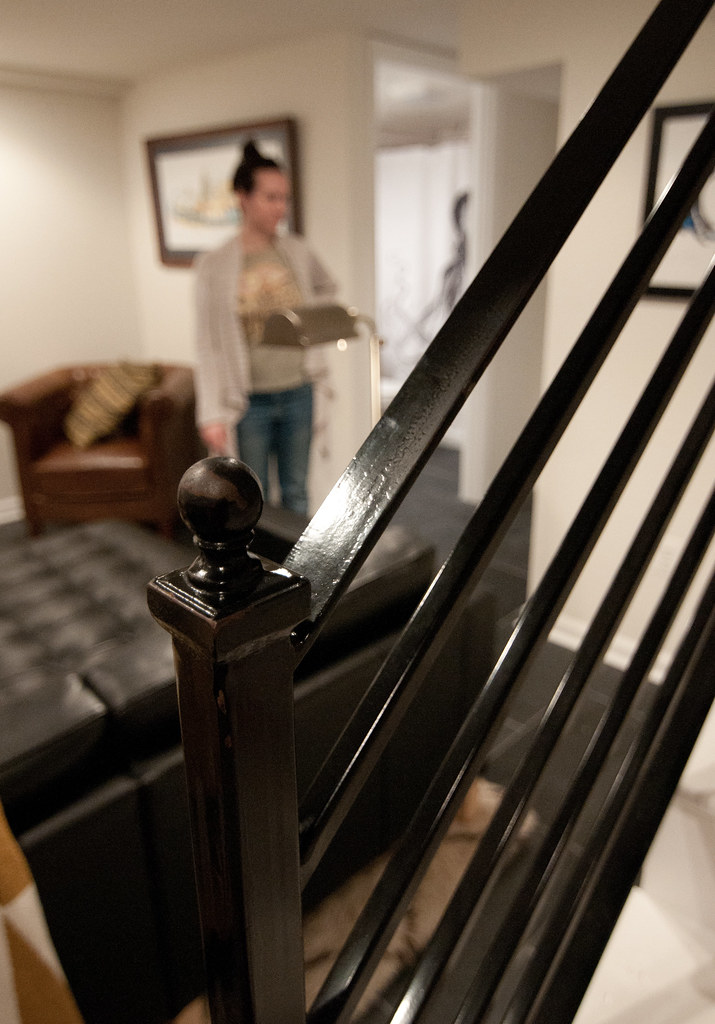 Before the wall of books could be assembled, they had the gas company move their meter to the outside of the house, an expense they weren’t completely expecting. By moving the meter, they gained more space for the shelving — it’s unfinished Ikea shelving that Sally stained a darker color. 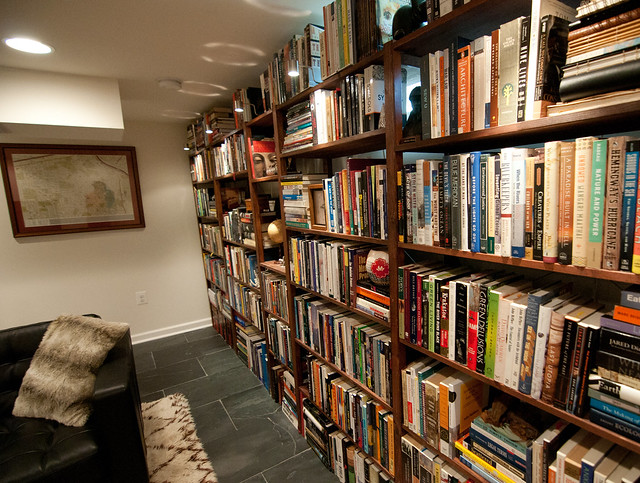 Another unexpected expense was enlarging the window in the storage room (not shown). In order to meet code requirements, finished basements need an egress. Without a door to the outside, their only option was making the window large enough for a person to climb out in an emergency.

Laundry, HVAC and extra storage are tucked away in a small room in the back of the basement. They also gained storage space by having the contractor put a little door into the wall under the stairs, giving Sally easy access to frequently used craft and sewing supplies. 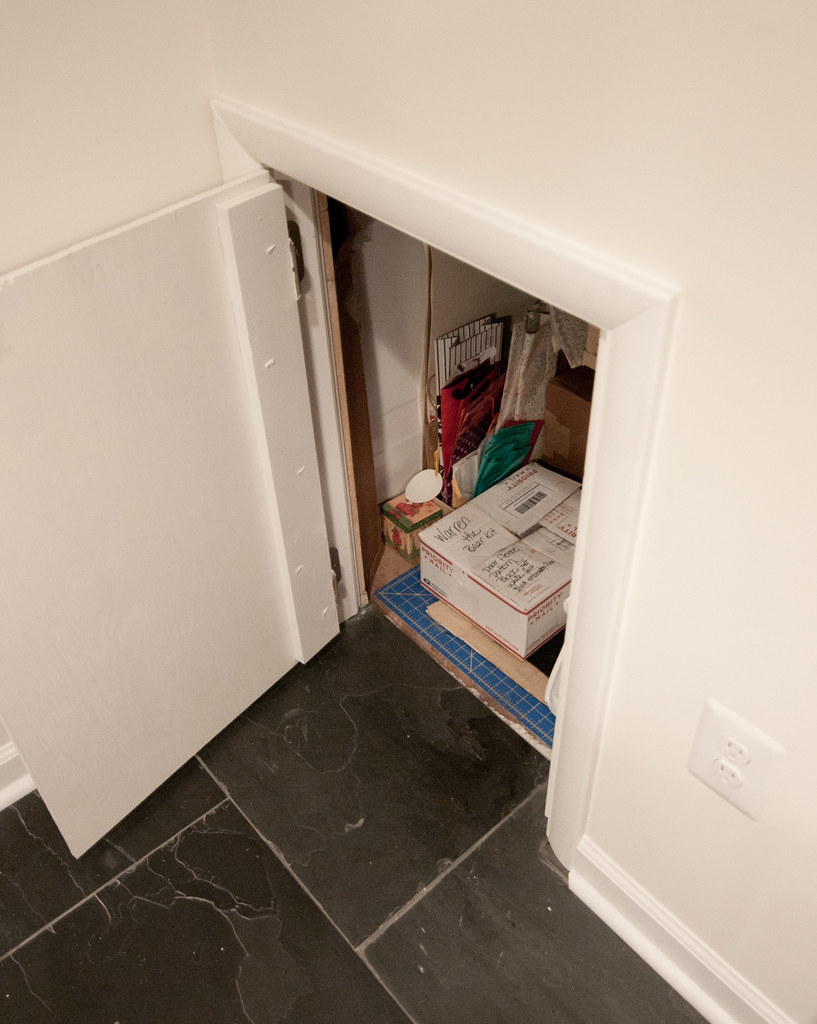 For the floors, they chose a cool wide plank slate, from the Tile Shop, that continues into the bathroom. All the bathroom fixtures are from Lowe’s. 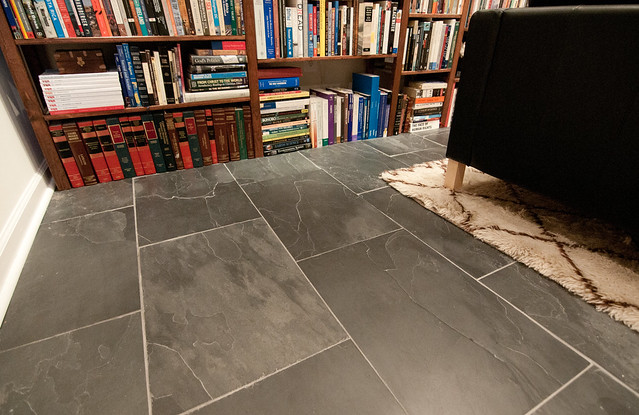 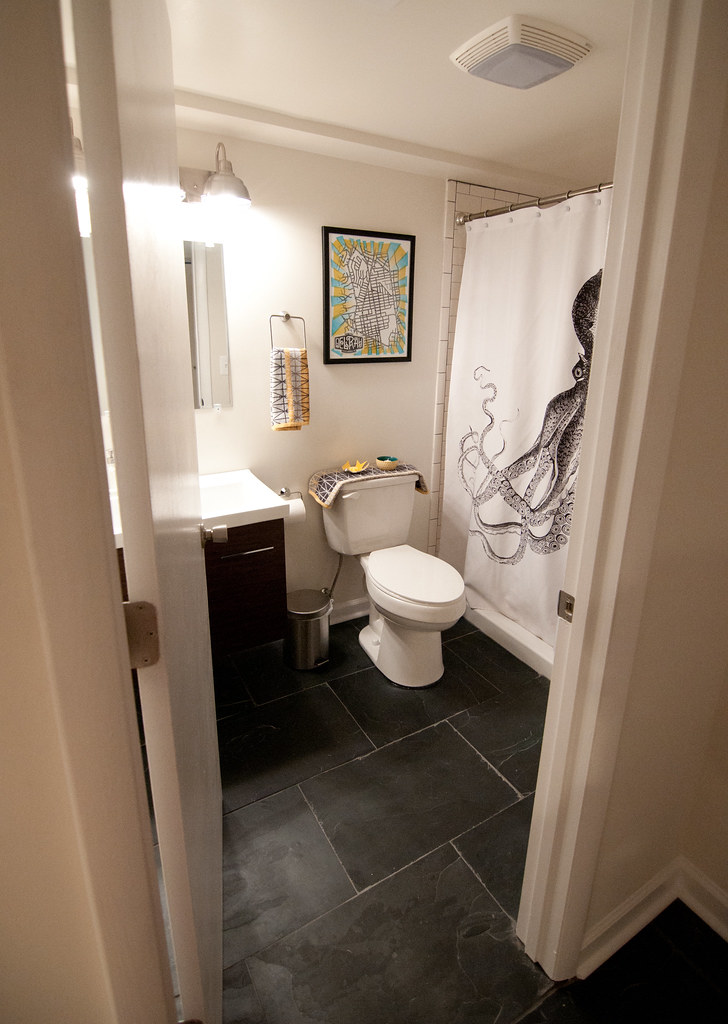 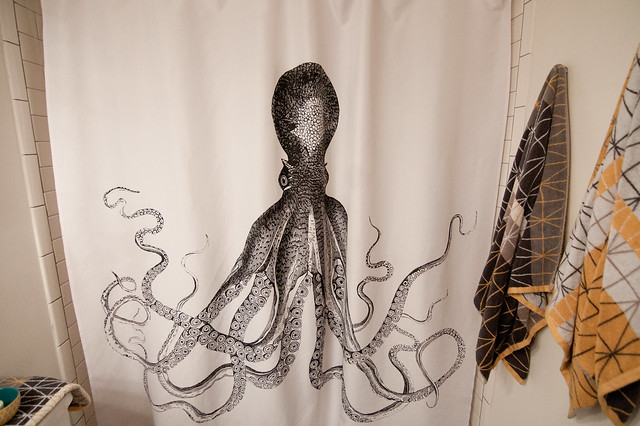 One of their challenges during the project was decluttering. They had to move a lot of stuff out before they could start the project and they continued to weed things they no longer needed as the construction continued so the finished project could be as open and clean as possible.

And three long months later, they now have a perfectly comfortable and cozy basement living space for their stunning and modern-styled home.