The Del Ray Yarn Bombers are happy to report the near completion of our first three giant yarn donuts for the new Sugar Shack Donuts & Coffee shop to be hung as part of their interior design. If you haven’t seen the early phases of the project, check out our last post on our inspiration and experiments in how to construct an enormous donut and how we came to work on this ambitious project.

So, what have we been up to? Amanda, her daughter, Kathy and some other clever crocheters finished covering an impressive number of wooden beads. 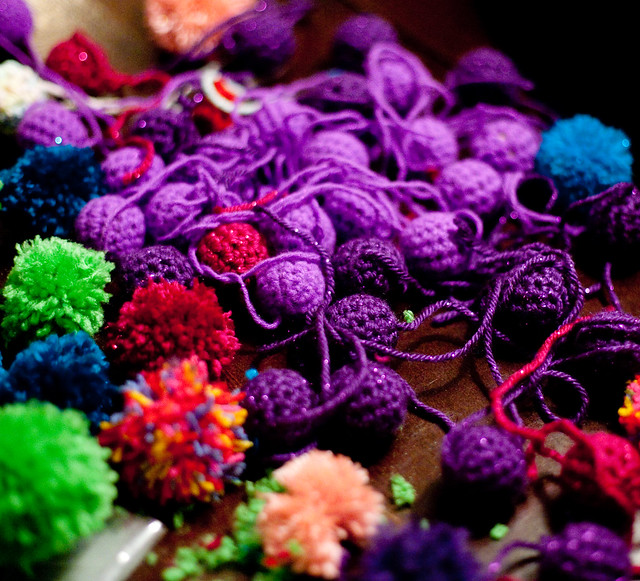 Amanda coordinated the placement of colors atop the pink “frosting” and we tied each one on over the course of a few working sessions. 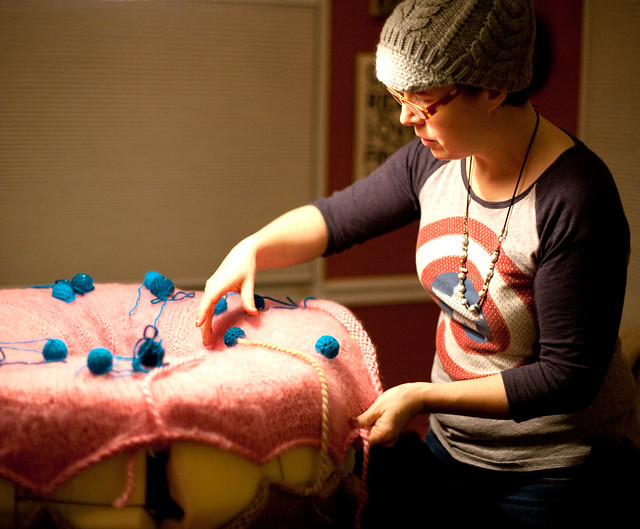 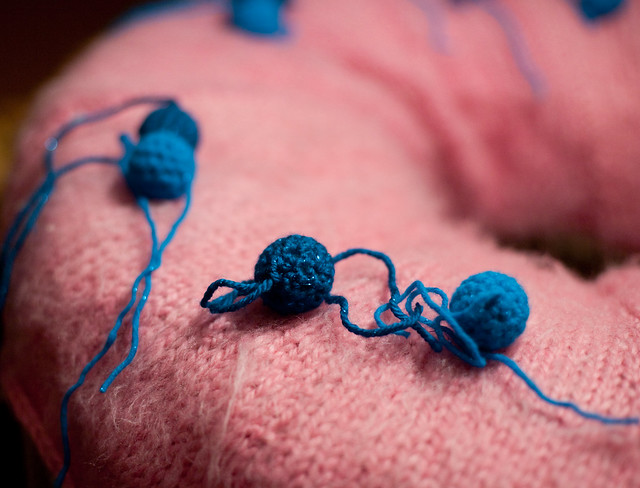 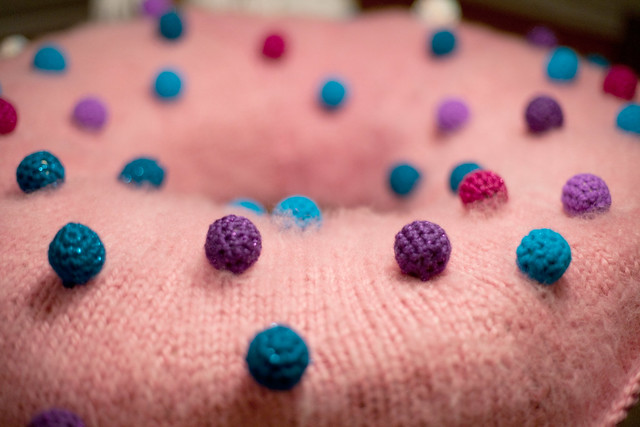 A couple of us seamed up the edges of the donut where the pink frosting meets the brown underside, all but one opening where we would later add more stuffing to make the donut good and fat. 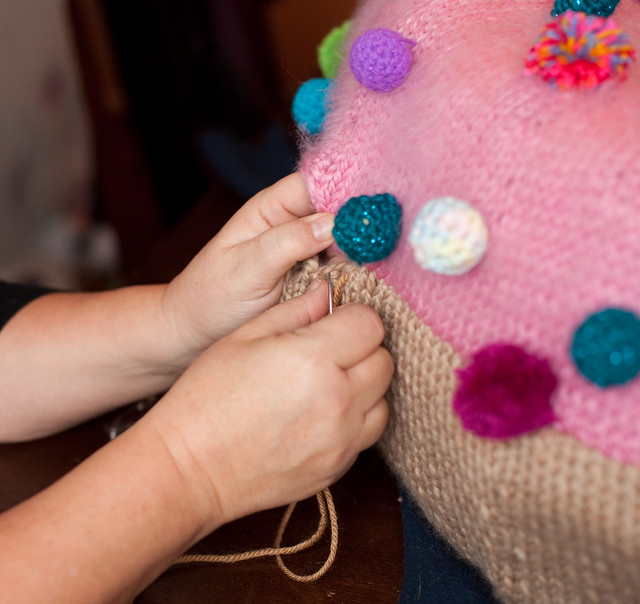 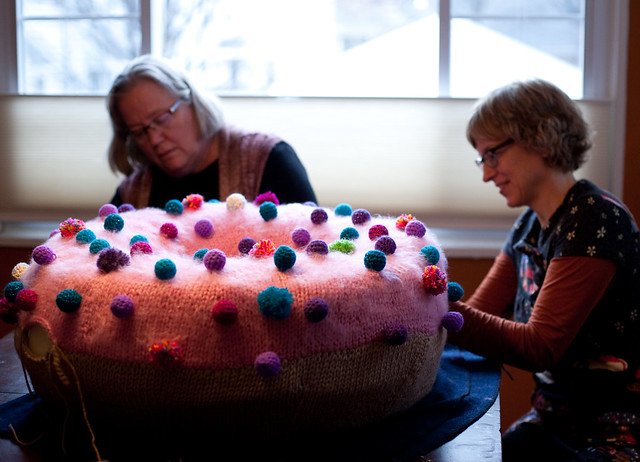 Nadja tried out the nearly finished donut as a chair while munching on an actual Sugar Shack donut (courtesy of owner Rob who had stopped by to see our progress). 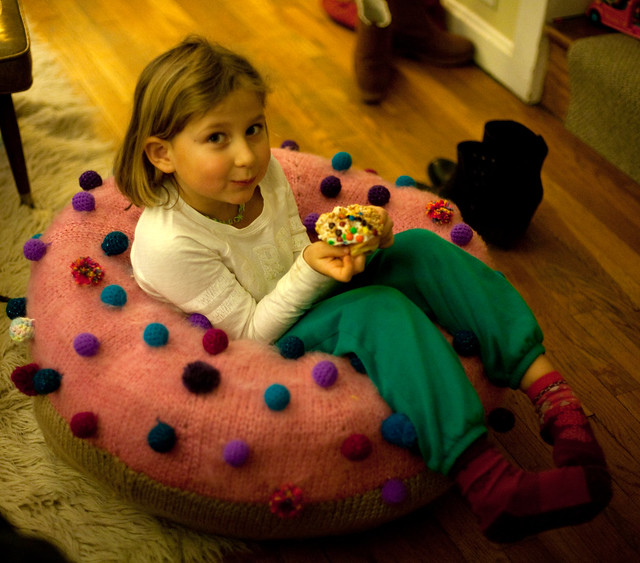 Meanwhile, we finished seaming all of the panels of the dark chocolate donut and laid out the white frosting piece that we would later stitch in place. 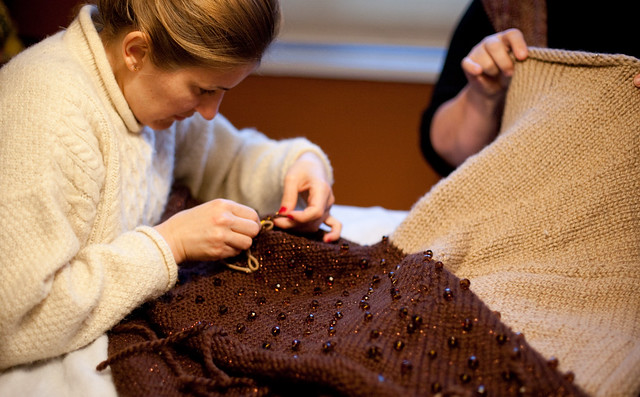 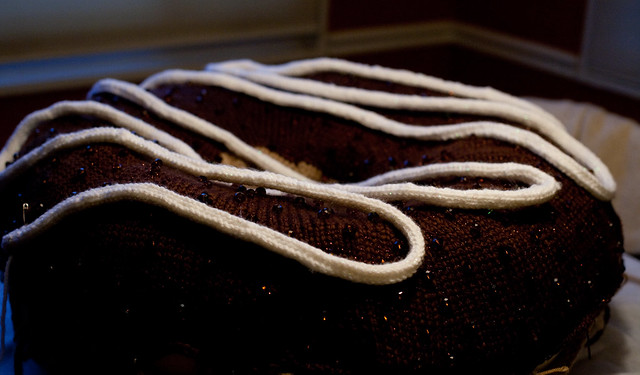 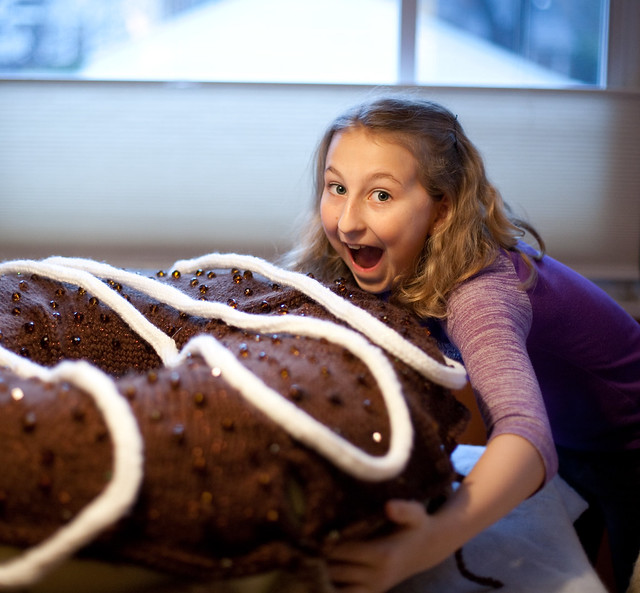 While that was going on, April kept crocheting a coil of LED rope lights to finish up our coconut cream-filled donut. 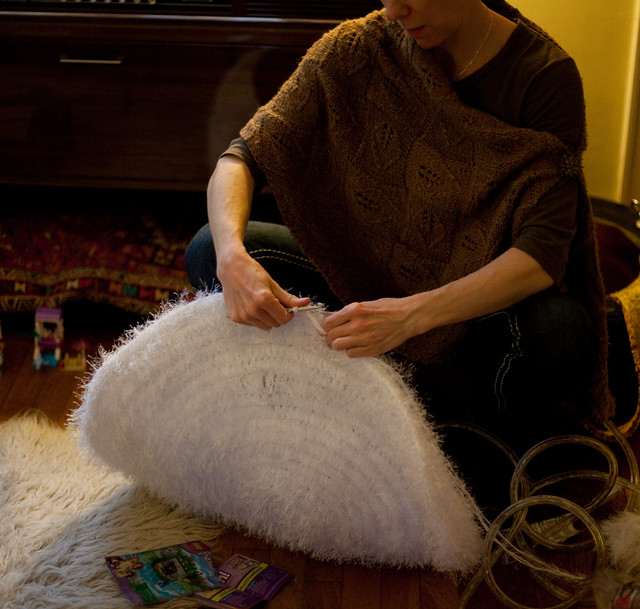 Every so often, she’d drape it over the donut form (with temporary padding) and then plug in the lights to see the donut’s final look. What do lights have to do with coconut cream, you ask? We just think they’ll look dazzling hung overhead in the Sugar Shack. 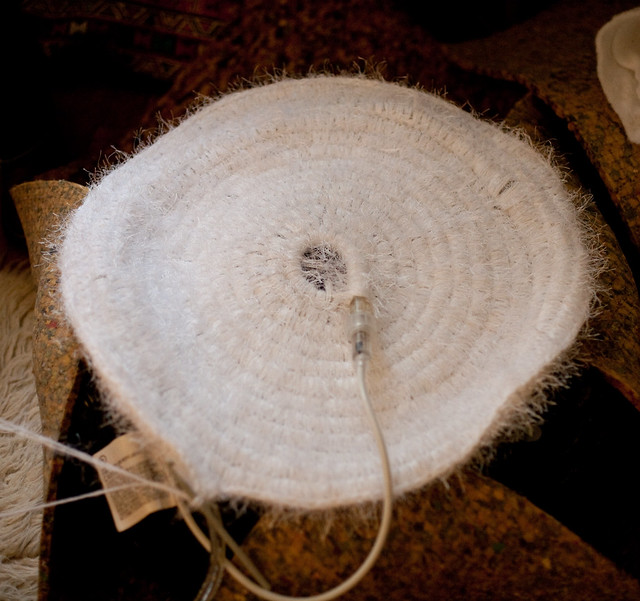 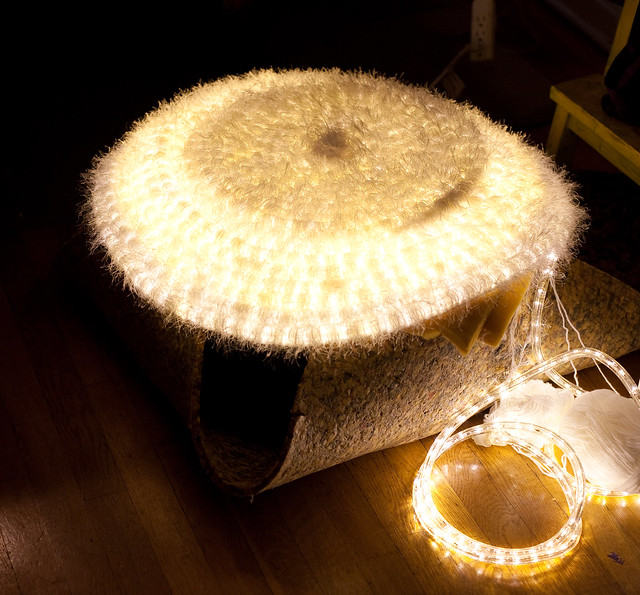 Our next post will show you how the donuts look in the space and share progress on our next three constructions – the German chocolate donut, maple bacon, and sprinkle. If you want to join our effort, we have lots to do and would love to have your help! Send an email to our Google group to join the group and receive email updates. Or comment on this post and we’ll get in touch with you.