Once again, I’m putting an old felted wool sweater to use. (I’ve used them before to make a dog sweater, holiday ornaments, and a door wreath.) This time, I used some of the wool to make little fish-shaped cat toys filled with catnip or catmint that is growing by leaps and bounds on my back patio. I dried a bunch in the house and then chopped it up to use in the toys. 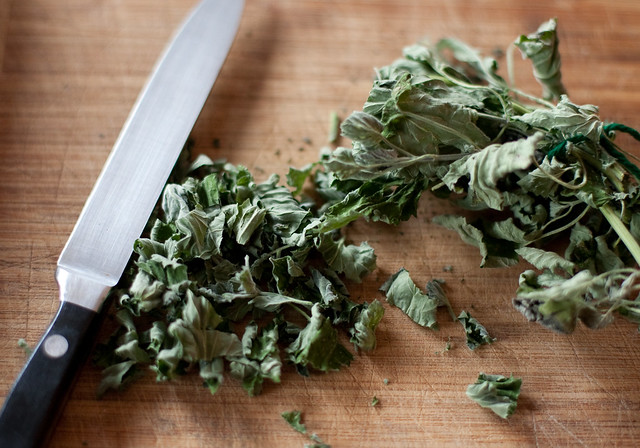 I also gathered some red felt, colorful roving, a needle felting tool, jingle bells, and embroidery thread and needle for sewing the pieces together. 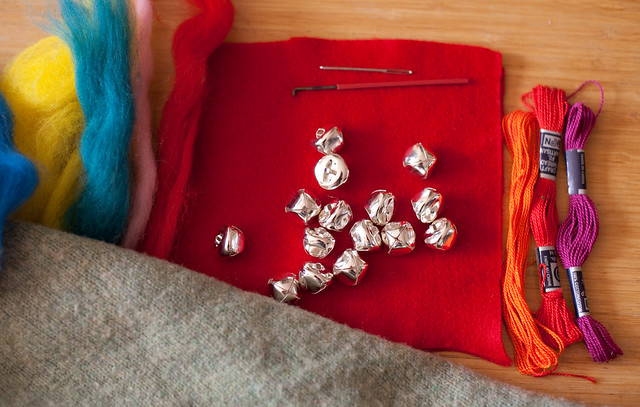 Without even measuring, since precision is not the most important thing in a cat toy, I cut out fish shapes from the felt and sweater — two matching sides for each toy. 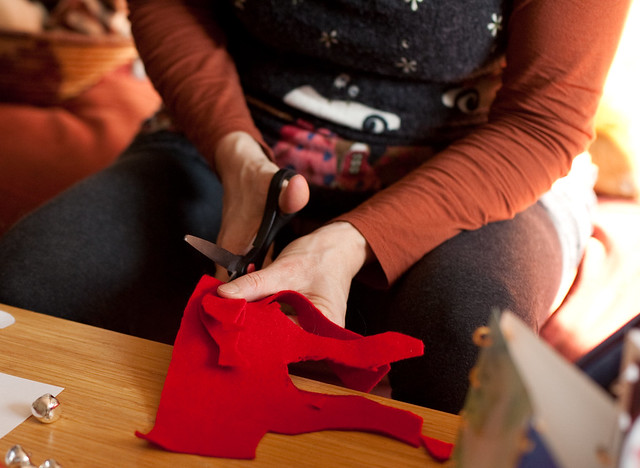 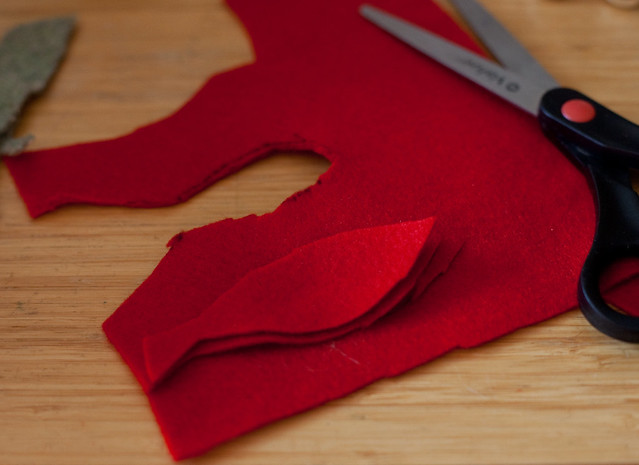 Then, my daughters and I decorated the sides with embroidery thread and the wool roving to make a fish “skeleton” and some colorful eyes and “scales.” 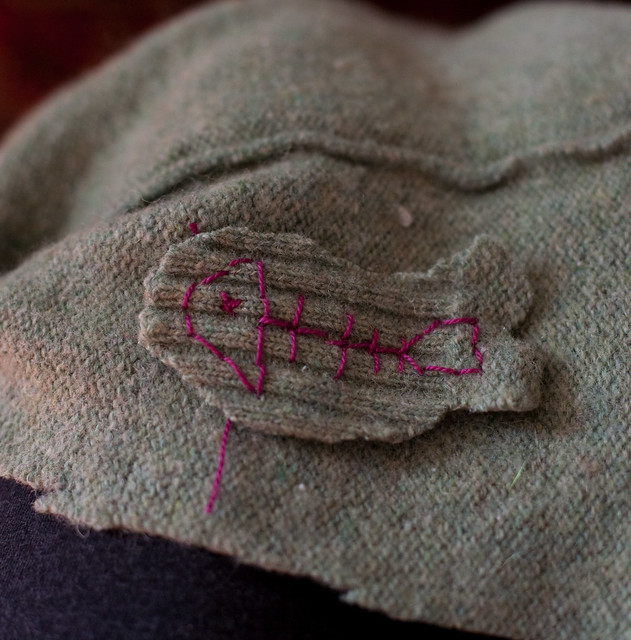 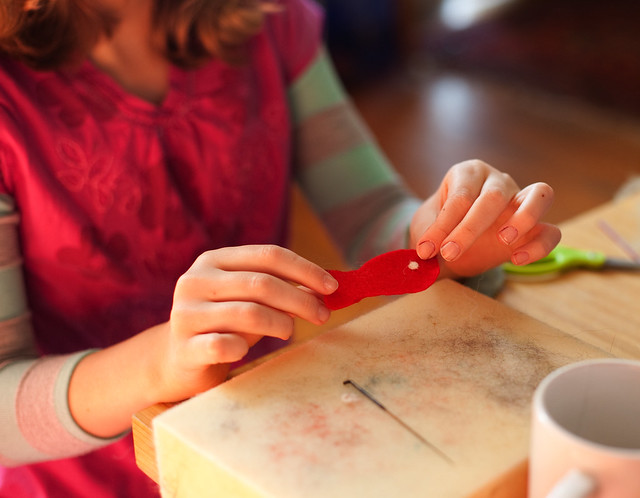 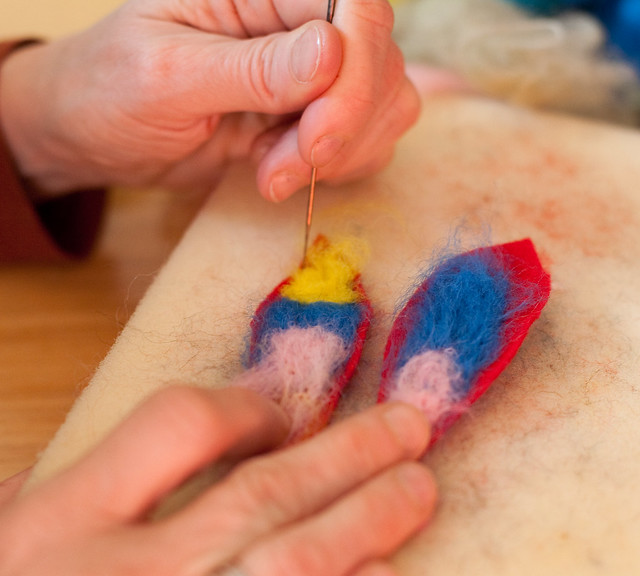 In the end, we had quite a variety of marine life to stuff and sew. 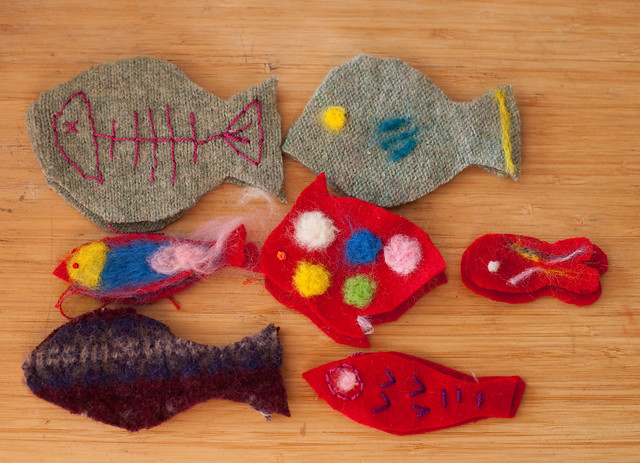 I also inserted a tail of braided roving to the back of some of the toys. 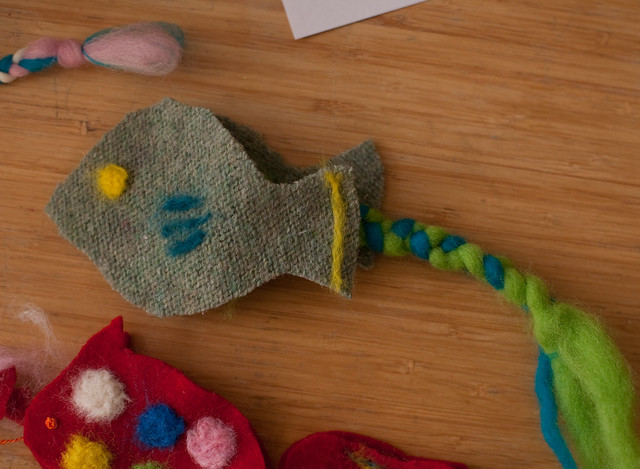 I stuffed some of the catnip inside the toy along with a bell and some more roving before sewing it up tightly. 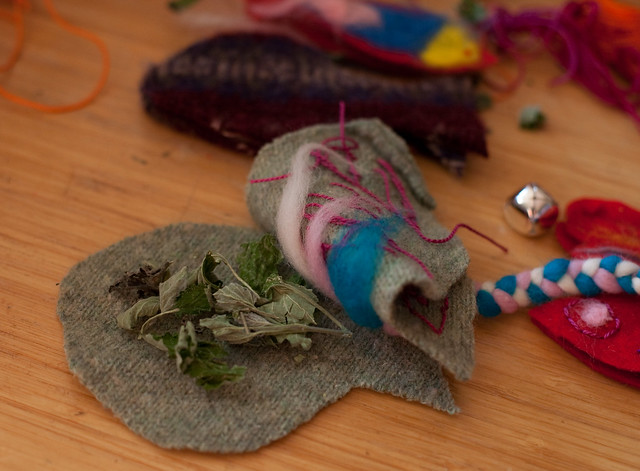 And then, since we don’t have cats ourselves, I brought a few of the toys to Katie’s house to see what her cats thought of them. 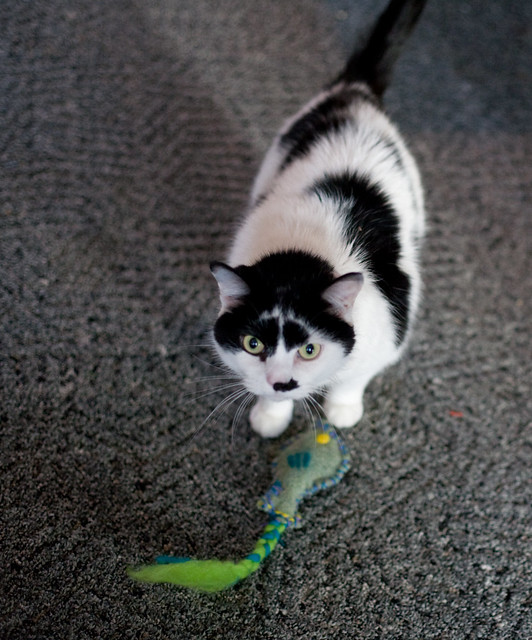 And both Buckley and Pamplemousse took a close look, a sniff, and then proceeded to lick the toys and roll on them. I guess that means, in cat language, that they like them! (Later, Katie said they licked off some of the embellishments like the eyes, so you may want to leave the added bits off if you make some yourself.) 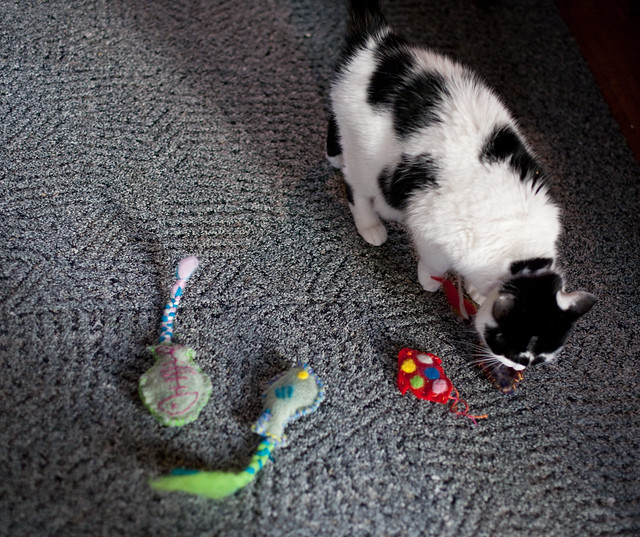 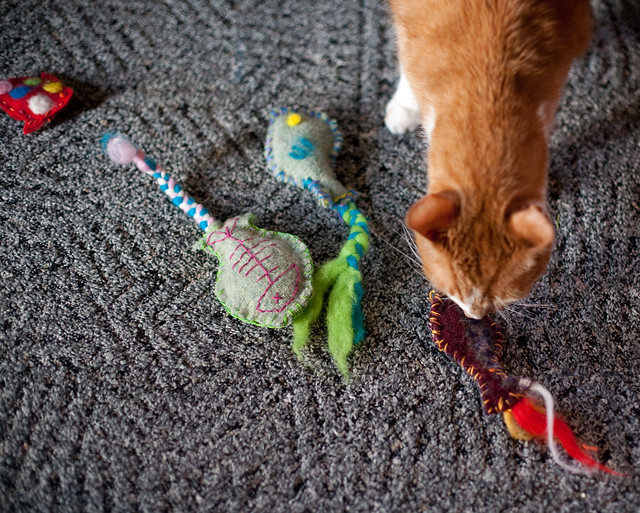 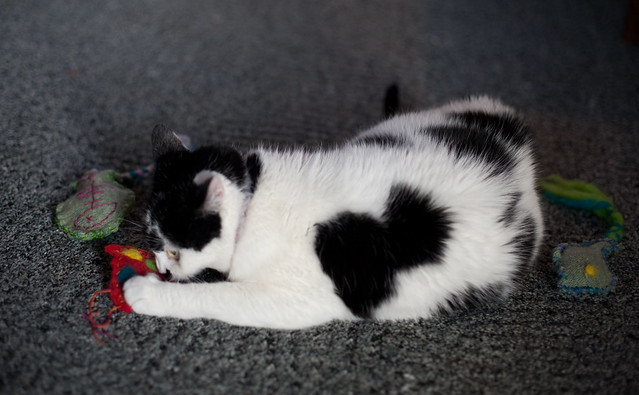 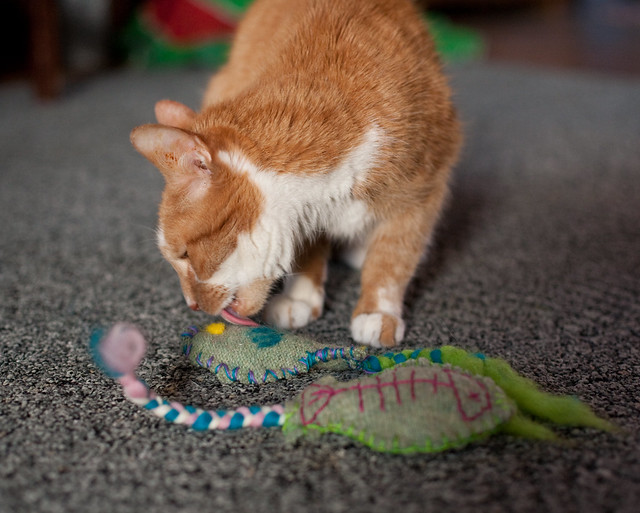 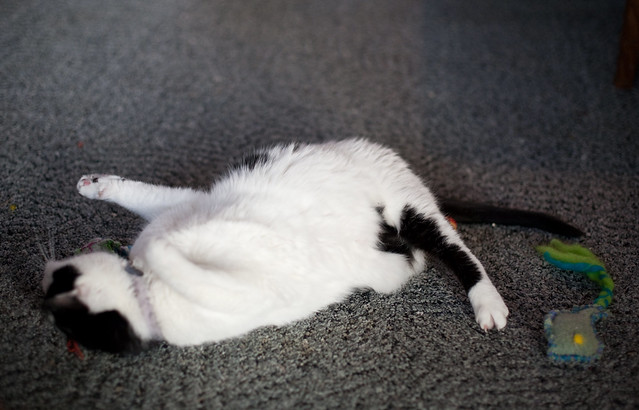 Thanks to the vote of confidence from Katie’s “test kitties,” I’ve wrapped up a few for my brother-in-law’s cat “Dr. Claw” for Christmas.