I first noticed the remarkable wooden rocking horses in Paul and Sheri’s house when I previewed their home for the Del Ray House & Garden Tour. 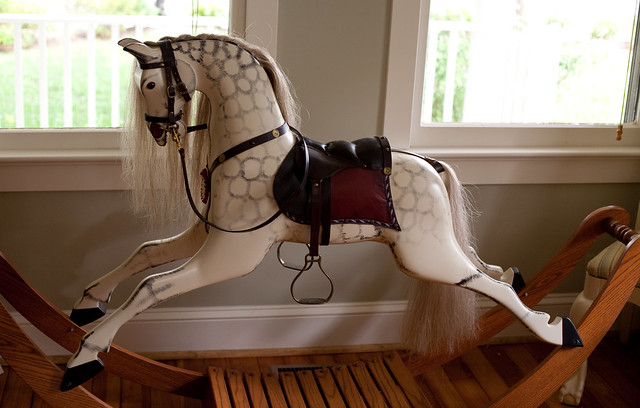 Paul let Nadja sit on one as he told me about their venerable history. He shared his passion for building and carving the horses by hand, a skill he learned growing up in England with his father who, he says, “made everything,” including wooden toys for Paul and his siblings. 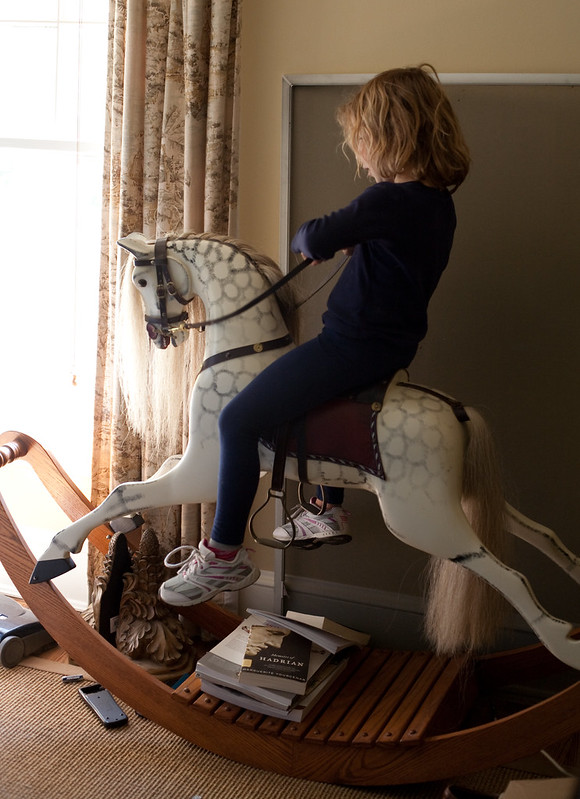 The other day, Paul showed Katie and me three of his English rocking horses, one in a state of repair, which he is in the process of restoring. 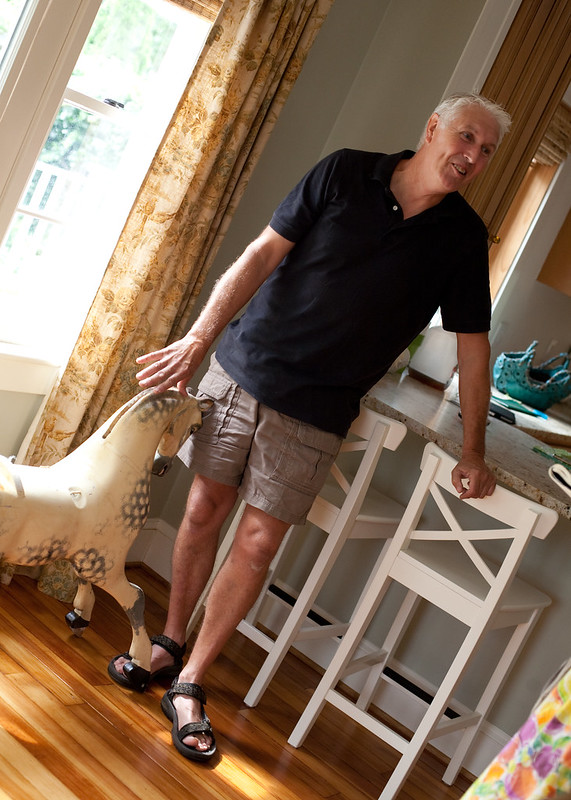 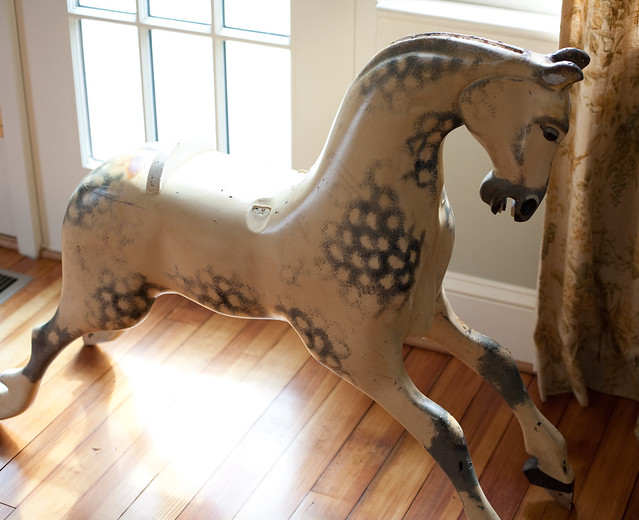 The horse belonged to his grandchildren, but had suffered damage in a house fire. He’ll strip, sand, and repaint the horse and then donate “him” to charity. 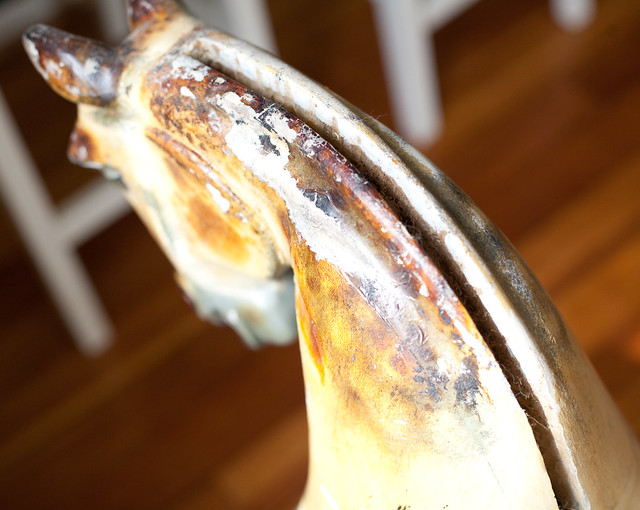 Pulling out some of his reference books, Paul told us a bit about the history of rocking horses, how in the 1600s, the children of knights used them to learn how to ride horses and practice jousting on the bow rockers. The horses developed into toys by the late 1700s and became more intricately carved over time. 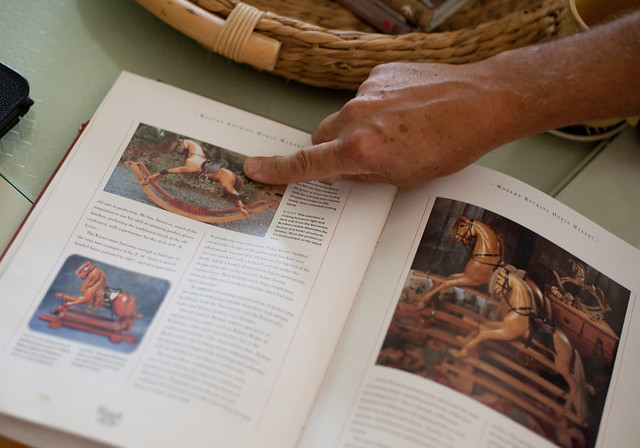 Paul models his horses on the designs of Frederick Henry Ayres, a London-based rocking horse carver, who made large, elegant horses with graceful proportions and finely carved heads and necks. 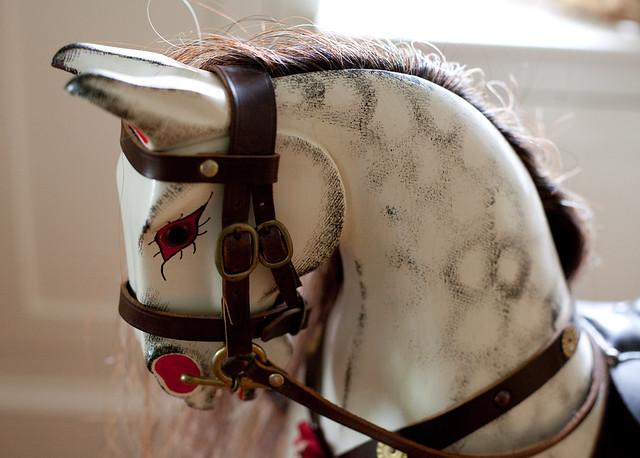 He paints them in the traditional dappled grey of the Ayres horses. 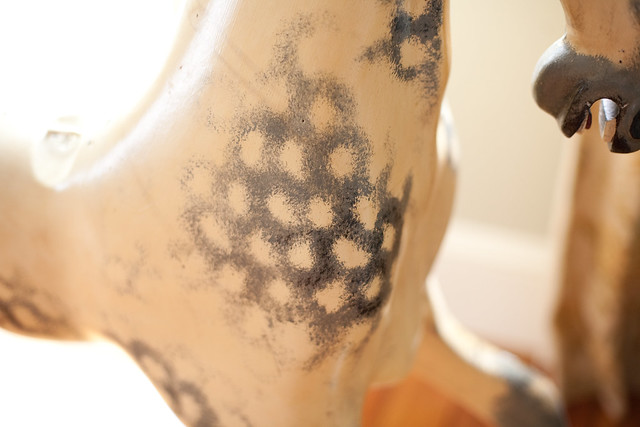 When Paul builds the horses, he starts with nine blocks of tightly grained bass wood, cut in squares and then glued together. He’s been practicing his trade for 20 years from his home, making the horses one by one for commission and the pure love of the craft. Each one takes about 70 hours (on top of his full-time job as a contractor). 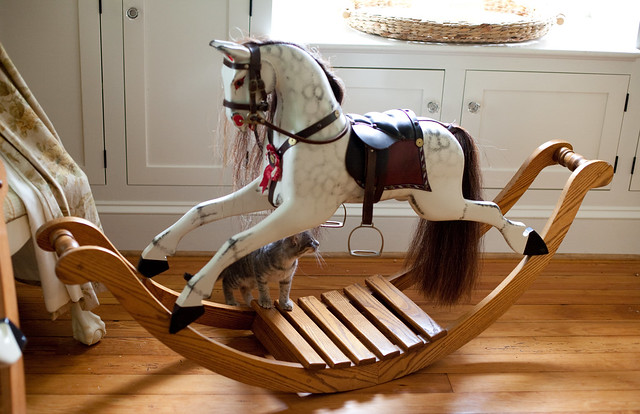 He showed us the basic carving tools he uses — chisels of different sizes, a spoke-shave hand plane cutter, and a mallet for tapping the chisel. 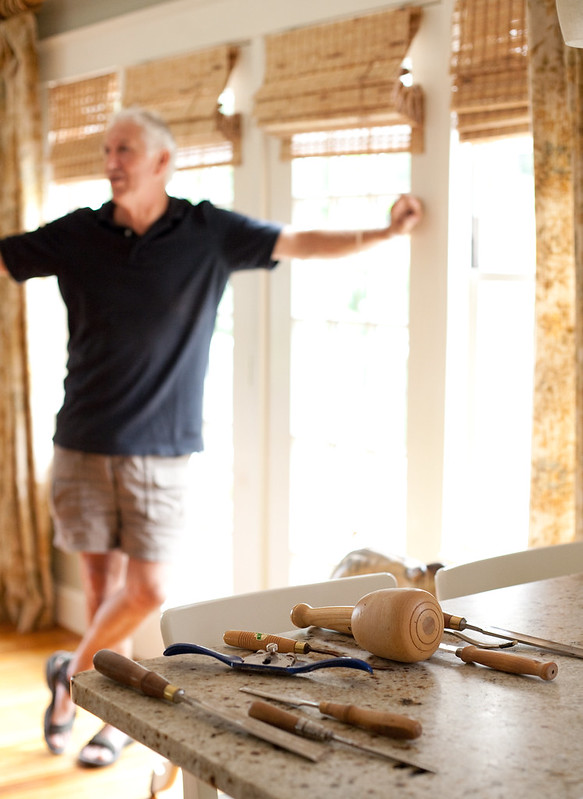 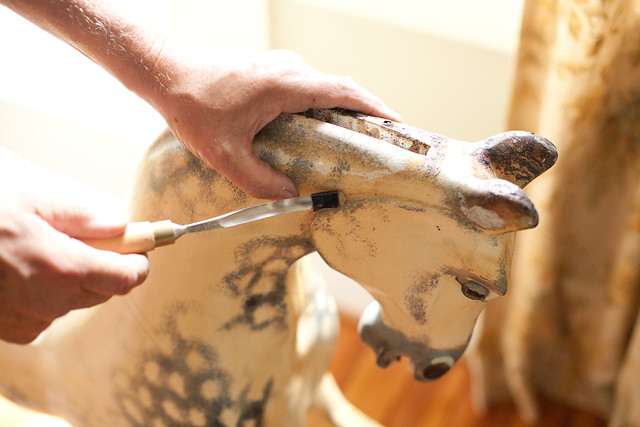 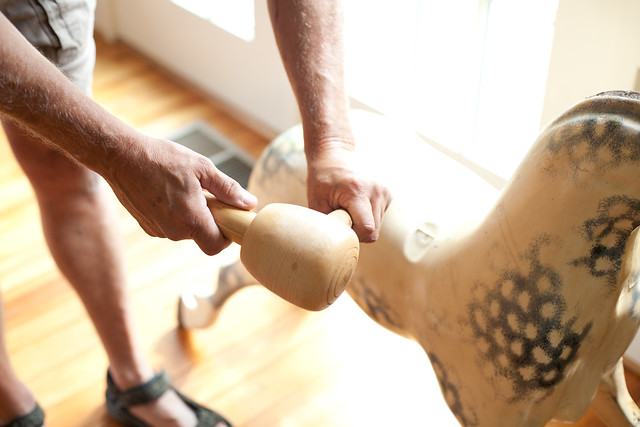 The real horse hair comes from horses in England whose manes are trimmed for hunting season. 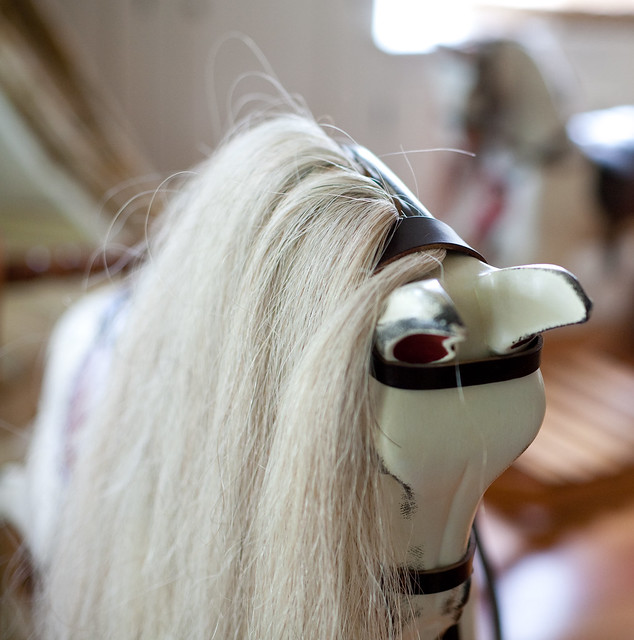 He’ll also use gesso, latex paint, and polyurethane to give the horse an antique finish. The belly, he told us, is hollow, which became a way in the Victorian age to make the horses lighter and more stable. Often, a scroll in the hollow would list the carver’s name, the date of the horse, and other details. But, unless you destroy the horse, the insides remain a mystery. 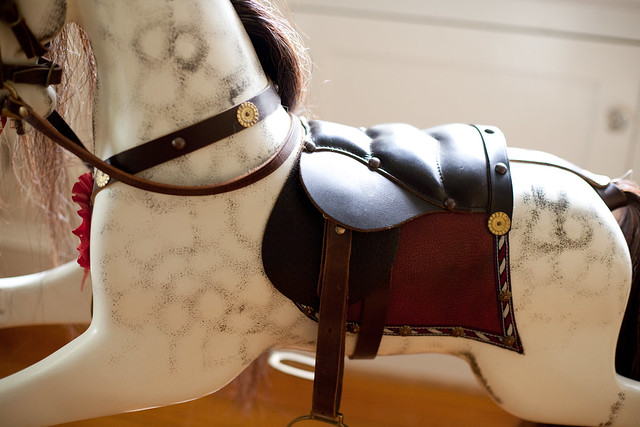 In keeping with same “rocking horse tradition,” Paul also includes the story of his bespoke horses when he builds them today. You can send Paul an email if you’d like to talk with him about his English rocking horses.