What started out as an errand to Richmond turned into a serendipitous discovery of the up and coming Richmond Arts & Cultural District in the Jackson Ward neighborhood. Last week, I met my sister-in-law in Richmond to pick up my oldest daughter who had been visiting relatives in Raleigh over the past week. We met at a restaurant a friend recommended on Foushee and Broad Street called Tarrant’s Cafe. 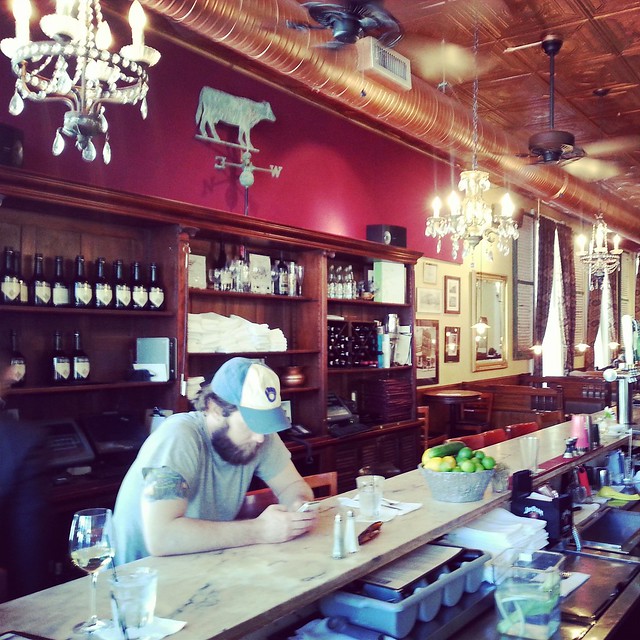 What I didn’t expect was that our location would be in the heart of the Richmond Arts & Cultural District, an area officially designated as such by the City Council in 2012. The entire district spans 80 blocks. While waiting for my Raleigh family to arrive at the end of my daughter’s stay with them, I strolled around 4 or 5 blocks in the Jackson Ward area, taking photograph after photograph of storefronts and street art in the colorful, historically rich area. 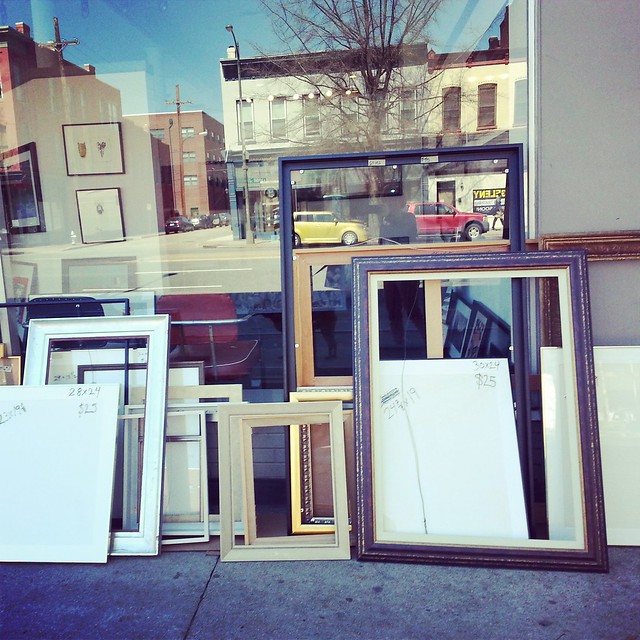 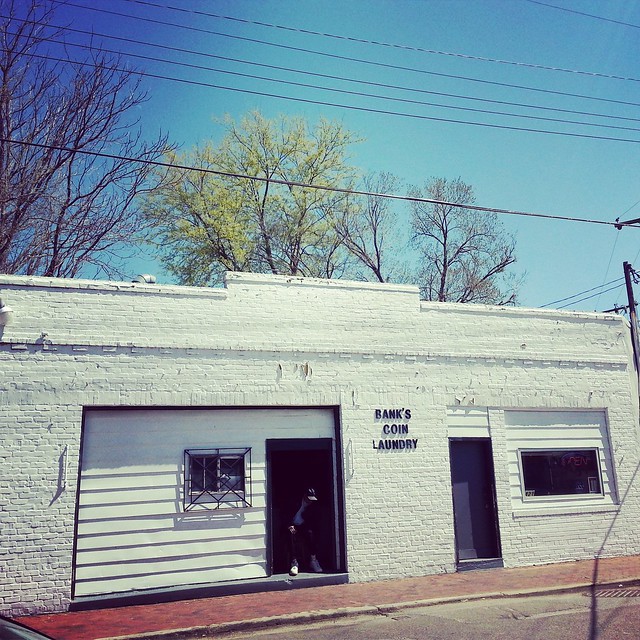 Everywhere you turn, there seems to be another quirky, fun, huge mural painted with total abandon and obvious artistic skill. 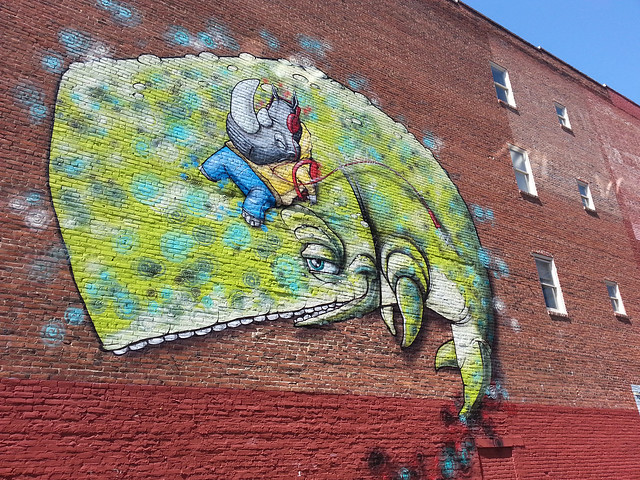 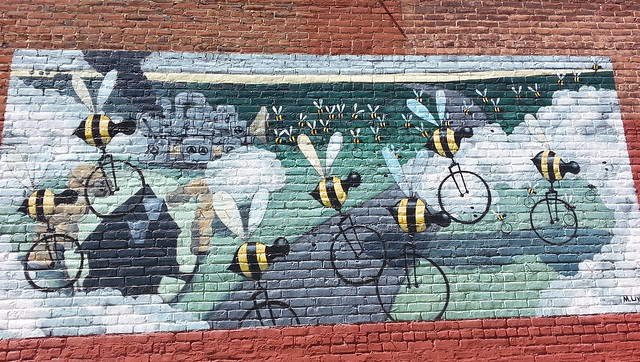 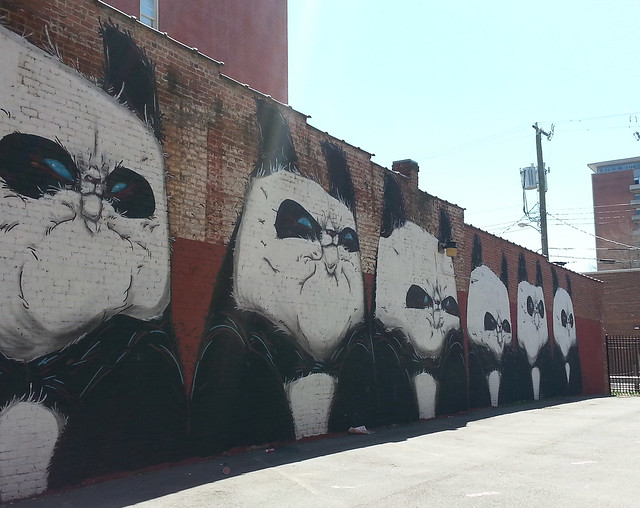 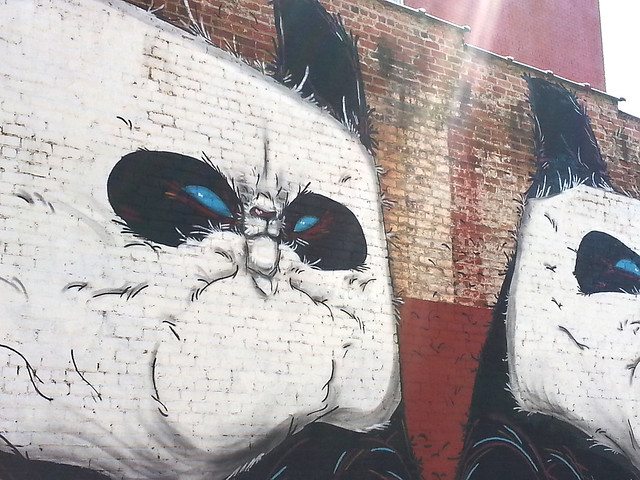 I peered in the windows of this Atlas building through the kid-designed transparencies in the windows and noticed a youth art session going on. The organization, I later learned, is a project of Art 180, whose mission is to create and provide art-related programs for young people living in challenging circumstances, encouraging personal and community change through self-expression. 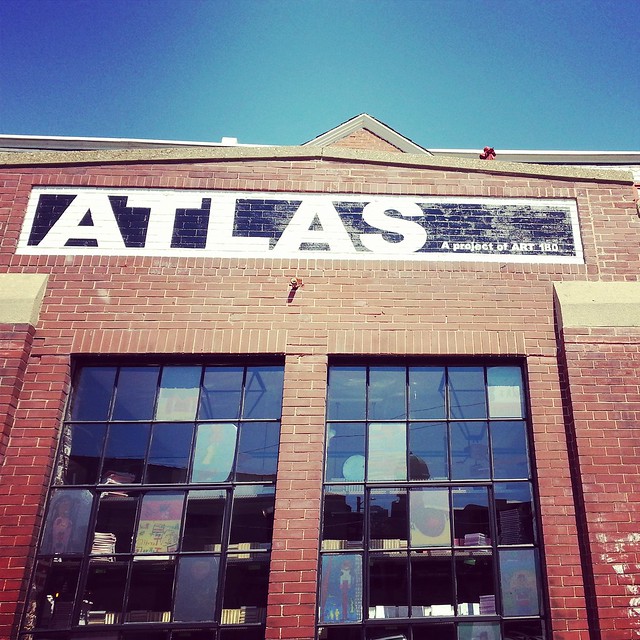 Walking past this building on an empty sidewalk, the sounds of someone practicing piano drifted from one of the upstairs windows. 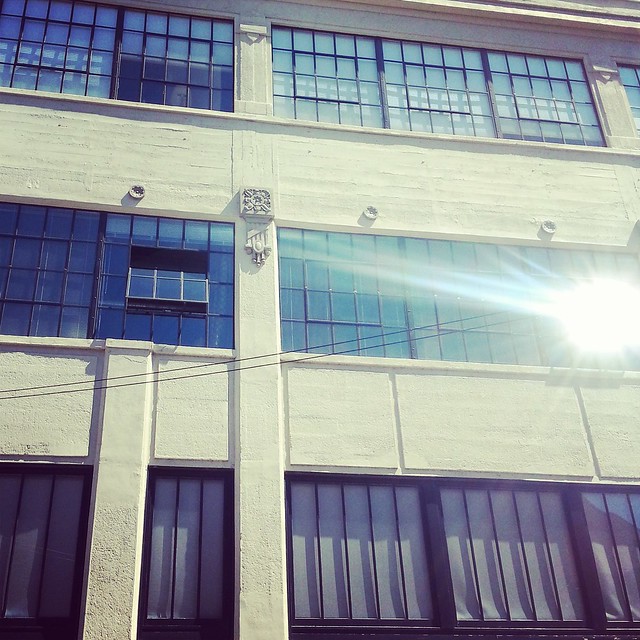 I chatted for a few minutes with the owner of an art gallery on Broad St. called Quirk. He’s also an artist who shares a loft with other artists nearby. He told me about the long-held history of Jackson Ward as a center for Black culture, art, music, and business, and of neighborhood’s latest incarnation as an incubator for artists, makers, and entrepreneurs. He says it’s somewhat like Williamsburg, Brooklyn, but without the outrageously high cost of living. 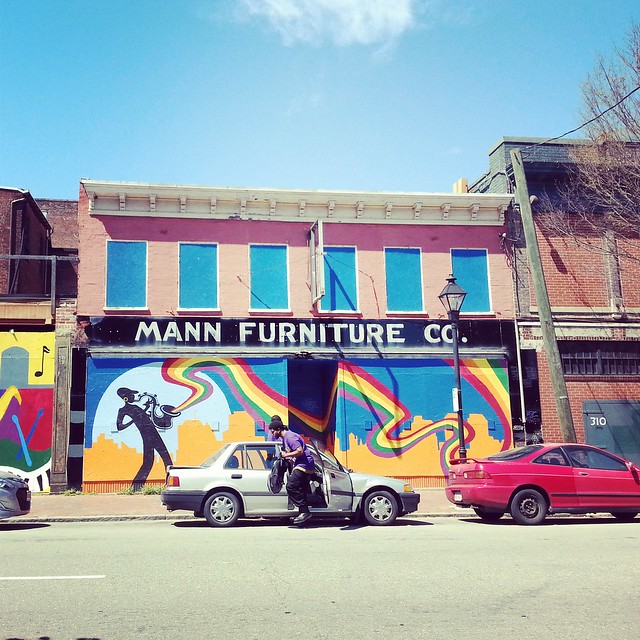 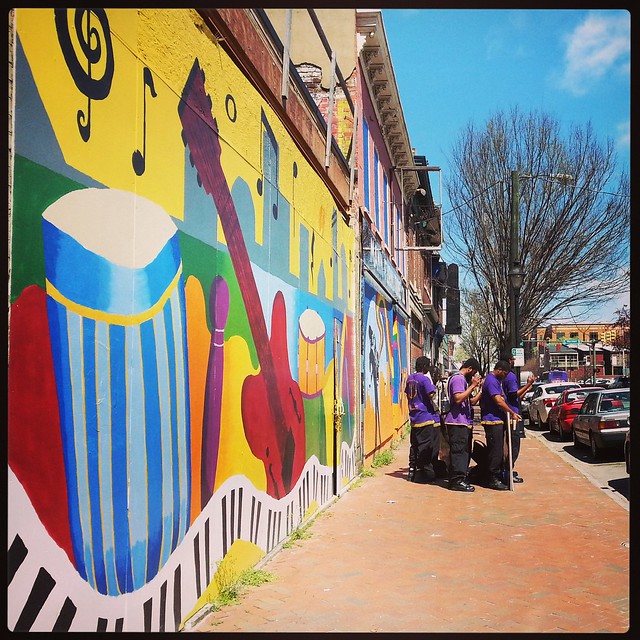 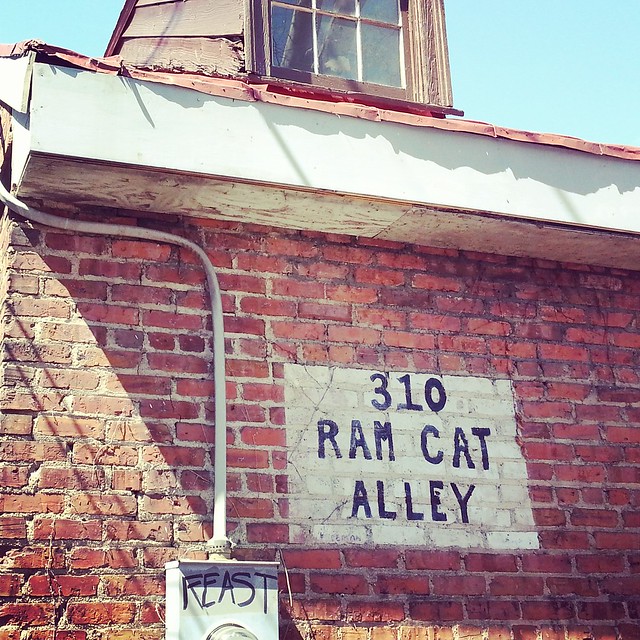 Among its current exhibitions, I was very taken with the mixed media work of Amy Rice. 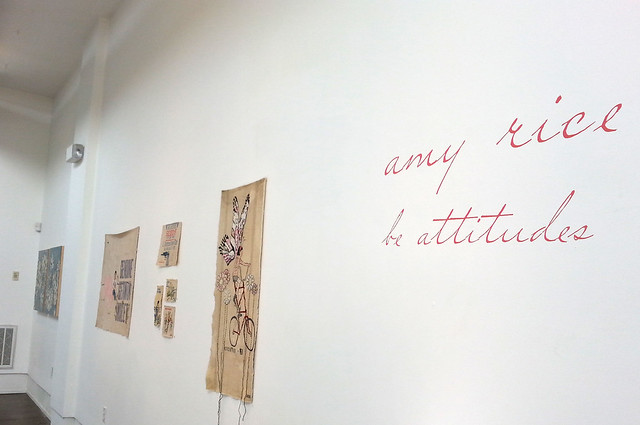 Her canvas for these pieces are feed sacks from her family farm, mended by hand by her grandmother to be used again and again. 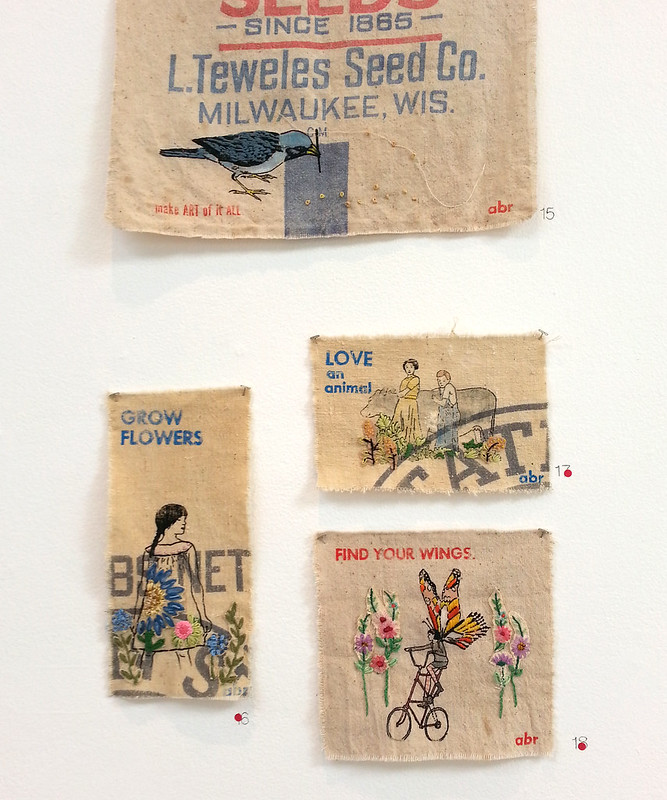 I bought one of her prints for Nadja who turns 6 next week. 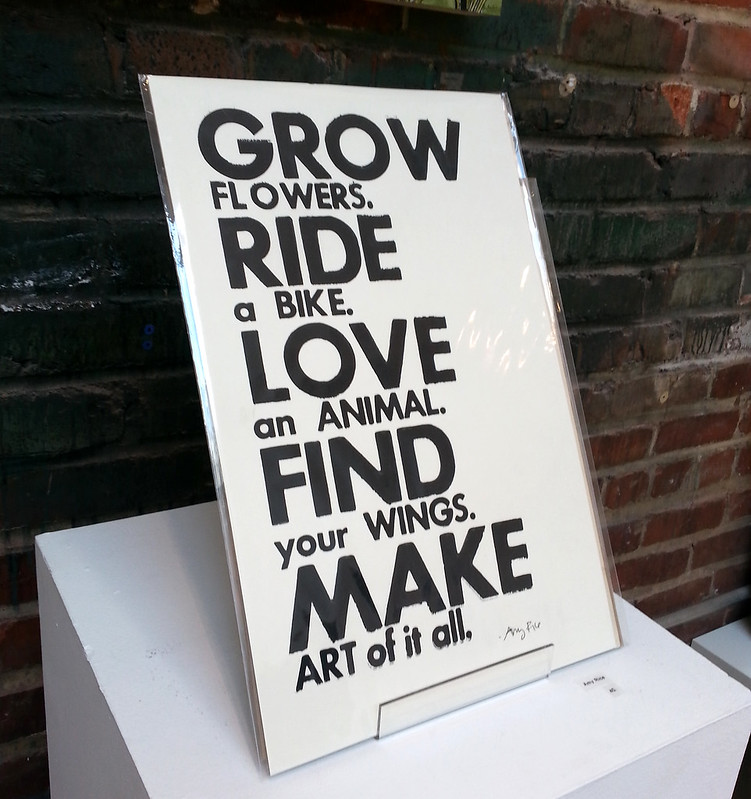 The section of the Richmond Arts & Cultural District that I happened upon is a smaller subset of the main arts district and runs from Belvidere to 2nd Street, and Grace to Marshall streets – the First Fridays Art Walk boundaries. First Fridays are a year-round art walk, featuring the shops, galleries, restaurants, and organizations in the Arts District. I think our next drive to Richmond will be to take part in a Friday Art Walk and spend another day exploring the larger Arts and Culture District of Richmond, VA.